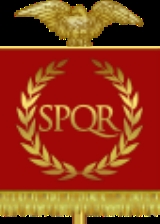 Encyclopedia
The following is a list of notable sports stadium
Stadium
A modern stadium is a place or venue for outdoor sports, concerts, or other events and consists of a field or stage either partly or completely surrounded by a structure designed to allow spectators to stand or sit and view the event.)Pausanias noted that for about half a century the only event...
s (or stadia), ordered by their capacity
Seating capacity
Seating capacity refers to the number of people who can be seated in a specific space, both in terms of the physical space available, and in terms of limitations set by law. Seating capacity can be used in the description of anything ranging from an automobile that seats two to a stadium that seats...
, that is the maximum number of spectators they can normally accommodate. The capacity figures are standard, permanent total capacity, including both seating and any standing areas, and excluding any temporary seating. Whenever possible, capacities are taken from the figure stated on the official website of the stadium, its tenants, or a sports event it has hosted. A stadium's record attendance is not considered relevant to its official capacity (for the historic highest attendances places in sports, see List of sporting venues with a highest attendance of 100,000 or more).

Most of the largest stadiums are used for American football
American football
American football is a sport played between two teams of eleven with the objective of scoring points by advancing the ball into the opposing team's end zone. Known in the United States simply as football, it may also be referred to informally as gridiron football. The ball can be advanced by...
or association football. Other high capacity venues are used for baseball
Baseball
Baseball is a bat-and-ball sport played between two teams of nine players each. The aim is to score runs by hitting a thrown ball with a bat and touching a series of four bases arranged at the corners of a ninety-foot diamond...
, cricket
Cricket
Cricket is a bat-and-ball game played between two teams of 11 players on an oval-shaped field, at the centre of which is a rectangular 22-yard long pitch. One team bats, trying to score as many runs as possible while the other team bowls and fields, trying to dismiss the batsmen and thus limit the...
, Gaelic games
Gaelic games
Gaelic games are sports played in Ireland under the auspices of the Gaelic Athletic Association. The two main games are Gaelic football and hurling...
, rugby union
Rugby union
Rugby union, often simply referred to as rugby, is a full contact team sport which originated in England in the early 19th century. One of the two codes of rugby football, it is based on running with the ball in hand...
, rugby league
Rugby league
Rugby league football, usually called rugby league, is a full contact sport played by two teams of thirteen players on a rectangular grass field. One of the two codes of rugby football, it originated in England in 1895 by a split from Rugby Football Union over paying players...
, Australian rules football
Australian rules football
Australian rules football, officially known as Australian football, also called football, Aussie rules or footy is a sport played between two teams of 22 players on either...
and Canadian football
Canadian football
Canadian football is a form of gridiron football played exclusively in Canada in which two teams of 12 players each compete for territorial control of a field of play long and wide attempting to advance a pointed prolate spheroid ball into the opposing team's scoring area...
, with one used for bullfighting
Bullfighting
Bullfighting is a traditional spectacle of Spain, Portugal, southern France and some Latin American countries , in which one or more bulls are baited in a bullring for sport and entertainment...
. Many stadiums have a running track around the perimeter of the pitch allowing them to be used for track and field
Track and field
Track and field is a sport comprising various competitive athletic contests based around the activities of running, jumping and throwing. The name of the sport derives from the venue for the competitions: a stadium which features an oval running track surrounding a grassy area...
events.

All stadiums with a capacity of 40,000 or more are included. An asterisk indicates that a team does not play all of its home matches at that venue. Closed stadiums are not included, as they are listed under List of closed stadiums by capacity.