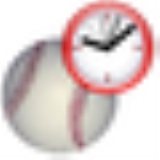 Overview
The Chicago Cubs are a professional baseball
Baseball
Baseball is a bat-and-ball sport played between two teams of nine players each. The aim is to score runs by hitting a thrown ball with a bat and touching a series of four bases arranged at the corners of a ninety-foot diamond...
team located in Chicago
Chicago
Chicago is the largest city in the US state of Illinois. With nearly 2.7 million residents, it is the most populous city in the Midwestern United States and the third most populous in the US, after New York City and Los Angeles...
, Illinois
Illinois
Illinois is the fifth-most populous state of the United States of America, and is often noted for being a microcosm of the entire country. With Chicago in the northeast, small industrial cities and great agricultural productivity in central and northern Illinois, and natural resources like coal,...
. They are members of the Central Division
National League Central
The National League Central Division is one of Major League Baseball's six divisions. This division was created in 1994, by moving two teams from the Western Division and three teams from the Eastern Division of the National League...
of Major League Baseball
Major League Baseball
Major League Baseball is the highest level of professional baseball in the United States and Canada, consisting of teams that play in the National League and the American League...
's National League
National League
The National League of Professional Baseball Clubs, known simply as the National League , is the older of two leagues constituting Major League Baseball, and the world's oldest extant professional team sports league. Founded on February 2, 1876, to replace the National Association of Professional...
. They are one of two Major League clubs based in Chicago (the other being the Chicago White Sox
Chicago White Sox
The Chicago White Sox are a Major League Baseball team located in Chicago, Illinois.The White Sox play in the American League's Central Division. Since , the White Sox have played in U.S. Cellular Field, which was originally called New Comiskey Park and nicknamed The Cell by local fans...
). The Cubs are also one of the two remaining charter members of the National League (the other being the Atlanta Braves
Atlanta Braves
The Atlanta Braves are a professional baseball club based in Atlanta, Georgia. The Braves are a member of the Eastern Division of Major League Baseball's National League. The Braves have played in Turner Field since 1997....
). The team is currently owned by a family trust of TD Ameritrade
TD Ameritrade
TD Ameritrade is an American online broker with over 6 million U.S. customers, and many more internationally, that has grown rapidly through acquisition to become the 746th-largest US firm in 2008. TD Ameritrade Holding Corporation is the owner of TD Ameritrade Inc...
founder Joe Ricketts
J. Joseph Ricketts
J. Joseph Ricketts is the founder, former CEO and former chairman of TD Ameritrade, one of the largest online discount brokerages in the world, based in Omaha, Nebraska...
, and was previously owned by the Chicago Tribune
Chicago Tribune
The Chicago Tribune is a major daily newspaper based in Chicago, Illinois, and the flagship publication of the Tribune Company. Formerly self-styled as the "World's Greatest Newspaper" , it remains the most read daily newspaper of the Chicago metropolitan area and the Great Lakes region and is...
and, prior to the Tribune, by the Wrigley Company.

The Cubs have not won the World Series
World Series
The World Series is the annual championship series of Major League Baseball, played between the American League and National League champions since 1903. The winner of the World Series championship is determined through a best-of-seven playoff and awarded the Commissioner's Trophy...
in years, a longer championship drought than that of any other major North American professional sports team,
and are often referred to as "The Lovable Losers" because of this distinction.

how many pitchers trow a almost perfrect game for the cubs? ?

Some where between 1968 and 1970, probably on a Sunday, I recall witnessing a bench clearing brawl, Leo D. was manager, I think it was vs.the Pirates....
More
x