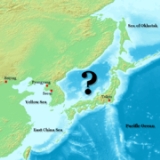 Encyclopedia
Geographical renaming is the changing of the name of a geographical
Geography
Geography is the science that studies the lands, features, inhabitants, and phenomena of Earth. A literal translation would be "to describe or write about the Earth". The first person to use the word "geography" was Eratosthenes...
feature or area. This can range from the uncontroversial change of a street name
Street name
A street name or odonym is an identifying name given to a street. The street name usually forms part of the address...
to a highly disputed change to the name of a country. Some names are changed locally but the new names are not recognised by other countries, especially when there is a difference in language. Other names may not be officially recognised but remain in common use.
Many places have different names in different languages, and a change of language in official or general use has often resulted in what is arguably a change of name.
There are many reasons to undertake renaming, with political motivation being the primary cause; for example many places in the former Soviet Union and its satellites were renamed to honour Stalin. Sometimes a place reverts to its former name (see for example de-Stalinization
De-Stalinization
De-Stalinization refers to the process of eliminating the cult of personality, Stalinist political system and the Gulag labour-camp system created by Soviet leader Joseph Stalin. Stalin was succeeded by a collective leadership after his death in March 1953...
). One of the most common reasons for a country changing its name is newly acquired independence. When borders are changed, sometimes due to a country splitting or two countries joining together, the names of the relevant areas can change. This, however, is more the creation of a different entity than an act of geographical renaming.

Other more unusual reasons for renaming have included:

A change might see a completely different name being adopted or may only be a slight change in spelling.

In some cases established institutions preserve the old names of the renamed places in their names, such as the Pusan National University
Pusan National University
Pusan National University is one of ten flagship Korean national universities and a leading university in South Korea...
in Busan
Busan
Busan , formerly spelled Pusan is South Korea's second largest metropolis after Seoul, with a population of around 3.6 million. The Metropolitan area population is 4,399,515 as of 2010. It is the largest port city in South Korea and the fifth largest port in the world...
, South Korea
South Korea
The Republic of Korea , , is a sovereign state in East Asia, located on the southern portion of the Korean Peninsula. It is neighbored by the People's Republic of China to the west, Japan to the east, North Korea to the north, and the East China Sea and Republic of China to the south...
; the Peking University
Peking University
Peking University , colloquially known in Chinese as Beida , is a major research university located in Beijing, China, and a member of the C9 League. It is the first established modern national university of China. It was founded as Imperial University of Peking in 1898 as a replacement of the...
in Beijing
Beijing
Beijing , also known as Peking , is the capital of the People's Republic of China and one of the most populous cities in the world, with a population of 19,612,368 as of 2010. The city is the country's political, cultural, and educational center, and home to the headquarters for most of China's...
, People's Republic of China
People's Republic of China
China , officially the People's Republic of China , is the most populous country in the world, with over 1.3 billion citizens. Located in East Asia, the country covers approximately 9.6 million square kilometres...
; Bombay Stock Exchange
Bombay Stock Exchange
The Bombay Stock Exchange is a stock exchange located on Dalal Street, Mumbai and is the oldest stock exchange in Asia. The equity market capitalization of the companies listed on the BSE was 1.63 trillion as of December 2010, making it the 4th largest stock exchange in Asia and the 8th largest...
, IIT Bombay and the Bombay High Court
Bombay High Court
Bombay High Court at Mumbai, Maharashtra, is the High Court of India with jurisdiction over the states of Maharashtra & Goa, and, the Union Territories of Daman and Diu and Dadra and Nagar Haveli...
in Mumbai
Mumbai
Mumbai , formerly known as Bombay in English, is the capital of the Indian state of Maharashtra. It is the most populous city in India, and the fourth most populous city in the world, with a total metropolitan area population of approximately 20.5 million...
, Republic of India; University of Madras
University of Madras
The University of Madras is a public research university in Chennai, Tamil Nadu, India. It is one of the three oldest universities in India...
, Madras Stock Exchange
Madras Stock Exchange
The Madras Stock Exchange is a stock exchange in Madras, , India. The Madras Stock Exchange is the fourth Stock Exchange to be established in the country, and the first in South India...
, the Madras High Court
Madras High Court
The Madras High Court is a senior court located at Chennai , in India. The court buildings, which are believed to be the second largest judicial complex in the world, are located near the beach, in one of the city's major business districts....
, and IIT Madras in Chennai
Chennai
Chennai , formerly known as Madras or Madarasapatinam , is the capital city of the Indian state of Tamil Nadu, located on the Coromandel Coast off the Bay of Bengal. Chennai is the fourth most populous metropolitan area and the sixth most populous city in India...
, Republic of India; and the University of Malaya
University of Malaya
The University of Malaya is located on a campus near the centre of Kuala Lumpur, and is the oldest university in Malaysia. It was founded in 1905 as a public-funded tertiary institution...
, Keretapi Tanah Melayu
Keretapi Tanah Melayu
Keretapi Tanah Melayu Berhad or Malayan Railways Limited is the main rail operator in Peninsular Malaysia. The railway system dates back to the British colonial era, when it was first built to transport tin...
, in Federation of Malaysia.

The Republic Turkey in the 1920s renamed all cities, town and villages with Kurdish, Greek, Armenian or other non-Turkic names with new Turkish names.

Changes in romanisation systems can result in minor or major changes in spelling in the Roman alphabet for geographical entities, even without any change in name or spelling in the local alphabet or other writing system. Names in non-Roman characters can also be spelled very differently when Romanised in different European languages.

In the People's Republic of China

In the Republic of China (Taiwan)

The introduction of the Revised Romanization of Korean
Revised Romanization of Korean
The Revised Romanization of Korean is the official Korean language romanization system in South Korea proclaimed by Ministry of Culture, Sports and Tourism, replacing the older McCune–Reischauer system...
in place of the McCune–Reischauer system in July 2000 by the South Korea
South Korea
The Republic of Korea , , is a sovereign state in East Asia, located on the southern portion of the Korean Peninsula. It is neighbored by the People's Republic of China to the west, Japan to the east, North Korea to the north, and the East China Sea and Republic of China to the south...
n government has resulted in a string of changes to geographical names. The system is not adopted by North Korea
North Korea
The Democratic People’s Republic of Korea , , is a country in East Asia, occupying the northern half of the Korean Peninsula. Its capital and largest city is Pyongyang. The Korean Demilitarized Zone serves as the buffer zone between North Korea and South Korea...
. Examples of changes include:

For geographical entities with multiple pre-existing names in one or more languages, an exonym or endonym
Exonym and endonym
In ethnolinguistics, an endonym or autonym is a local name for a geographical feature, and an exonym or xenonym is a foreign language name for it...
may gradually be substituted and used in the English language.


When the formerly-German city of Danzig came under Polish rule, it became known in English by its Polish name of Gdansk
Gdansk
Gdańsk is a Polish city on the Baltic coast, at the centre of the country's fourth-largest metropolitan area.The city lies on the southern edge of Gdańsk Bay , in a conurbation with the city of Gdynia, spa town of Sopot, and suburban communities, which together form a metropolitan area called the...
. Note well, though, that when Sir Winston Churchill
Winston Churchill
Sir Winston Leonard Spencer-Churchill, was a predominantly Conservative British politician and statesman known for his leadership of the United Kingdom during the Second World War. He is widely regarded as one of the greatest wartime leaders of the century and served as Prime Minister twice...
gave his Iron Curtain
Iron Curtain
The concept of the Iron Curtain symbolized the ideological fighting and physical boundary dividing Europe into two separate areas from the end of World War II in 1945 until the end of the Cold War in 1989...
speech he still spoke of a city in Poland by its German name (Stettin) instead of its then-current Polish name Szczecin
Szczecin
Szczecin , is the capital city of the West Pomeranian Voivodeship in Poland. It is the country's seventh-largest city and the largest seaport in Poland on the Baltic Sea. As of June 2009 the population was 406,427....
even though Churchill fully accepted the transfer of the formerly-German city to Poland—probably because German
German language
German is a West Germanic language, related to and classified alongside English and Dutch. With an estimated 90 – 98 million native speakers, German is one of the world's major languages and is the most widely-spoken first language in the European Union....
phonology is far closer than Polish
Polish language
Polish is a language of the Lechitic subgroup of West Slavic languages, used throughout Poland and by Polish minorities in other countries...
phonology is to English
English language
English is a West Germanic language that arose in the Anglo-Saxon kingdoms of England and spread into what was to become south-east Scotland under the influence of the Anglian medieval kingdom of Northumbria...
phonology. The pattern is far from uniform, and it takes time.


Changes resulting from splits and mergers

This is a list of internationally important or significant renamings. 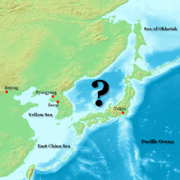