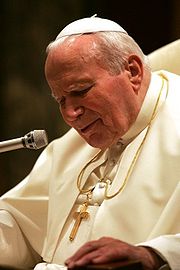 Each premature obituary listed below has one of the following causes (where the cause is known): 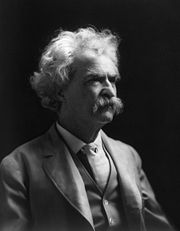 Multiple premature obituaries came to light on 16 April 2003, when it was discovered that pre-written draft memorials to several world figures were available on the development area of the CNN
CNN
Cable News Network is a U.S. cable news channel founded in 1980 by Ted Turner. Upon its launch, CNN was the first channel to provide 24-hour television news coverage, and the first all-news television channel in the United States...
website without requiring a password (and may have been accessible for some time before). The pages included tributes to Fidel Castro
Fidel Castro
Fidel Alejandro Castro Ruz is a Cuban revolutionary and politician, having held the position of Prime Minister of Cuba from 1959 to 1976, and then President from 1976 to 2008. He also served as the First Secretary of the Communist Party of Cuba from the party's foundation in 1961 until 2011...
, Dick Cheney
Dick Cheney
Richard Bruce "Dick" Cheney served as the 46th Vice President of the United States , under George W. Bush....
, Nelson Mandela
Nelson Mandela
Nelson Rolihlahla Mandela served as President of South Africa from 1994 to 1999, and was the first South African president to be elected in a fully representative democratic election. Before his presidency, Mandela was an anti-apartheid activist, and the leader of Umkhonto we Sizwe, the armed wing...
, Bob Hope
Bob Hope
Bob Hope, KBE, KCSG, KSS was a British-born American comedian and actor who appeared in vaudeville, on Broadway, and in radio, television and movies. He was also noted for his work with the US Armed Forces and his numerous USO shows entertaining American military personnel...
, Gerald Ford
Gerald Ford
Gerald Rudolph "Jerry" Ford, Jr. was the 38th President of the United States, serving from 1974 to 1977, and the 40th Vice President of the United States serving from 1973 to 1974...
, Pope John Paul II
Pope John Paul II
Blessed Pope John Paul II , born Karol Józef Wojtyła , reigned as Pope of the Catholic Church and Sovereign of Vatican City from 16 October 1978 until his death on 2 April 2005, at of age. His was the second-longest documented pontificate, which lasted ; only Pope Pius IX ...
, and Ronald Reagan
Ronald Reagan
Ronald Wilson Reagan was the 40th President of the United States , the 33rd Governor of California and, prior to that, a radio, film and television actor....
.

Some of these obituaries contained fragments taken from others, particularly from Queen Elizabeth the Queen Mother
Elizabeth Bowes-Lyon
Elizabeth Angela Marguerite Bowes-Lyon was the queen consort of King George VI from 1936 until her husband's death in 1952, after which she was known as Queen Elizabeth The Queen Mother, to avoid confusion with her daughter, Queen Elizabeth II...
's obituary, which had apparently been used as a template. Dick Cheney for example was described as the 'UK's favorite grandmother', the site noted the Pope's 'love of racing', and described Castro as 'lifeguard, athlete, movie star' (a reference to Ronald Reagan). Though the Queen Mother was already dead, in an unrelated incident she had previously received a premature obituary of her own.