Encyclopedia
A global city is a city
City
A city is a relatively large and permanent settlement. Although there is no agreement on how a city is distinguished from a town within general English language meanings, many cities have a particular administrative, legal, or historical status based on local law.For example, in the U.S...
that is deemed to be an important node in the global economic system
World economy
The world economy, or global economy, generally refers to the economy, which is based on economies of all of the world's countries, national economies. Also global economy can be seen as the economy of global society and national economies – as economies of local societies, making the global one....
. The concept comes from geography
Geography
Geography is the science that studies the lands, features, inhabitants, and phenomena of Earth. A literal translation would be "to describe or write about the Earth". The first person to use the word "geography" was Eratosthenes...
and urban studies and rests on the idea that globalization
Globalization
Globalization refers to the increasingly global relationships of culture, people and economic activity. Most often, it refers to economics: the global distribution of the production of goods and services, through reduction of barriers to international trade such as tariffs, export fees, and import...
can be understood as largely created, facilitated and enacted in strategic geographic locales according to a hierarchy of importance to the operation of the global system of finance and trade.

The most complex of these entities is the "global city", whereby the linkages binding a city have a direct and tangible effect on global affairs through socio-economic
Socioeconomics
Socioeconomics or socio-economics or social economics is an umbrella term with different usages. 'Social economics' may refer broadly to the "use of economics in the study of society." More narrowly, contemporary practice considers behavioral interactions of individuals and groups through social...
means. The terminology of "global city", as opposed to megacity
Megacity
A megacity is usually defined as a metropolitan area with a total population in excess of 10 million people. Some definitions also set a minimum level for population density . A megacity can be a single metropolitan area or two or more metropolitan areas that converge. The terms conurbation,...
, was popularized by the sociologist Saskia Sassen
Saskia Sassen
Saskia Sassen is a Dutch sociologist noted for her analyses of globalization and international human migration. She is currently Robert S. Lynd Professor of Sociology at Columbia University and Centennial visiting Professor at the London School of Economics. Sassen coined the term global city...
in reference to her 1991 work, "The Global City: New York, London, Tokyo" though the term "world city" to describe cities which control a disproportionate amount of global business dates to at least May 1886, to a description of Liverpool
Liverpool
Liverpool is a city and metropolitan borough of Merseyside, England, along the eastern side of the Mersey Estuary. It was founded as a borough in 1207 and was granted city status in 1880...
by the Illustrated London News. Patrick Geddes
Patrick Geddes
Sir Patrick Geddes was a Scottish biologist, sociologist, philanthropist and pioneering town planner. He is known for his innovative thinking in the fields of urban planning and education....
also used the term "world city" later in 1915. Cities can fall from such categorization, as in the case of cities that have become less cosmopolitan
Multiculturalism
Multiculturalism is the appreciation, acceptance or promotion of multiple cultures, applied to the demographic make-up of a specific place, usually at the organizational level, e.g...
and less internationally renowned
Internationalism
Internationalism may refer to:* Multilateralism , multiple countries working in concert on a given issue.* Internationalism , a political movement that advocates a greater economic and political cooperation among nations...
in the current era, e.g., Kaliningrad
Kaliningrad
Kaliningrad is a seaport and the administrative center of Kaliningrad Oblast, the Russian exclave between Poland and Lithuania on the Baltic Sea...
, Russia
Russia
Russia or , officially known as both Russia and the Russian Federation , is a country in northern Eurasia. It is a federal semi-presidential republic, comprising 83 federal subjects...
; Thessaloniki
Thessaloniki
Thessaloniki , historically also known as Thessalonica, Salonika or Salonica, is the second-largest city in Greece and the capital of the region of Central Macedonia as well as the capital of the Decentralized Administration of Macedonia and Thrace...
, Greece
Greece
Greece , officially the Hellenic Republic , and historically Hellas or the Republic of Greece in English, is a country in southeastern Europe....
; and Alexandria
Alexandria
Alexandria is the second-largest city of Egypt, with a population of 4.1 million, extending about along the coast of the Mediterranean Sea in the north central part of the country; it is also the largest city lying directly on the Mediterranean coast. It is Egypt's largest seaport, serving...
, Egypt
Egypt
Egypt , officially the Arab Republic of Egypt, Arabic: , is a country mainly in North Africa, with the Sinai Peninsula forming a land bridge in Southwest Asia. Egypt is thus a transcontinental country, and a major power in Africa, the Mediterranean Basin, the Middle East and the Muslim world...
. 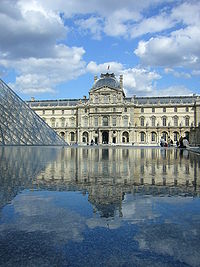 The first attempt to define, categorize, and rank global cities using 'relational data' was made in 1998 by Jon Beaverstock, Richard G Smith
Richard G Smith
Dr Richard G Smith is a British geographer with interests in social theory and cities.He is a senior lecturer in human geography at Swansea University in the UK. At twenty he graduated with a first class degree from the University of Hull, and at twenty four with a PhD from Bristol University...
and Peter Taylor, who all worked at that time at Loughborough University
Loughborough University
Loughborough University is a research based campus university located in the market town of Loughborough, Leicestershire, in the East Midlands of England...
in the United Kingdom. Together they established the Globalization and World Cities Research Network
Globalization and World Cities Research Network
The Globalization and World Cities Research Network, commonly abbreviated to GaWC, is a think tank based in the Geography department at Loughborough University in England, that studies the relationships between world cities in the context of globalization....
. A roster of world cities was outlined in the GaWC Research Bulletin 5 and ranked cities based on their connectivity through four "advanced producer services": accountancy, advertising, banking/finance, and law. The GaWC inventory identifies three levels of global cities and several sub-ranks. This roster generally denotes cities in which there are offices of certain multinational corporations providing financial and consulting services rather than denoting other cultural, political, and economic centres.

The 2010 roster of leading Alpha, Beta and Gamma world cities is as follows:

In 2008, the American
United States
The United States of America is a federal constitutional republic comprising fifty states and a federal district...
journal Foreign Policy
Foreign Policy
Foreign Policy is a bimonthly American magazine founded in 1970 by Samuel P. Huntington and Warren Demian Manshel.Originally, the magazine was a quarterly...
, in conjunction with consulting firm A.T. Kearney
A.T. Kearney
A.T. Kearney is a global management consulting firm, focusing on strategic and operational CEO-agenda concerns. It was founded in 1926, and its head office is in Chicago, Illinois...
and the Chicago Council on Global Affairs, published a ranking of global cities, based on consultation with Saskia Sassen
Saskia Sassen
Saskia Sassen is a Dutch sociologist noted for her analyses of globalization and international human migration. She is currently Robert S. Lynd Professor of Sociology at Columbia University and Centennial visiting Professor at the London School of Economics. Sassen coined the term global city...
, Witold Rybczynski
Witold Rybczynski
Witold Rybczynski , is a Canadian-American architect, professor and writer.Rybczynski was born in Edinburgh of Polish parentage and raised in Surrey, England before moving at a young age to Canada. He attended Loyola High School , located on Sherbrooke street, in Montreal-Ouest...
, and others. Foreign Policy noted that "the world’s biggest, most interconnected cities help set global agendas, weather transnational dangers, and serve as the hubs of global integration. They are the engines of growth for their countries and the gateways to the resources of their regions."

In 2010 the index was updated, and the top thirty ranked were:

The Institute for Urban Strategies at The Mori Memorial Foundation in Tokyo
Tokyo
, ; officially , is one of the 47 prefectures of Japan. Tokyo is the capital of Japan, the center of the Greater Tokyo Area, and the largest metropolitan area of Japan. It is the seat of the Japanese government and the Imperial Palace, and the home of the Japanese Imperial Family...
, Japan
Japan
Japan is an island nation in East Asia. Located in the Pacific Ocean, it lies to the east of the Sea of Japan, China, North Korea, South Korea and Russia, stretching from the Sea of Okhotsk in the north to the East China Sea and Taiwan in the south...
issued a comprehensive study of global cities in 2010. The ranking is based on six overall categories, "Economy", "Research & Development", "Cultural Interaction", "Livability", "Ecology & Natural Environment", and "Accessibility", with 69 individual indicators among them. This Japanese ranking also breaks down top ten world cities ranked in subjective categories such as "manager, researcher, artist, visitor and resident."

In 2010 the London based estate agent Knight Frank LLP
Knight Frank LLP
Knight Frank LLP is a multinational real estate and property service firm founded in London in 1896. Knight Frank together with its New York-based affiliate Newmark Knight Frank is one of the world's leading independent global property consultancies....
together with the Citibank
Citibank
Citibank, a major international bank, is the consumer banking arm of financial services giant Citigroup. Citibank was founded in 1812 as the City Bank of New York, later First National City Bank of New York...
published a survey of world cities. The Wealth Report 2010, which includes the World City Survey, assesses four parameters — economic activity, political power, knowledge and influence, and quality of life. The list aimed to rank the world's 40 most influential cities. New York tops the list in Economic activity, political power and knowledge and Paris tops it in quality of life. London and Paris get the same aggregate ranking of 149, making them de facto world's 2nd and 3rd most prominent cities. In 2011, the list was updated, and the top 20 cities ranked are: