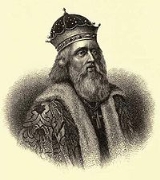 Encyclopedia
The vast territory known today as Russia covers an area that has been known historically by various names, including Rus'
Rus' (region)
Rus' is an ethno-cultural region in Eastern Europe inhabited by Eastern Slavs. Historically, it comprises the northern part of Ukraine, the north-western part of Russia, Belarus and some eastern parts of Poland and Slovakia.The name comes from Old East Slavic , and remains the same in modern...
, Kievan Rus'
Kievan Rus'
Kievan Rus was a medieval polity in Eastern Europe, from the late 9th to the mid 13th century, when it disintegrated under the pressure of the Mongol invasion of 1237–1240....
, the Tsardom of Russia
Tsardom of Russia
The Tsardom of Russia was the name of the centralized Russian state from Ivan IV's assumption of the title of Tsar in 1547 till Peter the Great's foundation of the Russian Empire in 1721.From 1550 to 1700, Russia grew 35,000 km2 a year...
and the Russian Empire
Russian Empire
The Russian Empire was a state that existed from 1721 until the Russian Revolution of 1917. It was the successor to the Tsardom of Russia and the predecessor of the Soviet Union...
, and the sovereigns of these many nations and throughout their histories have used likewise as wide a range of titles in their positions as chief magistrates of a country. Some of the earliest titles include Kniaz and Velikiy Kniaz, which mean "Prince" and "Great Prince" respectively but are often rendered as "Duke" and "Grand Duke" in Western literature; then the title of Tsar
Tsar
Tsar is a title used to designate certain European Slavic monarchs or supreme rulers. As a system of government in the Tsardom of Russia and Russian Empire, it is known as Tsarist autocracy, or Tsarism...
, meaning "Caesar", which was disputed to be the equal of either a king or emperor; finally culminating in the title of Emperor
Emperor
An emperor is a monarch, usually the sovereign ruler of an empire or another type of imperial realm. Empress, the female equivalent, may indicate an emperor's wife or a woman who rules in her own right...
. The full title of the Russian Emperors, according to Article 59 of the 1906 Russian Constitution, was given as:

The Patriarchs of Moscow, who are the head of Russian Orthodox Church
Russian Orthodox Church
The Russian Orthodox Church or, alternatively, the Moscow Patriarchate The ROC is often said to be the largest of the Eastern Orthodox churches in the world; including all the autocephalous churches under its umbrella, its adherents number over 150 million worldwide—about half of the 300 million...
, also have acted as the leaders of Russia from time to time, usually in periods of political upheaval as during the Polish occupation and interregnum of 1610–1613.


Grand Prince
Grand Prince
The title grand prince or great prince ranked in honour below emperor and tsar and above a sovereign prince .Grand duke is the usual and established, though not literal, translation of these terms in English and Romance languages, which do not normally use separate words for a "prince" who reigns...
s of Vladimir-Suzdal
Vladimir-Suzdal
The Vladimir-Suzdal Principality or Vladimir-Suzdal Rus’ was one of the major principalities which succeeded Kievan Rus' in the late 12th century and lasted until the late 14th century. For a long time the Principality was a vassal of the Mongolian Golden Horde...
(1168–1389) 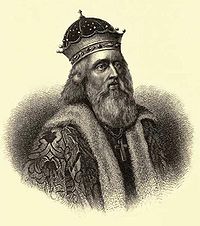 
Rurik Dynasty
Rurik Dynasty
The Rurik dynasty or Rurikids was a dynasty founded by the Varangian prince Rurik, who established himself in Novgorod around the year 862 AD...


Rurik Dynasty
Rurik Dynasty
The Rurik dynasty or Rurikids was a dynasty founded by the Varangian prince Rurik, who established himself in Novgorod around the year 862 AD...


Time of Troubles
Time of Troubles
The Time of Troubles was a period of Russian history comprising the years of interregnum between the death of the last Russian Tsar of the Rurik Dynasty, Feodor Ivanovich, in 1598, and the establishment of the Romanov Dynasty in 1613. In 1601-1603, Russia suffered a famine that killed one-third...
(1598–1613)

Dates are listed in the Old Style
Old Style and New Style dates
Old Style and New Style are used in English language historical studies either to indicate that the start of the Julian year has been adjusted to start on 1 January even though documents written at the time use a different start of year ; or to indicate that a date conforms to the Julian...
, which continued to be used in Russia.

The Seven Boyars
Seven Boyars
The Seven Boyars were a group of Russian nobles who deposed Tsar Vasily Shuisky on 17 July 1610 and, later that year, invited the Poles into Moscow....
(the Boyar Duma), a group of the highest Russian nobles, deposed the tsar Vasily IV on , and recognized the Polish prince Władysław IV Vasa
Władysław IV Vasa
Władysław IV Vasa was a Polish and Swedish prince from the House of Vasa. He reigned as King of the Polish–Lithuanian Commonwealth from 8 November 1632 to his death in 1648....
as the new tsar on . The Poles entered Moscow on :

Later, the members of the council were also:

The Deeds of the Seven Boyars had existed until the Poles were driven from Moscow on .


House of Vasa
House of Vasa
The House of Vasa was the Royal House of Sweden 1523-1654 and of Poland 1587-1668. It originated from a noble family in Uppland of which several members had high offices during the 15th century....

(In opposition to the Poles and Władysław IV Vasa):

The monarchs listed below reigned with absolute power until 1905, and then with executive and administrative powers from 1905–1917.

See List of leaders of Russia for the continuation of leadership.


Pretenders to the Russian throne since 1917