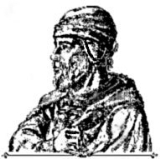 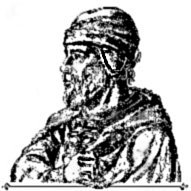 Dmitri Konstantinovich of Suzdal
Suzdal
Suzdal is a town in Vladimir Oblast, Russia, situated northeast of Moscow, from the city of Vladimir, on the Kamenka River. Population: -History:...
(1324 – June 5, 1383) ("the one-eyed" or "Odnook") was a powerful Prince of Suzdal and Nizhny Novgorod
Nizhny Novgorod
Nizhny Novgorod , colloquially shortened to Nizhny, is, with the population of 1,250,615, the fifth largest city in Russia, ranking after Moscow, St. Petersburg, Novosibirsk, and Yekaterinburg...
who dominated Russia
Russia
Russia or , officially known as both Russia and the Russian Federation , is a country in northern Eurasia. It is a federal semi-presidential republic, comprising 83 federal subjects...
n politics during the minority of his son-in-law, Dmitri Donskoi
Dmitri Donskoi
Saint Dmitry Ivanovich Donskoy , or Dmitry of the Don, sometimes referred to as Dmitry I , son of Ivan II the Meek of Moscow , reigned as the Prince of Moscow from 1359 and Grand Prince of Vladimir from 1363 to his death. He was the first prince of Moscow to openly challenge Mongol authority in...
. The famous Shuisky
Shuisky
The Princes Shuisky were a Rurikid family of boyars descending from Grand Duke Dmitry Konstantinovich of Vladimir-Suzdal and Prince Andrey Yaroslavich, brother to Alexander Nevsky. Their name is derived from the town of Shuya, of which they gained ownership in 1403. The family briefly reached the...
family descends from his eldest son, Vasily Kirdyapa.

A senior descendant of Vsevolod the Big Nest and also of Alexander Nevsky
Alexander Nevsky
Alexander Nevsky was the Prince of Novgorod and Grand Prince of Vladimir during some of the most trying times in the city's history. Commonly regarded as the key figure of medieval Rus, Alexander was the grandson of Vsevolod the Big Nest and rose to legendary status on account of his military...
(Dmitry was great-great-grandson of Nevsky's third son Andrey
Andrey of Gorodets
Andrey III Alexandrovich was a Russian prince, son of Alexander Nevsky, who received from his father the town of Gorodets on the Volga. In 1276, he added Kostroma to his possessions and joined the struggle for Grand Duchy of Vladimir-Suzdal.In 1281 Andrey, joining the Mongol army, expelled his...
), he inherited Suzdal in 1359 and Nizhny Novgorod in 1365. His policy towards Tatars
Tatars
Tatars are a Turkic speaking ethnic group , numbering roughly 7 million.The majority of Tatars live in the Russian Federation, with a population of around 5.5 million, about 2 million of which in the republic of Tatarstan.Significant minority populations are found in Uzbekistan, Kazakhstan,...
was conciliatory for the most part, as his eastern lands were continuously exposed to their attacks. After some rivalry with Dmitri of Moscow
Moscow
Moscow is the capital, the most populous city, and the most populous federal subject of Russia. The city is a major political, economic, cultural, scientific, religious, financial, educational, and transportation centre of Russia and the continent...
, he was installed by the Khan of the Golden Horde
Golden Horde
The Golden Horde was a Mongol and later Turkicized khanate that formed the north-western sector of the Mongol Empire...
as the Grand Duke of Vladimir
Vladimir
Vladimir is a city and the administrative center of Vladimir Oblast, Russia, located on the Klyazma River, to the east of Moscow along the M7 motorway. Population:...
in 1360. During his reign, he repeatedly quarreled with the Novgorod Republic
Novgorod Republic
The Novgorod Republic was a large medieval Russian state which stretched from the Baltic Sea to the Ural Mountains between the 12th and 15th centuries, centred on the city of Novgorod...
over the raids of Novgorodian pirates
Ushkuiniks
The ushkuiniks were medieval Novgorodian pirates who led the Viking-like life of fighting, killing, and robbery. Their name derives from "ushkui", a type of flat-bottom medieval Finnish ship Uisko , which could be easily transported over portages between the rivers.Although the Novgorodians took...
who looted his own capital and Tatar markets along the Volga River.

Three years later he was dethroned and had to make peace with Dmitri by marrying him to his daughter, Eudoxia. Joining his army with Dmitri's, he led an allied assault on Volga Bulgars
Volga Bulgaria
Volga Bulgaria, or Volga–Kama Bolghar, is a historic Bulgar state that existed between the seventh and thirteenth centuries around the confluence of the Volga and Kama rivers in what is now Russia.-Origin:...
and Mordovia
Mordovia
The Republic of Mordovia , also known as Mordvinia, is a federal subject of Russia . Its capital is the city of Saransk. Population: -Geography:The republic is located in the eastern part of the East European Plain of Russia...
. In 1377, the allied armies were defeated by the Tatars on the Pyana River
Pyana River
Pyana is a river in Nizhny Novgorod Oblast and the Republic of Mordovia, Russia. It is a tributary of the Sura River.-History and etymology:...
, because (as the chronicler put it) they were too drunk to fight. However, in 1382 Dmitry Konstantinovich took the side of Khan Tokhtamysh
Tokhtamysh
Tokhtamysh was the prominent khan of the White Horde, who briefly unified the White Horde and Blue Horde subdivisions of the Golden Horde into a single state. He was a descendant of Genghis Khan's eldest grandson, Orda Khan or his brother Tuqa-Timur...
in taking over Moscow and sent his sons to serve in the Tatar army.
The source of this article is wikipedia, the free encyclopedia.  The text of this article is licensed under the GFDL.