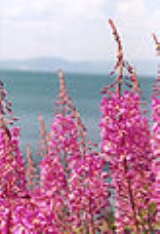 The Circumboreal Region is a floristic region within the Holarctic Kingdom in Eurasia
Eurasia
Eurasia is a continent or supercontinent comprising the traditional continents of Europe and Asia ; covering about 52,990,000 km2 or about 10.6% of the Earth's surface located primarily in the eastern and northern hemispheres...
and North America
North America
North America is a continent wholly within the Northern Hemisphere and almost wholly within the Western Hemisphere. It is also considered a northern subcontinent of the Americas...
, as delineated by such geobotanists as Josias Braun-Blanquet
Josias Braun-Blanquet
Josias Braun-Blanquet was an influential phytosociologist and botanist. Braun-Blanquet was born in Chur, Switzerland and died in Montpellier, France.-Phytosociology:...
and Armen Takhtajan
Armen Takhtajan
Armen Leonovich Takhtajan or Takhtajian , was a Soviet-Armenian botanist, one of the most important figures in 20th century plant evolution and systematics and biogeography. His other interests included morphology of flowering plants, paleobotany, and the flora of the Caucasus...
.

It is the largest floristic region in the world by area, comprising most of Canada
Canada
Canada is a North American country consisting of ten provinces and three territories. Located in the northern part of the continent, it extends from the Atlantic Ocean in the east to the Pacific Ocean in the west, and northward into the Arctic Ocean...
, Alaska
Alaska
Alaska is the largest state in the United States by area. It is situated in the northwest extremity of the North American continent, with Canada to the east, the Arctic Ocean to the north, and the Pacific Ocean to the west and south, with Russia further west across the Bering Strait...
, Europe
Europe
Europe is, by convention, one of the world's seven continents. Comprising the westernmost peninsula of Eurasia, Europe is generally 'divided' from Asia to its east by the watershed divides of the Ural and Caucasus Mountains, the Ural River, the Caspian and Black Seas, and the waterways connecting...
, Caucasus
Caucasus
The Caucasus, also Caucas or Caucasia , is a geopolitical region at the border of Europe and Asia, and situated between the Black and the Caspian sea...
and Russia
Russia
Russia or , officially known as both Russia and the Russian Federation , is a country in northern Eurasia. It is a federal semi-presidential republic, comprising 83 federal subjects...
, as well as North Anatolia
Anatolia
Anatolia is a geographic and historical term denoting the westernmost protrusion of Asia, comprising the majority of the Republic of Turkey...
(as the southernmost part of the region) and parts of northern New England
New England
New England is a region in the northeastern corner of the United States consisting of the six states of Maine, New Hampshire, Vermont, Massachusetts, Rhode Island, and Connecticut...
, Michigan
Michigan
Michigan is a U.S. state located in the Great Lakes Region of the United States of America. The name Michigan is the French form of the Ojibwa word mishigamaa, meaning "large water" or "large lake"....
, and Minnesota
Minnesota
Minnesota is a U.S. state located in the Midwestern United States. The twelfth largest state of the U.S., it is the twenty-first most populous, with 5.3 million residents. Minnesota was carved out of the eastern half of the Minnesota Territory and admitted to the Union as the thirty-second state...
. Northern portions of the region include polar desert, taiga and tundra biomes. Many geobotanists divide the Eurasian and North American areas into two distinct regions. The continents, however, share much of their boreal flora (e.g. Betula nana, Alnus viridis, Vaccinium vitis-idaea
Vaccinium vitis-idaea
Vaccinium vitis-idaea is a short evergreen shrub in the heath family that bears edible sour fruit, native to boreal forest and Arctic tundra throughout the Northern Hemisphere from Eurasia to North America. In the past it was seldom cultivated, but fruit was commonly collected in the wild. ...
, Arctostaphylos uva-ursi
Arctostaphylos uva-ursi
Arctostaphylos uva-ursi, with names for this species including Kinnikinnick and Pinemat manzanita, one of several related species referred to as Bearberry...
). The flora was severely impoverished during glaciations in the Pleistocene
Pleistocene
The Pleistocene is the epoch from 2,588,000 to 11,700 years BP that spans the world's recent period of repeated glaciations. The name pleistocene is derived from the Greek and ....
. The region is bordered by Eastern Asiatic
Eastern Asiatic Region
The Eastern Asiatic Region is the richest floristic region within the Holarctic Kingdom and situated in temperate East Asia...
, North American Atlantic
North American Atlantic Region
North American Atlantic Region is a floristic region within the Holarctic Kingdom identified by Armen Takhtajan and Robert F. Thorne, spanning from the Atlantic and Gulf coasts to the Great Plains and comprising a major part of the United States and southeastern portions of Canada...
, Rocky Mountain
Rocky Mountain Region
The Rocky Mountain Floristic Region, also known as the Rocky Mountain Floristic Province, is a floristic region within the Holarctic Kingdom in western North America delineated by Armen Takhtajan and Robert F...
, Mediterranean and Irano-Turanian Regions.

There are no biological families
Family (biology)
In biological classification, family is* a taxonomic rank. Other well-known ranks are life, domain, kingdom, phylum, class, order, genus, and species, with family fitting between order and genus. As for the other well-known ranks, there is the option of an immediately lower rank, indicated by the...
endemic to this region, but it has endemic genera
Genus
In biology, a genus is a low-level taxonomic rank used in the biological classification of living and fossil organisms, which is an example of definition by genus and differentia...
(e.g. Lunaria
Lunaria
Lunaria is a genus of flowering plants in the family Brassicaceae, native to central and southern Europe. It includes two species, Perennial honesty and Annual honesty. They are widely grown as ornamental plants in gardens, and have become naturalised in many temperate areas away from their native...
, Borodinia, Gorodkovia, Redowskia, Soldanella
Soldanella
The genus Soldanella, commonly known in English as snowbell, includes about 15 species in the flowering plant family Primulaceae, native to European mountains, from the Pyrenees, the Apennines, the Alps, the Carpathians and the Balkans...
, Physospermum, Astrantia
Astrantia
Astrantia is a genus of herbaceous plants in the family Apiaceae, endemic to Central, Eastern and Southern Europe and the Caucasus.The Genus name comes from the Greek word for star in reference to the star-like quality of the flower heads. There are 8 or 9 species, which have aromatic roots,...
, Thorella, Pulmonaria, Erinus
Erinus
Erinus is a genus of plants in the family Plantaginaceae . Some members of the genus have been cultivated as ornamental plants , particularly Erinus alpinus for which a number of different cultivars are available.-Species:...
, Ramonda
Ramonda (plant)
Ramonda is a plant genus in the family Gesneriaceae with nearly actinomorphic flowers....
, Haberlea, Jankaea, Stratiotes
Stratiotes
Stratiotes is a genus of submerged aquatic plant commonly known as water soldiers. A characteristic of the genus is the habit of the plants rising to the surface at flowering time.-Description:...
, Telekia
Telekia
Telekia is a genus of flowering plant, of the family Asteraceae. These species are found in the European Alps....
) and a lot of endemic species
Species
In biology, a species is one of the basic units of biological classification and a taxonomic rank. A species is often defined as a group of organisms capable of interbreeding and producing fertile offspring. While in many cases this definition is adequate, more precise or differing measures are...
, especially in the mountains.

It is subdivided into a number of floristic provinces. Their delineation is debatable. According to a version of Takhtajan's classification, these are the Arctic, Atlantic European, Central European, Illyrian, Euxinian, Caucasian, Eastern European, Northern European, West Siberian, Altai-Sayan, Central Siberian, Transbaikalian, Northeastern Siberian, Okhotsk-Kamtchatkan and Canadian Provinces.