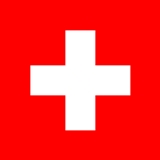 Overview
Switzerland in its full name the Swiss Confederation , is a federal republic
Federal republic
A federal republic is a federation of states with a republican form of government. A federation is the central government. The states in a federation also maintain the federation...
consisting of 26 cantons
Cantons of Switzerland
The 26 cantons of Switzerland are the member states of the federal state of Switzerland. Each canton was a fully sovereign state with its own borders, army and currency from the Treaty of Westphalia until the establishment of the Swiss federal state in 1848...
, with Bern as the seat of the federal authorities. The country is situated in Western Europe
Western Europe
Western Europe is a loose term for the collection of countries in the western most region of the European continents, though this definition is context-dependent and carries cultural and political connotations. One definition describes Western Europe as a geographic entity—the region lying in the...
, where it is bordered by Germany
Germany
Germany , officially the Federal Republic of Germany , is a federal parliamentary republic in Europe. The country consists of 16 states while the capital and largest city is Berlin. Germany covers an area of 357,021 km2 and has a largely temperate seasonal climate...
to the north, France
France
The French Republic , The French Republic , The French Republic , (commonly known as France , is a unitary semi-presidential republic in Western Europe with several overseas territories and islands located on other continents and in the Indian, Pacific, and Atlantic oceans. Metropolitan France...
to the west, Italy
Italy
Italy , officially the Italian Republic languages]] under the European Charter for Regional or Minority Languages. In each of these, Italy's official name is as follows:;;;;;;;;), is a unitary parliamentary republic in South-Central Europe. To the north it borders France, Switzerland, Austria and...
to the south, and Austria
Austria
Austria , officially the Republic of Austria , is a landlocked country of roughly 8.4 million people in Central Europe. It is bordered by the Czech Republic and Germany to the north, Slovakia and Hungary to the east, Slovenia and Italy to the south, and Switzerland and Liechtenstein to the...
and Liechtenstein
Liechtenstein
The Principality of Liechtenstein is a doubly landlocked alpine country in Central Europe, bordered by Switzerland to the west and south and by Austria to the east. Its area is just over , and it has an estimated population of 35,000. Its capital is Vaduz. The biggest town is Schaan...
to the east.

Switzerland is a landlocked country geographically divided between the Alps
Swiss Alps
The Swiss Alps are the portion of the Alps mountain range that lies within Switzerland. Because of their central position within the entire Alpine range, they are also known as the Central Alps....
, the Central Plateau
Swiss plateau
The Swiss Plateau or Central Plateau constitutes one of the three major landscapes in Switzerland alongside the Jura mountains and the Swiss Alps. It covers about 30% of the Swiss surface...
and the Jura
Jura mountains
The Jura Mountains are a small mountain range located north of the Alps, separating the Rhine and Rhone rivers and forming part of the watershed of each...
, spanning an area of 41285 km² (15,940.2 sq mi).

Switzerland in the Napoleonic era

1291    The Swiss Confederation is formed with the signature of the Federal Charter.

1349    The Jewish population of Basel, Switzerland, believed by the residents to be the cause of the ongoing Black Death, is rounded up and incinerated.

1422    Battle of Arbedo between the duke of Milan and the Swiss cantons.

1500    Ludovico Sforza is captured by the Swiss troops at Novara and is handed over to the French.

1525    The Swiss Anabaptist Movement is founded when Conrad Grebel, Felix Manz, George Blaurock, and about a dozen others baptize each other in the home of Manz's mother in Zürich, breaking a thousand-year tradition of church-state union.

1531    The Second war of Kappel results in the dissolution of the Protestant alliance in Switzerland.

1799    War of the Second Coalition: Austrian forces defeats the French at Winterthur, Switzerland, securing control of the northeastern Swiss Plateau because of the town's loaction at the junction of seven cross-roads.

1809    The Swiss canton of Aargau denies citizenship to Jews.