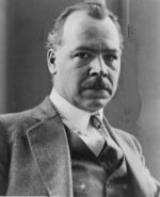 Encyclopedia
The center of origin is a geographical area where a group of organisms, either domesticated or wild, first developed its distinctive properties. Centers of origin are also considered centers of diversity
Center of diversity
A center of diversity is an area that has a high degree of genetic variation for a particular species or genus of plants that can also be the center of origin for that species. The two areas often, but not always, coincide; the degree of coincidence remains the subject of debate...
.

Locating the origin of crop plants is basic to plant breeding
Plant breeding
Plant breeding is the art and science of changing the genetics of plants in order to produce desired characteristics. Plant breeding can be accomplished through many different techniques ranging from simply selecting plants with desirable characteristics for propagation, to more complex molecular...
. This allows one to locate wild relatives, related species, and new genes (especially dominant genes
Gênes
Gênes is the name of a département of the First French Empire in present Italy, named after the city of Genoa. It was formed in 1805, when Napoleon Bonaparte occupied the Republic of Genoa. Its capital was Genoa, and it was divided in the arrondissements of Genoa, Bobbio, Novi Ligure, Tortona and...
, which may provide resistance to diseases).
Knowledge of the origins of crop plants is important in order to avoid genetic erosion, the loss of germplasm due to the loss of ecotypes and landraces, loss of habitat (such as rainforests), and increased urbanization. Germplasm preservation is accomplished through gene banks
Gene Banks
Eugene Lavon "Gene" Banks is a retired American professional basketball player. He is one of a handful of players to make high school All-America three times.-College & NBA Years:...
(largely seed collections but now frozen stem sections) and preservation of natural habitats (especially in centers of origin). 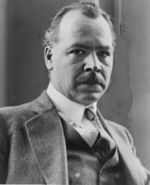 A Vavilov Center (aka Vavilov Center of Diversity) is a region of the world first indicated by Dr. Nikolai Ivanovich Vavilov
Nikolai Vavilov
Nikolai Ivanovich Vavilov was a prominent Russian and Soviet botanist and geneticist best known for having identified the centres of origin of cultivated plants...
to be an original center for the domestication of plants.
Vavilov developed a theory on the centers of origin of cultivated plants. He stated that plants were not domesticated somewhere in the world at random but there are regions where the domestication started.
The center of origin is also considered the center of diversity.
Until today Vavilov centers are regions where a high diversity of crop wild relative
Crop wild relative
A crop wild relative is a wild plant closely related to a domesticated plant. It may be a wild ancestor of the domesticated plant, or another closely related taxon.-Overview:...
s can be found, representing the natural relatives of domesticated crop plants.
World centers of origin of Cultivated Plants