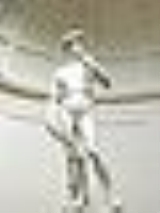 Encyclopedia
David is a common male
Male
Male refers to the biological sex of an organism, or part of an organism, which produces small mobile gametes, called spermatozoa. Each spermatozoon can fuse with a larger female gamete or ovum, in the process of fertilization...
given name
Given name
A given name, in Western contexts often referred to as a first name, is a personal name that specifies and differentiates between members of a group of individuals, especially in a family, all of whose members usually share the same family name...
and surname
Surname
A surname is a name added to a given name and is part of a personal name. In many cases, a surname is a family name. Many dictionaries define "surname" as a synonym of "family name"...
.

The name "David" is derived from the ancient times of Mesopotamia and used as the Biblical Hebrew name דָּוִד ( dɔːˈviːð), meaning "Beloved". "Dudi" is a common nickname
Nickname
A nickname is "a usually familiar or humorous but sometimes pointed or cruel name given to a person or place, as a supposedly appropriate replacement for or addition to the proper name.", or a name similar in origin and pronunciation from the original name....
for David in Hebrew, in the same way Dave and Davy are in English.

Name day
Name day
A name day is a tradition in many countries in Europe and Latin America that consists of celebrating the day of the year associated with one's given name....
s are celebrated on 1 March (for St. David of Wales) and 29 December (for King David), as well as 25 June (St. David of Sweden
Saint David (Sweden)
Saint David was an Anglo-Saxon monk of the 11th century.David was sent as a missionary to Sweden by Saint Sigfrid of Växjö along with Saint Botvid and Saint Eskil. The missionaries David, Eskil, and Botvid preached chiefly in Södermanland and Västmanland, in the area of Lake Mälaren...
), 26 June, 26 August, 11 December, and 30 December (Norway
Norway
Norway , officially the Kingdom of Norway, is a Nordic unitary constitutional monarchy whose territory comprises the western portion of the Scandinavian Peninsula, Jan Mayen, and the Arctic archipelago of Svalbard and Bouvet Island. Norway has a total area of and a population of about 4.9 million...
, Latvia
Latvia
Latvia , officially the Republic of Latvia , is a country in the Baltic region of Northern Europe. It is bordered to the north by Estonia , to the south by Lithuania , to the east by the Russian Federation , to the southeast by Belarus and shares maritime borders to the west with Sweden...
).

David is often shortened to "Davey/Davie/Davy" (additionally, in Wales
Wales
Wales is a country that is part of the United Kingdom and the island of Great Britain, bordered by England to its east and the Atlantic Ocean and Irish Sea to its west. It has a population of three million, and a total area of 20,779 km²...
, such variants as "Dafydd" and "Dewi" and such diminutives as "Dai", "Daf" and "Taff/Taffy" are fairly common, although "Dai" was formerly a name in its own right, meaning "shining" in Welsh, prior to the reign of King Henry VII). The oldest, most popular and most commonly used diminutive form in the English speaking countries of "David" is "Dave", which first appeared in written form in the 16th century (but is probably much older). In Jewish culture, including outside Israel, it is common to apply the nicknames "Dovi" and "Dov". The nickname "Dave" has been used as a name in its own right in the 19th and 20th centuries, at least in the U.S. At the height of its popularity in the 1950s and early 1960s, the name Dave was bestowed upon more than 3,000 infants each year. "Davo" is also used as a nickname, and is quite common in Armenia
Armenia
Armenia , officially the Republic of Armenia , is a landlocked mountainous country in the Caucasus region of Eurasia...
and Australia
Australia
Australia , officially the Commonwealth of Australia, is a country in the Southern Hemisphere comprising the mainland of the Australian continent, the island of Tasmania, and numerous smaller islands in the Indian and Pacific Oceans. It is the world's sixth-largest country by total area...
.

Another less common variant is "Daveth", the origin of which is uncertain (but could be an anglicised form of the Welsh "Dafydd").

Female equivalents of the name David include "Davida" (no longer in common usage) and "Davina", the latter of which is very popular in the United Kingdom and Ireland. The girl's name "Davinia" may also have originated from David, though some have argued it is actually the female version of the Gaelic
Goidelic languages
The Goidelic languages or Gaelic languages are one of the two branches of the Insular Celtic languages, the other consisting of the Brythonic languages. Goidelic languages historically formed a dialect continuum stretching from the south of Ireland through the Isle of Man to the north of Scotland...
name "Devin
Devin (name)
The male or female name Devin is pronounced DEV-in. It is of Irish and Gaelic origin, and its meaning is most commonly given as 'bard' or 'poet'.More common as a boy’s name, the feminine spelling is usually Devon. The name may also be spelt Devan, Deven, and rarely Devyn...
".


People with the surname David