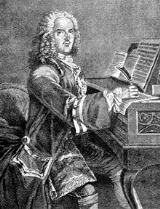 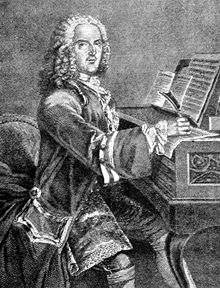 A composer is a person who creates music
Music
Music is an art form whose medium is sound and silence. Its common elements are pitch , rhythm , dynamics, and the sonic qualities of timbre and texture...
, either by musical notation
Musical notation
Music notation or musical notation is any system that represents aurally perceived music, through the use of written symbols.-History:...
or oral tradition
Oral tradition
Oral tradition and oral lore is cultural material and traditions transmitted orally from one generation to another. The messages or testimony are verbally transmitted in speech or song and may take the form, for example, of folktales, sayings, ballads, songs, or chants...
, for interpretation
Interpretation (aesthetics)
An interpretation in philosophy of art, is an explanation of the meaning of some work of art. An interpretation expresses an understanding of a work of art, a poem, performance, or piece of literature.- One or many :...
and performance
Performance
A performance, in performing arts, generally comprises an event in which a performer or group of performers behave in a particular way for another group of people, the audience. Choral music and ballet are examples. Usually the performers participate in rehearsals beforehand. Afterwards audience...
, or through direct manipulation of sonic material through electronic media
Electronic media
Electronic media are media that use electronics or electromechanical energy for the end-user to access the content. This is in contrast to static media , which today are most often created electronically, but don't require electronics to be accessed by the end-user in the printed form...
. The level of distinction between composers and other musician
Musician
A musician is an artist who plays a musical instrument. It may or may not be the person's profession. Musicians can be classified by their roles in performing music and writing music.Also....* A person who makes music a profession....
s varies, which affects issues such as copyright
Copyright
Copyright is a legal concept, enacted by most governments, giving the creator of an original work exclusive rights to it, usually for a limited time...
and the deference given to individual interpretations of a particular piece of music. In the development of European music, the function of composing music initially did not have much greater importance than that of performing it.
The preservation of individual compositions did not receive enormous attention and musicians generally had no qualms about modifying compositions for performance. Over time, however, the written notation of the composer came to be treated as strict instructions from which performers should not deviate without good practical or artistic reason. Performers do, however, play the music and interpret it in a way that is all their own. In fact, in the concerto
Concerto
A concerto is a musical work usually composed in three parts or movements, in which one solo instrument is accompanied by an orchestra.The etymology is uncertain, but the word seems to have originated from the conjunction of the two Latin words...
form, the soloist would often compose and perform a cadenza
Cadenza
In music, a cadenza is, generically, an improvised or written-out ornamental passage played or sung by a soloist or soloists, usually in a "free" rhythmic style, and often allowing for virtuosic display....
as a way to express their individual interpretation of the piece.

Inasmuch as the role of the composer in western art music has seen continued solidification, in alternative idioms (i.e. jazz
Jazz
Jazz is a musical style that originated at the beginning of the 20th century in African American communities in the Southern United States. It was born out of a mix of African and European music traditions. From its early development until the present, jazz has incorporated music from 19th and 20th...
, experimental music
Experimental music
Experimental music refers, in the English-language literature, to a compositional tradition which arose in the mid-20th century, applied particularly in North America to music composed in such a way that its outcome is unforeseeable. Its most famous and influential exponent was John Cage...
) it has in some ways become increasingly complex or vague. For instance, in certain contexts - the line between composer and performer, sound designer, arranger
Arrangement
The American Federation of Musicians defines arranging as "the art of preparing and adapting an already written composition for presentation in other than its original form. An arrangement may include reharmonization, paraphrasing, and/or development of a composition, so that it fully represents...
, producer
Record producer
A record producer is an individual working within the music industry, whose job is to oversee and manage the recording of an artist's music...
, and other roles - can be quite blurred.

The term "composer" is often used to refer to composers of instrumental music
Instrumental
An instrumental is a musical composition or recording without lyrics or singing, although it might include some non-articulate vocal input; the music is primarily or exclusively produced by musical instruments....
, such as those found in classical
Classical music
Classical music is the art music produced in, or rooted in, the traditions of Western liturgical and secular music, encompassing a broad period from roughly the 11th century to present times...
, jazz
Jazz
Jazz is a musical style that originated at the beginning of the 20th century in African American communities in the Southern United States. It was born out of a mix of African and European music traditions. From its early development until the present, jazz has incorporated music from 19th and 20th...
or other forms of art
Art music
Art music is an umbrella term used to refer to musical traditions implying advanced structural and theoretical considerations and a written musical tradition...
and traditional music
Traditional music
Traditional music is the term increasingly used for folk music that is not contemporary folk music. More on this is at the terminology section of the World music article...
. In popular
Popular music
Popular music belongs to any of a number of musical genres "having wide appeal" and is typically distributed to large audiences through the music industry. It stands in contrast to both art music and traditional music, which are typically disseminated academically or orally to smaller, local...
and folk music
Folk music
Folk music is an English term encompassing both traditional folk music and contemporary folk music. The term originated in the 19th century. Traditional folk music has been defined in several ways: as music transmitted by mouth, as music of the lower classes, and as music with unknown composers....
, the composer is usually called a songwriter
Songwriter
A songwriter is an individual who writes both the lyrics and music to a song. Someone who solely writes lyrics may be called a lyricist, and someone who only writes music may be called a composer...
, since the music generally takes the form of a song
Song
In music, a song is a composition for voice or voices, performed by singing.A song may be accompanied by musical instruments, or it may be unaccompanied, as in the case of a cappella songs...
.
Since the mid-20th century, the term has expanded to accommodate creators of electroacoustic music
Electroacoustic music
Electroacoustic music originated in Western art music during its modern era following the incorporation of electric sound production into compositional practice. The initial developments in electroacoustic music composition during the mid-20th century are associated with the activities of composers...
, in which composers directly create sonic material in any of the various electronic media
Electronic media
Electronic media are media that use electronics or electromechanical energy for the end-user to access the content. This is in contrast to static media , which today are most often created electronically, but don't require electronics to be accessed by the end-user in the printed form...
. This is distinct from instrumental composition, where the work is represented by a musical score to be interpreted by performers.
The source of this article is wikipedia, the free encyclopedia.  The text of this article is licensed under the GFDL.