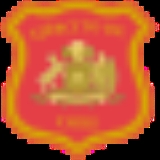 
The Chilean Army is the land arm of the Military of Chile
Military of Chile
Chile's armed forces are subject to civilian control exercised by the president through the Minister of Defense. Military service of 12 to 24 months is mandatory for all male citizens upon turning 18. This conscription service can be postponed for educational or religious reasons...
. This 45,000-person army (12,700 of which are conscripts) is organized into seven divisions, a special operations brigade and an air brigade.

In recent years and after several major reequipment programs, the Chilean Army has become one of the most technologically advanced and professional armies of the Americas
Americas
The Americas, or America , are lands in the Western hemisphere, also known as the New World. In English, the plural form the Americas is often used to refer to the landmasses of North America and South America with their associated islands and regions, while the singular form America is primarily...
.

The Chilean Army is mostly supported by equipment from Germany
Germany
Germany , officially the Federal Republic of Germany , is a federal parliamentary republic in Europe. The country consists of 16 states while the capital and largest city is Berlin. Germany covers an area of 357,021 km2 and has a largely temperate seasonal climate...
, the Netherlands
Netherlands
The Netherlands is a constituent country of the Kingdom of the Netherlands, located mainly in North-West Europe and with several islands in the Caribbean. Mainland Netherlands borders the North Sea to the north and west, Belgium to the south, and Germany to the east, and shares maritime borders...
, Switzerland
Switzerland
Switzerland name of one of the Swiss cantons. ; ; ; or ), in its full name the Swiss Confederation , is a federal republic consisting of 26 cantons, with Bern as the seat of the federal authorities. The country is situated in Western Europe,Or Central Europe depending on the definition....
, the United States
United States
The United States of America is a federal constitutional republic comprising fifty states and a federal district...
, Israel
Israel
The State of Israel is a parliamentary republic located in the Middle East, along the eastern shore of the Mediterranean Sea...
, France
France
The French Republic , The French Republic , The French Republic , (commonly known as France , is a unitary semi-presidential republic in Western Europe with several overseas territories and islands located on other continents and in the Indian, Pacific, and Atlantic oceans. Metropolitan France...
, and Spain
Spain
Spain , officially the Kingdom of Spain languages]] under the European Charter for Regional or Minority Languages. In each of these, Spain's official name is as follows:;;;;;;), is a country and member state of the European Union located in southwestern Europe on the Iberian Peninsula...
.

The Army of the Kingdom of Chile
Kingdom of Chile
The General Captaincy of Chile or Gobernacion de Chile, was an administrative territory of the Viceroyalty of Peru in the Spanish Empire from 1541 to 1818, the year in which it declared itself independent, becoming the Republic of Chile...
was created on December, 2 of 1810 by order of the First National Meeting of Government of Chile.
The army participated actively in the independence war, which, was fought against royalist troops in battles such as Yerbas Buenas, San Carlos, Quechereguas, Rancagua, Chacabuco
Battle of Chacabuco
The Battle of Chacabuco, fought during the Chilean War of Independence, occurred on February 12, 1817. The Army of the Andes of the United Provinces of the Río de la Plata led by General Captain José de San Martín defeated the Spanish force led by Rafael Maroto...
and Maipú
Battle of Maipú
The Battle of Maipú was a battle fought near Santiago, Chile on April 5, 1818 between South American rebels and Spanish royalists, during the Chilean War of Independence...
. During this period national figures such as José Miguel Carrera
José Miguel Carrera
José Miguel Carrera Verdugo was a Chilean general, member of the prominent Carrera family, and considered one of the founders of independent Chile. Carrera was the most important leader of the Chilean War of Independence during the period of the Patria Vieja...
, Bernardo O'Higgins
Bernardo O'Higgins
Bernardo O'Higgins Riquelme was a Chilean independence leader who, together with José de San Martín, freed Chile from Spanish rule in the Chilean War of Independence. Although he was the second Supreme Director of Chile , he is considered one of Chile's founding fathers, as he was the first holder...
and Argentinian General José de San Martín
José de San Martín
José Francisco de San Martín, known simply as Don José de San Martín , was an Argentine general and the prime leader of the southern part of South America's successful struggle for independence from Spain.Born in Yapeyú, Corrientes , he left his mother country at the...
commanded the army toward definitive victory over the Spanish forces ultimately achieving independence for the country. The Army's first commander-in-chief was José Miguel Carrera.

After obtaining independence from Spain, the newly formed Republic tried to reorganize its military structure by inaugurating the War Military academy of Chile, which was founded by General O'Higgins in 1817.


The Chilean Army in the 20th Century

The Chilean Army admired the Prussian Army
Prussian Army
The Royal Prussian Army was the army of the Kingdom of Prussia. It was vital to the development of Brandenburg-Prussia as a European power.The Prussian Army had its roots in the meager mercenary forces of Brandenburg during the Thirty Years' War...
which proved successful in the Franco-Prussian War
Franco-Prussian War
The Franco-Prussian War or Franco-German War, often referred to in France as the 1870 War was a conflict between the Second French Empire and the Kingdom of Prussia. Prussia was aided by the North German Confederation, of which it was a member, and the South German states of Baden, Württemberg and...
, and this led to the appointment in 1886 of Captain Emil Koerner Henze and 36 Prussian officers and NCOs to train officer cadets in the Chilean Military College. The Chilean Army soon gained such a good reputation that Venezuela, Colombia, Ecuador and El Salvador, between 1903 and 1913, requested Chilean officers to assist in the training their armies.

In a massive operation spearheaded by Chilean Army Para-Commandos, security forces involving some 2,000 troops., were deployed in the mountains of Neltume from June to November 1981,where they destroyed two Movimiento de Izquierda Revolucionaria
Revolutionary Left Movement (Chile)
Revolutionary Left Movement is a Chilean political party and former left-wing guerrilla organization founded on October 12, 1965...
(MIR) bases, seizing large caches of munitions and killing a number of guerrillas. Chile still maintains close ties with Germany
Germany
Germany , officially the Federal Republic of Germany , is a federal parliamentary republic in Europe. The country consists of 16 states while the capital and largest city is Berlin. Germany covers an area of 357,021 km2 and has a largely temperate seasonal climate...
, and purchases weapons from German defense contractors. Chile also hires former German Bundeswehr
Bundeswehr
The Bundeswehr consists of the unified armed forces of Germany and their civil administration and procurement authorities...
officers and senior non-commissioned officers as advisers and training cadre, a continuation of a military relationship with Germany that dates back to the late-19th Century.

Army Commandant Office in Santiago, where the main decisions of the Chilean Army are given

Army Ground Operations Command, headquartered in Concepcion
Concepción, Chile
Concepción is a city in Chile, capital of Concepción Province and of the Biobío Region or Region VIII. Greater Concepción is the second-largest conurbation in the country, with 889,725 inhabitants...
, the base garrison of the Chacabuco 7th Reinforced Regiment

The Chilean Army has acquired a number of new systems with the goal of having a completely modernized, and largely mechanized army by 2015. The military has also modifying the operational structure, creating armoured brigades throughout the entire territory, and a new special operations brigade while conserving the current divisional scheme.

Upon graduation, he/she becomes a military officer (Ensign) or non-commissioned officer (Corporal), and the moves on to the branch of his or her choice, except for newly recruited soldiers, whose primary rank is Soldado Dragonante or Soldier Dragonite, and are immediately enrolled as part of the Army Sub-Officer School in Maipu
Maipú
Maipú may refer to:Argentina*Maipú Partido, an administrative division of Buenos Aires Province**Maipú, Buenos Aires, capital of Maipú Partido*Maipú Department, Chaco*Maipú Department, Mendoza*Maipú, MendozaChile*Maipú, Chile...
.

Military ranks are similar to the Prussian and later German Armies, but also has the British/Prussian Ensign rank for officers. The Captain General rank, first used by Bernardo O'Higgins and later by Presidents Ramon Freire and Augusto Pinochet Ugarte, is now inactive.

The ranks used today in the Army are from the 2002 reorganization. It keeps the old enlisted ranks (Privates, Corporals, Sergeants and Sub-officer
Sub-Officer
Sub-Officer is a term used in many military forces used to indicate ranks below commissioned officers. Sub-Officer is equivalent to the term NCO in the Commonwealth and USA...
s) but a new officer rank scheme is used, with 3 general officers instead of four general officers.