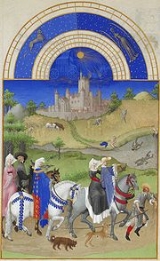 Encyclopedia
August is the eighth month
Month
A month is a unit of time, used with calendars, which was first used and invented in Mesopotamia, as a natural period related to the motion of the Moon; month and Moon are cognates. The traditional concept arose with the cycle of moon phases; such months are synodic months and last approximately...
of the year
Year
A year is the orbital period of the Earth moving around the Sun. For an observer on Earth, this corresponds to the period it takes the Sun to complete one course throughout the zodiac along the ecliptic....
in the Julian
Julian calendar
The Julian calendar began in 45 BC as a reform of the Roman calendar by Julius Caesar. It was chosen after consultation with the astronomer Sosigenes of Alexandria and was probably designed to approximate the tropical year .The Julian calendar has a regular year of 365 days divided into 12 months...
and Gregorian Calendar
Gregorian calendar
The Gregorian calendar, also known as the Western calendar, or Christian calendar, is the internationally accepted civil calendar. It was introduced by Pope Gregory XIII, after whom the calendar was named, by a decree signed on 24 February 1582, a papal bull known by its opening words Inter...
s and one of seven months with a length of 31 days.

This month was originally named Sextilis
Sextilis
Sextilis was the original Latin name for the sixth month in the Roman calendar. It was renamed Augustus in 8 BC in honor of the first Roman emperor, Augustus Caesar, for two reasons...
in Latin
Latin
Latin is an Italic language originally spoken in Latium and Ancient Rome. It, along with most European languages, is a descendant of the ancient Proto-Indo-European language. Although it is considered a dead language, a number of scholars and members of the Christian clergy speak it fluently, and...
, because it was the sixth month in the original ten-month Roman calendar
Roman calendar
The Roman calendar changed its form several times in the time between the founding of Rome and the fall of the Roman Empire. This article generally discusses the early Roman or pre-Julian calendars...
under Romulus
Romulus and Remus
Romulus and Remus are Rome's twin founders in its traditional foundation myth, although the former is sometimes said to be the sole founder...
in 753 BC, when March
March
March is in present time held to be the third month of the year in both the Julian and Gregorian calendars. It is one of the seven months which are 31 days long....
was the first month of the year. About 700 BC it became the eighth month when January
January
January is the first month of the year in the Julian and Gregorian calendars and one of seven months with the length of 31 days. The first day of the month is known as New Year's Day...
and February
February
February is the second month of the year in the Julian and Gregorian calendars. It is the shortest month and the only month with fewer than 30 days. The month has 28 days in common years and 29 days in leap years...
were added to the year before March by King Numa Pompilius
Numa Pompilius
Numa Pompilius was the legendary second king of Rome, succeeding Romulus. What tales are descended to us about him come from Valerius Antias, an author from the early part of the 1st century BC known through limited mentions of later authors , Dionysius of Halicarnassus circa 60BC-...
, who also gave it 29 days. Julius Caesar
Julius Caesar
Gaius Julius Caesar was a Roman general and statesman and a distinguished writer of Latin prose. He played a critical role in the gradual transformation of the Roman Republic into the Roman Empire....
added two days when he created the Julian calendar
Julian calendar
The Julian calendar began in 45 BC as a reform of the Roman calendar by Julius Caesar. It was chosen after consultation with the astronomer Sosigenes of Alexandria and was probably designed to approximate the tropical year .The Julian calendar has a regular year of 365 days divided into 12 months...
in 45 BC
45 BC
Year 45 BC was either a common year starting on Thursday, Friday or Saturday or a leap year starting on Friday or Saturday and the first year of the Julian calendar and a leap year starting on Friday of the Proleptic Julian calendar...
giving it its modern length of 31 days. In 8 BC
8 BC
Year 8 BC was either a common year starting on Friday or Saturday or a leap year starting on Thursday of the Julian calendar and a common year starting on Wednesday of the Proleptic Julian calendar...
it was renamed in honor of Augustus
Augustus
Augustus ;23 September 63 BC – 19 August AD 14) is considered the first emperor of the Roman Empire, which he ruled alone from 27 BC until his death in 14 AD.The dates of his rule are contemporary dates; Augustus lived under two calendars, the Roman Republican until 45 BC, and the Julian...
, who did not take a day from February (see the debunked theory on month lengths). According to a Senatus consultum
Senatus consultum
A senatus consultum is a text emanating from the senate in Ancient Rome. It is used in the modern phrase senatus consultum ultimum...
quoted by Macrobius, he chose this month because it was the time of several of his great triumphs, including the conquest of Egypt. 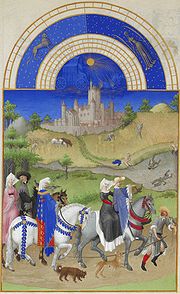 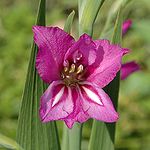 August's birthstone is the peridot
Peridot
-Chemistry:The chemical composition of peridot is 2SiO4, with Mg in greater quantities than Fe.-Etymology:The origin of the name "peridot" is uncertain...
or onyx
Onyx
Onyx is a banded variety of chalcedony. The colors of its bands range from white to almost every color . Commonly, specimens of onyx contain bands of black and/or white.-Etymology:...
. Its birth flower
Birth flower
Each month has a flower that symbolizes the month of somebody's birth. Every month has a flower that is sometimes referred to as a Birth Month Flower.- British style :-US style:...
is the gladiolus
Gladiolus
Gladiolus is a genus of perennial bulbous flowering plants in the iris family...
or poppy
Poppy
A poppy is one of a group of a flowering plants in the poppy family, many of which are grown in gardens for their colorful flowers. Poppies are sometimes used for symbolic reasons, such as in remembrance of soldiers who have died during wartime....
, meaning beauty, strength of character, love, marriage and family.