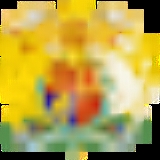 After the death of Anne with no living children, George I, the son of Sophia of Hanover
Sophia of Hanover
Sophia of the Palatinate was an heiress to the crowns of England and Ireland and later the crown of Great Britain. She was declared heiress presumptive by the Act of Settlement 1701...
, granddaughter of James VI of Scotland and I of England through his daughter Elizabeth of Bohemia
Elizabeth of Bohemia
Elizabeth of Bohemia was the eldest daughter of King James VI and I, King of Scotland, England, Ireland, and Anne of Denmark. As the wife of Frederick V, Elector Palatine, she was Electress Palatine and briefly Queen of Bohemia...
, was the closest Protestant heir to the throne.

House of Saxe-Coburg and Gotha

Although he was the son and heir of Victoria, Edward VII inherited his father's names and is therefore counted as inaugurating a new royal house.