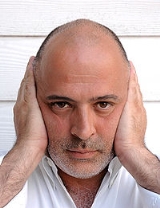 El gran simulador (The Great Pretender, 2006) is the documentary in which Montes-Bradley mocks a group piqueteros who have been manifesting on an ongoing border dispute with Uruguay
Uruguay
Uruguay ,officially the Oriental Republic of Uruguay,sometimes the Eastern Republic of Uruguay; ) is a country in the southeastern part of South America. It is home to some 3.5 million people, of whom 1.8 million live in the capital Montevideo and its metropolitan area...
over the installation of a paper-mill plant property of Botnia a commercial firm based in Finland. The idea of ridiculing a "popular cause" is unusual in Argentina where documentaries are often aimed in the exact opposite direction. The Monty-Pythonesque approach to the cause of the environmentalists did more for the popularity of the filmmaker than the previous twenty years dedicated to making documentaries on writers and philosophers and alike, which resulted on an extraordinary library of more than forty titles on Latin American Culture. The media overplayed the imminent release of El gran simulador in Buenos Aires in December 2005, and film was ultimately censured by the National Institute of Cinematography (Incaa). In January 2006, Montes-Bradley and his family were forced to seek save-Heaven in neighboring Uruguay where the documentary was well received and released on January 12, 2006. In a most recent note El gran simulador was ultimately released in Argentina in April 2008, and distributed by Editorial Perfil, the opposition media conglomerate own by Jorge Fontevecchia.

Eduardo Montes-Bradley directed a handful of music-videos at odds with the dominant trends at a time in which MTV Latino was still in the experimental stage. Rumbera, by Willy Chirino
Willy Chirino
Willy Chirino, born April 5, 1947 in Consolación del Sur, Pinar del Río, Cuba, is an entertainer and singer in the salsa style.-Early Family Life:...
, (Sony Music, 1994 soon became a cult video-clip, not only because it was shot in one single take seven minutes long, but because of the extravaganza brought to the screen by the characters. Rumbera was shot in a South Beach
South Beach
South Beach, also nicknamed SoBe, is a neighborhood in the city of Miami Beach, Florida, United States. It is the area south of Indian Creek and encompasses roughly the southernmost 23 blocks of the main barrier island that separates the Atlantic Ocean and Biscayne Bay.This area was the first...
cabaret and included monkeys, transvestites, fire-eaters, a salsa-band, dancers and almost a hundred extras. Rumbera opened the doors to salsa in the regular basis in MTV Latino, until then, exclusively focused to Rock, Pop and ballads from South America. Rumbera, shot on S-16 mm, screened and compete in Havana
Havana
Havana is the capital city, province, major port, and leading commercial centre of Cuba. The city proper has a population of 2.1 million inhabitants, and it spans a total of — making it the largest city in the Caribbean region, and the most populous...
, Cuba
Cuba
The Republic of Cuba is an island nation in the Caribbean. The nation of Cuba consists of the main island of Cuba, the Isla de la Juventud, and several archipelagos. Havana is the largest city in Cuba and the country's capital. Santiago de Cuba is the second largest city...
at the Festival Internacional del Nuevo Cine Latinoamericano, in December 1994. That was the first time the public had the opportunity to see Willy Chirino on the Cuban screen where he remains, like Olga Guillot
Olga Guillot
Olga Guillot was a Cuban singer who was known to be the "queen of bolero". She was a native of the Cuban city of Santiago.Guillot and her family moved to Havana, Cuba when she was a small child...
, strictly blacklisted. Another interesting music-video by EM-B is Dale Pascual by "Los enanitos verdes", a Chilean pop-band. Dale Pascual was shot in 35mm in La Cava, a slum in San Isidro
San Isidro, Buenos Aires
San Isidro, Buenos Aires is a municipality in Greater Buenos Aires and one of the most affluent municipalities in Argentina. It is located in San Isidro Partido in the Buenos Aires Province....
, in the Province of Buenos Aires. The track spells out the hardships a have-not in Argentina. La Cava provided the setting typical of neo-realism
Neorealism (art)
In art, neorealism was established by the ex-Camden Town Group painters Charles Ginner and Harold Gilman at the beginning of World War I. They set out to explore the spirit of their age through the shapes and colours of daily life...
which emphasized the hard living conditions, unemployment and recession. To underline the sacrifice the director staged the crucifixion of a naked boy. The image was too much for the networks in most Latin American countries. In Chile the film was censured and MTV refused to play it across the board. Dale Pascual marked a turning point and the end of M-B's career as a music-video director. 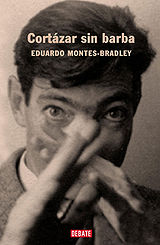 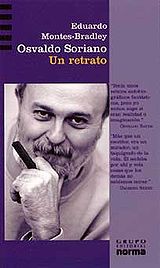 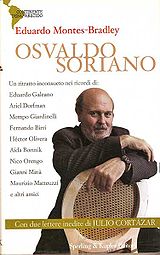 In less than five hundred pages the author exposes the mechanisms used to build Cortázar: the myth, providing at the same time the tools to destroy the myth, or better yet, helping Cortázar back into his more human and transcendent dimension. Montes-Bradley had previously boarded at least two other sacred cows of the Argentine cultural aparatik: Borges and Soriano
Osvaldo Soriano
Osvaldo Soriano, Journalist and writer. Born January 6, 1943 in Mar del Plata, Argentina – died on January 29, 1997 in Buenos Aires.-Biography:...
. With Cortázar sin Barba (Cortázar without a beard) Montes-Bradkey, once again goes for one of the untouchables. Montes-Bradley approaches the pathological relationship of the author with his mother in face of an absent father. The illegitimate nature of the birth of Cortázar's mother and the clandestine relationship of his grandparents is traced in Cortázar's literary works with detectivesque obsession. "Cortázar sin barba" (Cortázar without a beard), is well documented and written in the style, no longer visible unfortunately, of many classic biographies in the English literature
English literature
English literature is the literature written in the English language, including literature composed in English by writers not necessarily from England; for example, Robert Burns was Scottish, James Joyce was Irish, Joseph Conrad was Polish, Dylan Thomas was Welsh, Edgar Allan Poe was American, J....
which will tend to prove not "Who killed" the man but Who made him up. Hence, the French accent in Cortázar turns out to be no more than a dysfunctional dislalia, his father allegedly a diplomat in Belgium at the time of Cortázar's birth is no diplomat but rather a salesman working for his father-in-law who never wanted to marry granny. "No one writes biographies like this one any more" said Joaquin Marco in his review for El Cultural in Madrid
Madrid
Madrid is the capital and largest city of Spain. The population of the city is roughly 3.3 million and the entire population of the Madrid metropolitan area is calculated to be 6.271 million. It is the third largest city in the European Union, after London and Berlin, and its metropolitan...
. "Biographers no longer write like Richard Ellmann
Richard Ellmann
Richard David Ellmann was a prominent American literary critic and biographer of the Irish writers James Joyce, Oscar Wilde, and William Butler Yeats...
and no foundations dares to finance an undertaking such as the one Montes-Bradley has chosen to write". But Montes-Bradley goes beyond the simple facts of a life tylored for a generation desperately seeking revolutionaries and literary heroes, to penetrates deeper into the fiber of the Argentine society. Montes-Bradley takes us through loyalty and betray in Argentina at the time the Spanish Civil War; Fascism at the University where Cortázar taught French Literature in the nineteen forties when Peronism came to occupy the space left vacant by the un-fatherly figure of the man who bailed living no trace behind. "Cortázar sin barba" is more than just biography, in a way it is a X-Ray to the bottom half of the 20th century in Argentina. The first edition of Cortázar sin barba was published by Sudamericana, Argentina, 2004.

Eduardo Montes-Bradley has contributed with the following publications: Les cinemas de la Amerique Latine, by the Association Rencontres Cinémas d'Amérique Latine de Toulouse France; La Jornada, México
Mexico
The United Mexican States , commonly known as Mexico , is a federal constitutional republic in North America. It is bordered on the north by the United States; on the south and west by the Pacific Ocean; on the southeast by Guatemala, Belize, and the Caribbean Sea; and on the east by the Gulf of...
; the monthly review Latinoamérica e Tutto il Sud dell Mondo, Italy; and in Argentina with the literary magazine Esperando a Godot; the art-magazine Revista Lote, Venado Tuerto
Venado Tuerto
Venado Tuerto is a city in the south-west of the , 322 km from the provincial capital. It has about 70,000 inhabitants .Venado Tuerto was founded on April 26, 1884 by Eduardo Casey, born in Lobos, Buenos Aires, in 1847. He was the son of two Irish immigrants who had amassed considerable wealth...
, Suplemento Radar published weekly by Página/12, El Amante de cine, "Diario Perfil", "Revista Ñ" Clarin, Critica de Argentina; and La Nación
La Nación
La Nación is an Argentine daily newspaper. The country's leading conservative paper, the centrist Clarín is its main competitor. It is the only newspaper in Argentina still published in broadsheet format.-Overview:...
. Eduardo Montes-Bradley is also a frequent collaborator with the literary blog "Nación Apache"

His interventions in the media can be classified as follows: a. In-depth articles on subjects as diverse as the life of Dean Reed
Dean Reed
Dean Cyril Reed was an American actor, singer and songwriter who lived a great part of his adult life in South America and then in communist East Germany.-Life and career:...
in the Soviet Union and the aftermath of the Battleship Potemkin; b. Sudden and brief pieces on current affairs with a particular emphasis in domestic politics in Argentina. One of Montes-Bradley's bull's eye of choice appears to be the National Institute of Cinematography (INCAA) a government institution repeatedly denounced for its high levels of corruption, its known arbitrary rules and censorship and the discretionary handling of public resources. c. Letters to the Editor. Probably the most curious form of interventionism. Montes-Bradley has written a substantial number of letters to the editors in the past becoming a regular de facto columnist in sections of newspapers and magazines otherwise reserved for the occasional reader.


Appearances in other documentaries

Montes-Bradley is a member of International Documentary Association
International Documentary Association
International Documentary Association , founded in 1982, is a non-profit organization promoting documentary film, video and new media, to support the efforts of documentary filmmaking and video production makers around the world and to increase public appreciation and demand for the art of the...
(IDA), Phi Theta Kappa
Phi Theta Kappa
Phi Theta Kappa, also ΦΘΚ or sometimes PTK , is the international honor society of two-year colleges and academic programs, particularly community colleges and junior colleges. It also includes Associate's degree-granting programs offered by four-year colleges...
, The American Association of Teachers of Spanish and Portuguese (AATSP), Sons of the American Revolution
Sons of the American Revolution
The National Society of the Sons of the American Revolution is a Louisville, Kentucky-based fraternal organization in the United States...
(SAR), Association of Personal Historians, and the American Club of Buenos Aires.
The source of this article is wikipedia, the free encyclopedia.  The text of this article is licensed under the GFDL.