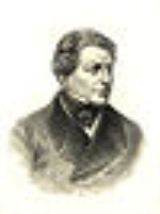 Encyclopedia
In Portugal
Portugal
Portugal , officially the Portuguese Republic is a country situated in southwestern Europe on the Iberian Peninsula. Portugal is the westernmost country of Europe, and is bordered by the Atlantic Ocean to the West and South and by Spain to the North and East. The Atlantic archipelagos of the...
, the post of Prime Minister (primeiro-ministro, pɾiˈmɐjɾu mɨˈniʃtɾu or [miˈniʃtɾu]) is the head of the country's Government
Government
Government refers to the legislators, administrators, and arbitrators in the administrative bureaucracy who control a state at a given time, and to the system of government by which they are organized...
. He/she coordinates the actions of all ministers, represents the Government as a whole, reports his actions and is controlled by the Assembly of the Republic
Assembly of the Republic
The Assembly of the Republic is the Portuguese parliament. It is located in a historical building in Lisbon, referred to as Palácio de São Bento, the site of an old Benedictine monastery...
, and keeps the President of the Republic
President of Portugal
Portugal has been a republic since 1910, and since that time the head of state has been the president, whose official title is President of the Portuguese Republic ....
informed.

There is no limit to the number of mandates as Prime Minister. He/she is appointed by the President of the Republic, after the legislative elections and after an audience with every leader of a party represented at the Assembly. It is usual for the leader of the party which receives a plurality of votes in the elections to be named Prime Minister.

The official residence of the Prime Minister, a mansion next to São Bento Palace
São Bento Palace
The Palácio de São Bento , "Saint Benedict's Palace", is the home of the Assembly of the Republic, the Portuguese parliament. It is located in Lisbon. Close to Bairro Alto, the Palace of São Bento was formerly known as the seat of the National Assembly during the Estado Novo regime...
, which, in confusion, is also often called "São Bento Palace", although many Prime Ministers didn't live in the palace during their full mandate.

The origins of present office of Prime Minister of Portugal fall back to the beginning of the Portuguese Monarchy in the 12th century. Typically, a senior official of the King of Portugal prevailed over the others, ensuring the coordination of the administration of the Kingdom as a kind of prime minister. Throughout history, the prominent position fell successively on the Mayor of the Palace
Mayor of the Palace
Mayor of the Palace was an early medieval title and office, also called majordomo, from the Latin title maior domus , used most notably in the Frankish kingdoms in the 7th and 8th centuries....
(Portuguese
Portuguese language
Portuguese is a Romance language that arose in the medieval Kingdom of Galicia, nowadays Galicia and Northern Portugal. The southern part of the Kingdom of Galicia became independent as the County of Portugal in 1095...
Mordomo-Mor), on the Chancellor
Chancellor
Chancellor is the title of various official positions in the governments of many nations. The original chancellors were the Cancellarii of Roman courts of justice—ushers who sat at the cancelli or lattice work screens of a basilica or law court, which separated the judge and counsel from the...
(Chanceler-Mor), on the King's Private Secretary (Escrivão da Puridade) and on the Secretary of State (Secretário de Estado).

In 1736, three offices of secretary of state were created, with the Secretary of State of the Internal Affairs of the Kingdom (Secretário de Estado dos Negócios Interiores do Reino) occupying a prominent position over the others.

Since the 1820 Liberal Revolution of Porto, liberalism
Liberalism
Liberalism is the belief in the importance of liberty and equal rights. Liberals espouse a wide array of views depending on their understanding of these principles, but generally, liberals support ideas such as constitutionalism, liberal democracy, free and fair elections, human rights,...
and parliamentarism were installed in the country. In the first liberal period, there were three to six secretaries of state with equal position in the hierarchy, but with the Secretary the Internal Affairs of the Kingdom (usually known by Minister of the Kingdom) continuing to occupy a prominent position. Occasionally there was a Minister Assistant to the Dispatch (Ministro Assistente ao Despacho), a coordinator of all secretaries of state, and with a post similar to that of a prime minister. After a brief absolutistic restoration, the second liberalism started. With the beginning of the Constitutional Monarchy, the office of President of the Council of Ministers (President do Conselho de Ministros) was created. The Presidents of the Council were clearly the heads of government of the Kingdom, holding the executive power that absolutistic monarchs had, but were restricted by the controlling power of a National Congress.

With the advent of the Republic in the 5 October 1910 revolution
5 October 1910 revolution
The revolution of 1910 was a republican coup d'état that occurred in Portugal on 5 October 1910, which deposed King Manuel II and established the Portuguese First Republic....
, the head of government was renamed President of the Ministry (President do Ministério). During this period the heads of government were under the strong power of the parliament and often fell due to parliamentary turmoils and social instability.

With the 28 May 1926 coup d'état, and eventually, after the formation of the Estado Novo quasi-fascist dictatorial regime of António de Oliveira Salazar
António de Oliveira Salazar
António de Oliveira Salazar, GColIH, GCTE, GCSE served as the Prime Minister of Portugal from 1932 to 1968. He also served as acting President of the Republic briefly in 1951. He founded and led the Estado Novo , the authoritarian, right-wing government that presided over and controlled Portugal...
, the Prime Minister was again named President of the Council of Ministers, and was nominally the most important figure in the country. First Salazar and then Marcello Caetano occupied this post for almost 42 years.

The numbering of the Prime Ministers starts with the first President of the Council of Ministers of the constitutional monarchy. A second column is added after the establishment of the Republic, numbering the Prime Ministers from there to the present day. Another column is added for the numbering inside the three regimes: First Republic
Portuguese First Republic
The Portuguese First Republic spans a complex 16 year period in the history of Portugal, between the end of the period of constitutional monarchy marked by the 5 October 1910 revolution and the 28 May coup d'état of 1926...
, the Second Republic and Third Republic, with a fourth column in the Second Republic to mark the numbering of Prime Ministers since the 1926 revolution that established the National Dictatorship and since the replacement of the National Dictatorship with the Salazarist Estado Novo. In the Third Republic, a fourth column is also used to distinguish the prime ministers of the provisional governments that existed during the period immediately following the Carnation Revolution
Carnation Revolution
The Carnation Revolution , also referred to as the 25 de Abril , was a military coup started on 25 April 1974, in Lisbon, Portugal, coupled with an unanticipated and extensive campaign of civil resistance...
of 1974 from the prime ministers that assumed office after the entry into force of Portugal's current democratic Constitution adopted 1976.