Encyclopedia
The Irish House of Commons was the lower house
Lower house
A lower house is one of two chambers of a bicameral legislature, the other chamber being the upper house.Despite its official position "below" the upper house, in many legislatures worldwide the lower house has come to wield more power...
of the Parliament of Ireland
Parliament of Ireland
The Parliament of Ireland was a legislature that existed in Dublin from 1297 until 1800. In its early mediaeval period during the Lordship of Ireland it consisted of either two or three chambers: the House of Commons, elected by a very restricted suffrage, the House of Lords in which the lords...
, that existed from 1297 until 1800. The upper house was the House of Lords
Irish House of Lords
The Irish House of Lords was the upper house of the Parliament of Ireland that existed from mediaeval times until 1800. It was abolished along with the Irish House of Commons by the Act of Union.-Function:...
. The membership of the House of Commons was directly elected, but on a highly restrictive franchise: in counties forty shilling freeholders were enfranchised whilst in most boroughs it was either only the members of self electing corporations or a highly restricted body of freemen that were able to vote for the borough's representatives. Most notably, Roman Catholics were disqualified from sitting in the Irish parliament from 1691, even though they comprised the vast majority of the Irish population. From 1728 until 1793 they were also disfranchised
Disfranchisement
Disfranchisement is the revocation of the right of suffrage of a person or group of people, or rendering a person's vote less effective, or ineffective...
. Most of the population of all religions had no vote.

The British-appointed Irish executive, under the Lord Lieutenant of Ireland
Lord Lieutenant of Ireland
The Lord Lieutenant of Ireland was the British King's representative and head of the Irish executive during the Lordship of Ireland , the Kingdom of Ireland and the United Kingdom of Great Britain and Ireland...
, was not answerable to the House of Commons but to the British government. However, the Chief Secretary for Ireland
Chief Secretary for Ireland
The Chief Secretary for Ireland was a key political office in the British administration in Ireland. Nominally subordinate to the Lord Lieutenant, from the late 18th century until the end of British rule he was effectively the government minister with responsibility for governing Ireland; usually...
was usually a member of the Irish parliament. In the Commons, business was presided over by the Speaker
Speaker (politics)
The term speaker is a title often given to the presiding officer of a deliberative assembly, especially a legislative body. The speaker's official role is to moderate debate, make rulings on procedure, announce the results of votes, and the like. The speaker decides who may speak and has the...
who, in the absence of a government chosen from and answerable to the Commons, was the dominant political figure in the parliament. The House of Commons was abolished when the Irish parliament merged with its British
House of Commons of Great Britain
The House of Commons of Great Britain was the lower house of the Parliament of Great Britain between 1707 and 1801. In 1707, as a result of the Acts of Union of that year, it replaced the House of Commons of England and the third estate of the Parliament of Scotland, as one of the most significant...
counterpart in 1801 under the Act of Union
Act of Union 1800
The Acts of Union 1800 describe two complementary Acts, namely:* the Union with Ireland Act 1800 , an Act of the Parliament of Great Britain, and...
, forming the United Kingdom of Great Britain and Ireland
United Kingdom of Great Britain and Ireland
The United Kingdom of Great Britain and Ireland was the formal name of the United Kingdom during the period when what is now the Republic of Ireland formed a part of it....
. 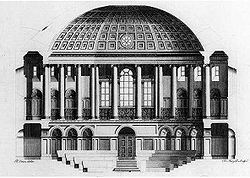 The House was elected in the same way as the British House of Commons. By the time of the Union, the shape of the House had been fixed with two members elected for each of the 32 Counties of Ireland
Counties of Ireland
The counties of Ireland are sub-national divisions used for the purposes of geographic demarcation and local government. Closely related to the county is the County corporate which covered towns or cities which were deemed to be important enough to be independent from their counties. A county...
, two members for each of 117 Boroughs, and two members for Dublin University, a total of 300 members. The number of Boroughs invited to return members had originally been small (only 55 Boroughs existed in 1603) but was doubled by the Stuart monarchs.

Parliaments of Elizabeth I
Elizabeth I of England
Elizabeth I was queen regnant of England and Ireland from 17 November 1558 until her death. Sometimes called The Virgin Queen, Gloriana, or Good Queen Bess, Elizabeth was the fifth and last monarch of the Tudor dynasty...


Parliaments of James I
James I of England
James VI and I was King of Scots as James VI from 24 July 1567 and King of England and Ireland as James I from the union of the English and Scottish crowns on 24 March 1603...


Parliaments of Charles I
Charles I of England
Charles I was King of England, King of Scotland, and King of Ireland from 27 March 1625 until his execution in 1649. Charles engaged in a struggle for power with the Parliament of England, attempting to obtain royal revenue whilst Parliament sought to curb his Royal prerogative which Charles...


Parliament of Charles II
Charles II of England
Charles II was monarch of the three kingdoms of England, Scotland, and Ireland.Charles II's father, King Charles I, was executed at Whitehall on 30 January 1649, at the climax of the English Civil War...

Parliaments of William III
William III of England
William III & II was a sovereign Prince of Orange of the House of Orange-Nassau by birth. From 1672 he governed as Stadtholder William III of Orange over Holland, Zeeland, Utrecht, Guelders, and Overijssel of the Dutch Republic. From 1689 he reigned as William III over England and Ireland...
and Mary II
Mary II of England
Mary II was joint Sovereign of England, Scotland, and Ireland with her husband and first cousin, William III and II, from 1689 until her death. William and Mary, both Protestants, became king and queen regnant, respectively, following the Glorious Revolution, which resulted in the deposition of...


Parliaments of Anne
Anne of Great Britain
Anne ascended the thrones of England, Scotland and Ireland on 8 March 1702. On 1 May 1707, under the Act of Union, two of her realms, England and Scotland, were united as a single sovereign state, the Kingdom of Great Britain.Anne's Catholic father, James II and VII, was deposed during the...


Parliament of George I

Until 1793 members could not resign their seats. They could cease to be a member of the House only by one of four ways:

In 1793 a methodology for resignation was created, equivalent to the Chiltern Hundreds
Chiltern Hundreds
Appointment to the office of Crown Steward and Bailiff of the three Chiltern Hundreds of Stoke, Desborough and Burnham is a sinecure appointment which is used as a device allowing a Member of the United Kingdom Parliament to resign his or her seat...
in the British House of Commons
British House of Commons
The House of Commons is the lower house of the Parliament of the United Kingdom, which also comprises the Sovereign and the House of Lords . Both Commons and Lords meet in the Palace of Westminster. The Commons is a democratically elected body, consisting of 650 members , who are known as Members...
. Irish members could now be appointed to either the Escheatorship of Munster, the Escheatorship of Leinster, the Escheatorship of Connaught or the Escheatorship of Ulster. Possession of one of these Crown offices, with entailed a 30/ (30 shilling
Shilling
The shilling is a unit of currency used in some current and former British Commonwealth countries. The word shilling comes from scilling, an accounting term that dates back to Anglo-Saxon times where it was deemed to be the value of a cow in Kent or a sheep elsewhere. The word is thought to derive...
) salary, automatically terminated one's membership of the House of Commons.
The source of this article is wikipedia, the free encyclopedia.  The text of this article is licensed under the GFDL.