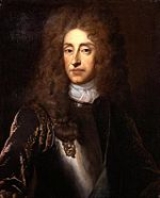 What makes James II an important figure in society?
More

What laws and regulations did james ii change when he became king?
More

1660    James II of England is named Duke of Normandy by Louis XIV of France.

1665    James Stuart, Duke of York (later to become King James II of England) defeats the Dutch fleet off the coast of Lowestoft.

1689    The Convention Parliament convenes and declares that the flight to France in 1688 by James II, the last Roman Catholic British monarch, constitutes an abdication.

1690    Battle of the Boyne (Gregorian calendar) &ndash; The armies of William III defeat those of the former James II.