In typography
Typography
Typography is the art and technique of arranging type in order to make language visible. The arrangement of type involves the selection of typefaces, point size, line length, leading , adjusting the spaces between groups of letters and adjusting the space between pairs of letters...
, a sans-serif, sans serif or san serif typeface
Typeface
In typography, a typeface is the artistic representation or interpretation of characters; it is the way the type looks. Each type is designed and there are thousands of different typefaces in existence, with new ones being developed constantly....
is one that does not have the small projecting features called "serif
Serif
In typography, serifs are semi-structural details on the ends of some of the strokes that make up letters and symbols. A typeface with serifs is called a serif typeface . A typeface without serifs is called sans serif or sans-serif, from the French sans, meaning “without”...
s" at the end of strokes. The term comes from the French word sans, meaning "without".

In print, sans-serif fonts are used for headlines rather than for body text. The conventional wisdom
Conventional wisdom
Conventional wisdom is a term used to describe ideas or explanations that are generally accepted as true by the public or by experts in a field. Such ideas or explanations, though widely held, are unexamined. Unqualified societal discourse preserves the status quo. It codifies existing social...
holds that serifs help guide the eye along the lines in large blocks of text. Sans-serifs, however, have acquired considerable acceptance for body text in Europe
Europe
Europe is, by convention, one of the world's seven continents. Comprising the westernmost peninsula of Eurasia, Europe is generally 'divided' from Asia to its east by the watershed divides of the Ural and Caucasus Mountains, the Ural River, the Caspian and Black Seas, and the waterways connecting...
.

Sans-serif fonts have become the de facto
De facto
De facto is a Latin expression that means "concerning fact." In law, it often means "in practice but not necessarily ordained by law" or "in practice or actuality, but not officially established." It is commonly used in contrast to de jure when referring to matters of law, governance, or...
standard for body text on-screen, especially online. This is partly because interlaced displays may show twittering on the fine details of the horizontal serifs. Additionally, the low resolution of digital displays in general can make fine details like serifs disappear or appear too large.

Before the term “sans-serif” became standard in English typography, a number of other terms had been used. One of these outmoded terms for sans serif was gothic, which is still used in East Asian typography and sometimes seen in font names like Century Gothic
Century Gothic
Century Gothic is a geometric sans-serif typeface designed for Monotype Imaging in 1991. It is a digital typeface that has never been made into actual foundry type...
.

Sans-serif fonts are sometimes, especially in older documents, used as a device for emphasis
Emphasis (typography)
In typography, emphasis is the exaggeration of words in a text with a font in a different style from the rest of the text—to emphasize them.- Methods and use :...
, due to their typically blacker type color
Type color
In typography, type color refers to the weight or boldness of a typeface and is used by designers and typographers to describe the visual tone of a mass of text on a page. The type color of a particular typeface affects the amount of ink on the page, also known as its blackness...
.

Sans-serif forms can be found in Latin, Etruscan
Etruscan language
The Etruscan language was spoken and written by the Etruscan civilization, in what is present-day Italy, in the ancient region of Etruria and in parts of Lombardy, Veneto, and Emilia-Romagna...
, and Greek inscriptions, for as early as 5th century BC. The sans serif forms had been used on stoichedon
Stoichedon
The stoichedon style of epigraphy was the practice of engraving ancient Greek inscriptions in capitals such that the letters were aligned vertically as well as horizontally...
Greek inscriptions.

The first known usage of Etruscan sans-serif foundry types was from Thomas Dempster
Thomas Dempster
Thomas Dempster was a Scottish scholar and historian. Born into the aristocracy in Aberdeenshire, which comprises regions of both the Scottish highlands and the Scottish lowlands, he was sent abroad as a youth for his education. The Dempsters were Catholic in an increasingly Protestant country and...
's De Etruria regali libri VII (1723). Later at about 1745, Caslon foundry made the first sans-serif types for Etruscan languages, which was used by University Press, Oxford, for pamphlets written by Etruscan scholar John Swinton.

According to James Mosley's Typographica
Typographica
Typographica was the name of a journal of typography and visual arts founded and edited by Herbert Spencer from 1949 to 1967. Spencer was just 25 years old when the first Typographica was issued....
journal titled The Nymph and the Grot: the revival of the sanserif letter, the sans serif letters had appeared as early as 1748, as an inscription of Nymph in the Grotto in Stourhead
Stourhead
Stourhead is a 2,650 acre estate at the source of the River Stour near Mere, Wiltshire, England. The estate includes a Palladian mansion, the village of Stourton, gardens, farmland, and woodland...
. However, it was classified as an experiment rather than a sign of wide-scale adoption.

In late 18th century, Neoclassicism
Neoclassicism
Neoclassicism is the name given to Western movements in the decorative and visual arts, literature, theatre, music, and architecture that draw inspiration from the "classical" art and culture of Ancient Greece or Ancient Rome...
led to architects to increasingly incorporating ancient Greek and Roman designs in contemporary structures. Among the architects, John Soane
John Soane
Sir John Soane, RA was an English architect who specialised in the Neo-Classical style. His architectural works are distinguished by their clean lines, massing of simple form, decisive detailing, careful proportions and skilful use of light sources...
was noted for using sans serif letters on his drawings and architectural designs, which were eventually adopted by other designers, such as Thomas Banks
Thomas Banks
Thomas Banks , English sculptor, son of a surveyor who was land steward to the Duke of Beaufort, was born in London. He was taught drawing by his father, and in 1750 was apprenticed to a woodcarver. In his spare time he worked at sculpture, spending his evenings in the studio of the Flemish émigré...
, John Flaxman
John Flaxman
John Flaxman was an English sculptor and draughtsman.-Early life:He was born in York. His father was also named John, after an ancestor who, according to family tradition, had fought for Parliament at the Battle of Naseby, and afterwards settled as a carrier or farmer in Buckinghamshire...
.

Sans-serif letters began to appear in printed media as early as 1805, in European Magazine. However, early 19th-century commercial sign writers and engravers had modified the sans-serif styles of neoclassical designers to include uneven stroke weights found in serif Roman fonts, producing sans-serif letters.

In 1816, the Ordnance Survey
Ordnance Survey
Ordnance Survey , an executive agency and non-ministerial government department of the Government of the United Kingdom, is the national mapping agency for Great Britain, producing maps of Great Britain , and one of the world's largest producers of maps.The name reflects its creation together with...
began to use 'Egyptian' type, which was printed using copper plate engraving of monoline sans-serif capital letters, to name ancient Roman sites. 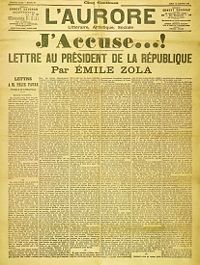 In 1786, a rounded sans-serif font was developed by Valentin Haüy
Valentin Haüy
Valentin Haüy - 19 March 1822 in Paris) was the founder, in 1784, of the first school for the blind, the Royal Institution for the Young Blind in Paris . In 1819, Louis Braille entered this school....
, first appeared in the book titled "Essai sur l'éducation des aveugles" (An Essay on the Education of the Blind). The purpose of this font was to be invisible and address accessibility. It was designed to emboss paper and allow the blind to read with their fingers. The design was eventually known as Haüy type.

In 1816, William Caslon IV produced the first sans-serif printing type in England for Latin characters under the title 'Two Lines English Egyptian', where 'Two Lines English' referred to the font's body size, which equals to about 28 points. Originally cut in 1812.

The first Grotesque face complete with lower-case letters was probably cast by the Schelter & Giesecke Foundry as early as 1825.

In 1832, Thorowgood of Fann Street Foundry introduced Grotesque, which include the first commercial Latin printing type to include lowercase sans-serif letters


Other names for sans-serif

For the purposes of type classification, sans-serif designs can be divided into four major groups:

Note that in some sans-serif fonts, such as Arial, the capital-i and lowercase-L appear identical. Verdana, however, keeps them distinct because Verdana's capital-i, as an exception, has serifs. Other fonts may have two horizontal bars on the capital-i, a curved tail on the lowercase-L, or both.

In British Standards Classification of Typefaces (BS 2961:1967), the following are defined:

The concept of a typeface without traditional flourishes spread from the Western European typographical tradition to other scripts in the late 19th century. Like their Latin counterparts, non-Latin linear faces are popular for on-screen text due to their legibility. Sans-serif analogues are in common use for Greek
Greek alphabet
The Greek alphabet is the script that has been used to write the Greek language since at least 730 BC . The alphabet in its classical and modern form consists of 24 letters ordered in sequence from alpha to omega...
, Cyrillic, Hebrew
Hebrew alphabet
The Hebrew alphabet , known variously by scholars as the Jewish script, square script, block script, or more historically, the Assyrian script, is used in the writing of the Hebrew language, as well as other Jewish languages, most notably Yiddish, Ladino, and Judeo-Arabic. There have been two...
, and Chinese, Japanese, and Korean.