Encyclopedia
The Academy Honorary Award, instituted in 1948
1948 in film
The year 1948 in film involved some significant events.-Events:* Laurence Olivier's Hamlet becomes the first British film to win the American Academy Award for Best Picture.-Top grossing films : After theatrical re-issue- Awards :...
for the 21st Academy Awards
21st Academy Awards
The 21st Academy Awards features numerous firsts. It was the first time a non-Hollywood production won Best Picture, Hamlet. It was the first time an individual directed himself in an Oscar-winning performance...
(previously called the Special Award), is given by the discretion of the Board of Governors of the Academy of Motion Picture Arts and Sciences
Academy of Motion Picture Arts and Sciences
The Academy of Motion Picture Arts and Sciences is a professional honorary organization dedicated to the advancement of the arts and sciences of motion pictures...
(AMPAS) to celebrate motion picture achievements that are not covered by existing Academy Awards
Academy Awards
An Academy Award, also known as an Oscar, is an accolade bestowed by the American Academy of Motion Picture Arts and Sciences to recognize excellence of professionals in the film industry, including directors, actors, and writers...
, although prior winners of competitive Academy Awards are not excluded from receiving the Honorary Award (e.g. Mary Pickford
Mary Pickford
Mary Pickford was a Canadian-born motion picture actress, co-founder of the film studio United Artists and one of the original 36 founders of the Academy of Motion Picture Arts and Sciences...
, Maurice Chevalier
Maurice Chevalier
Maurice Auguste Chevalier was a French actor, singer, entertainer and a noted Sprechgesang performer. He is perhaps best known for his signature songs, including Louise, Mimi, Valentine, and Thank Heaven for Little Girls and for his films including The Love Parade and The Big Pond...
, Laurence Olivier
Laurence Olivier
Laurence Kerr Olivier, Baron Olivier, OM was an English actor, director, and producer. He was one of the most famous and revered actors of the 20th century. He married three times, to fellow actors Jill Esmond, Vivien Leigh, and Joan Plowright...
, Alec Guinness
Alec Guinness
Sir Alec Guinness, CH, CBE was an English actor. He was featured in several of the Ealing Comedies, including Kind Hearts and Coronets in which he played eight different characters. He later won the Academy Award for Best Actor for his role as Colonel Nicholson in The Bridge on the River Kwai...
, James Stewart
James Stewart (actor)
James Maitland Stewart was an American film and stage actor, known for his distinctive voice and his everyman persona. Over the course of his career, he starred in many films widely considered classics and was nominated for five Academy Awards, winning one in competition and receiving one Lifetime...
, Sophia Loren
Sophia Loren
Sophia Loren, OMRI is an Italian actress.In 1962, Loren won the Academy Award for Best Actress for her role in Two Women, along with 21 awards, becoming the first actress to win an Academy Award for a non-English-speaking performance...
, Sidney Poitier
Sidney Poitier
Sir Sidney Poitier, KBE is a Bahamian American actor, film director, author, and diplomat.In 1963, Poitier became the first black person to win an Academy Award for Best Actor for his role in Lilies of the Field...
, et al). Unless otherwise specified, Honorary Award recipients receive the same gold Oscar statuettes received by winners of the competitive Academy Awards. Unlike the Special Achievement Award
Academy Special Achievement Award
The Special Achievement Award is an Academy Award given for an achievement that makes an exceptional contribution to the motion picture for which it was created, but for which there is no annual award category...
instituted in 1972
1972 in film
The year 1972 in film involved some significant events.-Top grossing films :- Awards :Academy Awards:*Avanti!, directed by Billy Wilder, starring Jack Lemmon and Juliet MillsB...
, those on whom the Academy confers its Honorary Award do not have to meet "the Academy's eligibility year and deadline requirements." Like the Special Achievement Award, the Special Award and Honorary Award have been used to reward significant achievements of the year that did not fit in existing categories, subsequently leading the Academy to establish several new categories, and to honor exceptional career achievements, contributions to the motion picture industry, and service to the Academy.

[Sources: Years for which the Special Award and Honorary Award recipients received their awards and the annual Academy Awards ceremonies at which they received them provided within parentheses throughout (as pertinent) follow this information for recipients listed in the Official Academy Award Database and Web
World Wide Web
The World Wide Web is a system of interlinked hypertext documents accessed via the Internet...
-based official AMPAS documents.]

Bob Hope
Bob Hope
Bob Hope, KBE, KCSG, KSS was a British-born American comedian and actor who appeared in vaudeville, on Broadway, and in radio, television and movies. He was also noted for his work with the US Armed Forces and his numerous USO shows entertaining American military personnel...
was honored on four separate occasions. 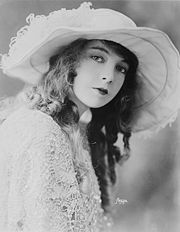