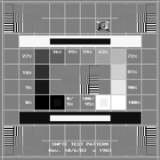 Encyclopedia
The Society of Motion Picture and Television Engineers (SMPTE (icon, rarely ˈ), founded in 1916 as the Society of Motion Picture Engineers or SMPE, is an international professional association, based in the United States of America, of engineers working in the motion imaging industries. An internationally-recognized standards organizations, SMPTE has over 400 standards, Recommended Practices and Engineering Guidelines for television production, filmmaking
Filmmaking
Filmmaking is the process of making a film, from an initial story, idea, or commission, through scriptwriting, casting, shooting, directing, editing, and screening the finished product before an audience that may result in a theatrical release or television program...
, digital cinema
Digital cinema
Digital cinema refers to the use of digital technology to distribute and project motion pictures. A movie can be distributed via hard drives, optical disks or satellite and projected using a digital projector instead of a conventional film projector...
, audio recording and medical imaging. In addition to development and publication of technical standard documents, SMPTE publishes a journal, provides networking opportunities for its members, produces academic conference
Academic conference
An academic conference or symposium is a conference for researchers to present and discuss their work. Together with academic or scientific journals, conferences provide an important channel for exchange of information between researchers.-Overview:Conferences are usually composed of various...
s and exhibitions, and performs other industry-related functions.

Membership is open to any individual or organization with interest in the subject matter. 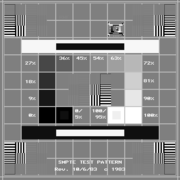 
SMPTE's educational and professional development activities include technical presentations at regular meetings of its local Sections, annual and biennial conferences in the US and Australia and the SMPTE Journal. SMPTE also has a number of student Sections and sponsors scholarships for college students in the motion imaging disciplines.

SMPTE's Task Force on 3D to the Home produced a report on the issues, challenges and suggested minimum standards for the 3D Home Master that would be distributed after post production to the ingest points of distribution channels for 3D video content. A group within the standards committees has begun to work on the formal definition of the SMPTE 3D Home Master.

The SMPTE presents awards to individuals for outstanding contributions in fields of the society.

The Progress Medal instituted in 1935, is SMPTE's oldest and most prestigious medal, and awarded annually for technical contributions to the progress of engineering phases of the motion picture and/or television industries.