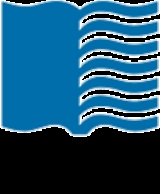 I am trying to find the official name of the war that took place in this country between 1861 - 1865. I have been provided information supposedly fro...

The library in the 20th century