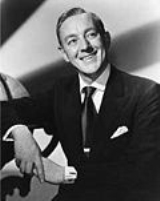 Overview
Sir Alec Guinness, CH
Order of the Companions of Honour
The Order of the Companions of Honour is an order of the Commonwealth realms. It was founded by King George V in June 1917, as a reward for outstanding achievements in the arts, literature, music, science, politics, industry or religion....
, CBE
Order of the British Empire
The Most Excellent Order of the British Empire is an order of chivalry established on 4 June 1917 by George V of the United Kingdom. The Order comprises five classes in civil and military divisions...
(2 April 1914 – 5 August 2000) was an English
English people
The English are a nation and ethnic group native to England, who speak English. The English identity is of early mediaeval origin, when they were known in Old English as the Anglecynn. England is now a country of the United Kingdom, and the majority of English people in England are British Citizens...
actor. He was featured in several of the Ealing Comedies
Ealing Comedies
For the film Ealing Comedy, see Ealing Comedy .The Ealing Comedies were a series of film comedies produced by Ealing Studios during the period 1947 to 1957....
, including Kind Hearts and Coronets
Kind Hearts and Coronets
Kind Hearts and Coronets is a 1949 British black comedy feature film. The plot is loosely based on the 1907 novel Israel Rank: The Autobiography of a Criminal by Roy Horniman, with the screenplay written by Robert Hamer and John Dighton and the film directed by Hamer...
in which he played eight different characters. He later won the Academy Award for Best Actor
Academy Award for Best Actor
Performance by an Actor in a Leading Role is one of the Academy Awards of Merit presented annually by the Academy of Motion Picture Arts and Sciences to recognize an actor who has delivered an outstanding performance while working within the film industry...
for his role as Colonel Nicholson in The Bridge on the River Kwai
The Bridge on the River Kwai
The Bridge on the River Kwai is a 1957 British World War II film by David Lean based on The Bridge over the River Kwai by French writer Pierre Boulle. The film is a work of fiction but borrows the construction of the Burma Railway in 1942–43 for its historical setting. It stars William...
. He is known for playing Obi-Wan Kenobi
Obi-Wan Kenobi
Obi-Wan Kenobi is a fictional character in the Star Wars universe. He is one of several primary characters in the Star Wars series. Along with Darth Vader, R2-D2, and C-3PO, he is one of the few major characters to appear in all six Star Wars films...
in the original Star Wars
Star Wars
Star Wars is an American epic space opera film series created by George Lucas. The first film in the series was originally released on May 25, 1977, under the title Star Wars, by 20th Century Fox, and became a worldwide pop culture phenomenon, followed by two sequels, released at three-year...
trilogy, Prince Feisal in Lawrence of Arabia
Lawrence of Arabia (film)
Lawrence of Arabia is a 1962 British film based on the life of T. E. Lawrence. It was directed by David Lean and produced by Sam Spiegel through his British company, Horizon Pictures, with the screenplay by Robert Bolt and Michael Wilson. The film stars Peter O'Toole in the title role. It is widely...
, and George Smiley
George Smiley
George Smiley is a fictional character created by John le Carré. Smiley is an intelligence officer working for MI6 , the British overseas intelligence agency...
in the TV adaptation of Tinker, Tailor, Soldier, Spy
Tinker, Tailor, Soldier, Spy
Tinker, Tailor, Soldier, Spy is a 1974 British spy novel by John le Carré, featuring George Smiley. Smiley is a middle-aged, taciturn, perspicacious intelligence expert in forced retirement. He is recalled to hunt down a Soviet mole in the "Circus", the highest echelon of the Secret Intelligence...
. He is also known for his portrayal of Herbert Pocket in Great Expectations (1946).
Guinness was born at 155 Lauderdale Mansions South
Lauderdale Mansions South
Lauderdale Mansions South, is a block of 142 apartments in Lauderdale Road, Maida Vale, London W9. Built in 1897, Lauderdale Mansions South was the first of a swathe of mansion flat buildings for the middle classes that spread across central Maida Vale in the 1897-1907 period.The building's...
, Lauderdale Road, Maida Vale
Maida Vale
Maida Vale is a residential district in West London between St John's Wood and Kilburn. It is part of the City of Westminster. The area is mostly residential, and mainly affluent, consisting of many large late Victorian and Edwardian blocks of mansion flats...
, London
London
London is the capital city of :England and the :United Kingdom, the largest metropolitan area in the United Kingdom, and the largest urban zone in the European Union by most measures. Located on the River Thames, London has been a major settlement for two millennia, its history going back to its...
as Alec Guinness de Cuffe.

...nothing is desperately important and the joy of life is just looking at it.