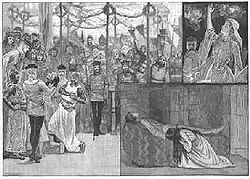 The Waverley Novels are a long series of books by Sir Walter Scott
Walter Scott
Sir Walter Scott, 1st Baronet was a Scottish historical novelist, playwright, and poet, popular throughout much of the world during his time....
. For nearly a century they were among the most popular and widely-read novels in all of Europe. Because he did not publicly acknowledge authorship until 1827, they take their name from Waverley
Waverley (novel)
Waverley is an 1814 historical novel by Sir Walter Scott. Initially published anonymously in 1814 as Scott's first venture into prose fiction, Waverley is often regarded as the first historical novel. It became so popular that Scott's later novels were advertised as being "by the author of...
(1814), which was the first. The later books bore the words "by the author of Waverley
Waverley
Waverley is the name of several different things:*Waverley , a novel by Sir Walter Scott**The Waverley Novels, the series of which Waverley was the first**The Waverley Overture, a work by Hector Berlioz inspired by Scott's novel...
" on their title pages.

The two definitive editions are the 48-volume set published between 1829 and 1833 by Robert Cadell
Robert Cadell
Robert Cadell was a bookseller and publisher closely associated with Sir Walter Scott. He was born at Cockenzie, East Lothian, Scotland, the fifth son of John Cadell, a Laird of Cockenzie, and Marie Buchan, his wife....
(the "Magnum Opus"), based on previous editions, with new introductions and appendices by Scott, and the 30-volume set, based on manuscripts, published by the Edinburgh University Press and Columbia University Press in the 1990s. 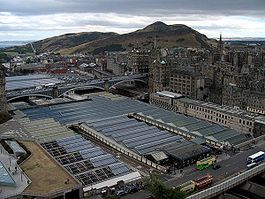 The towns of Waverly, Nebraska
Waverly, Nebraska
Waverly is a city in Lancaster County, Nebraska, United States. It is part of the Lincoln, Nebraska Metropolitan Statistical Area. The population was 2,448 at the 2000 census.-Geography:Waverly is located at ....
, Waverly, Tioga County, New York
Waverly, Tioga County, New York
----Waverly is the largest village in Tioga County, New York, United States. It is located southeast of Elmira in the Southern Tier region. This village was incorporated as the southwest part of the town of Barton in 1854...
and Waverley
Waverley, Nova Scotia
Waverley is a community of the Halifax Regional Municipality, Nova Scotia, Canada. It is located about 20 minutes from Downtown Halifax, Nova Scotia. It has a rich history in gold mining.-History:...
Nova Scotia
Nova Scotia
Nova Scotia is one of Canada's three Maritime provinces and is the most populous province in Atlantic Canada. The name of the province is Latin for "New Scotland," but "Nova Scotia" is the recognized, English-language name of the province. The provincial capital is Halifax. Nova Scotia is the...
take their names from these novels, as does Waverley Station
Edinburgh Waverley railway station
Edinburgh Waverley railway station is the main railway station in the Scottish capital Edinburgh. Covering an area of over 25 acres in the centre of the city, it is the second-largest main line railway station in the United Kingdom in terms of area, the largest being...
in Edinburgh
Edinburgh
Edinburgh is the capital city of Scotland, the second largest city in Scotland, and the eighth most populous in the United Kingdom. The City of Edinburgh Council governs one of Scotland's 32 local government council areas. The council area includes urban Edinburgh and a rural area...
and


Other uses of names

Many British railway locomotives
Naming of British railway rolling stock
Since the invention of the very first railway steam locomotive in 1804, railway companies have applied names to their locomotives, carriages and multiple units...
were given names from the novels.

Over two thousand streets in Britain have names from titles of individual novels, with 650 from "Waverley" alone.