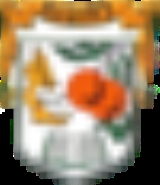 Encyclopedia
Rehovot is a city in the Center District
Center District (Israel)
The Central District of Israel is one of six administrative districts, including most of the Sharon region. The district capital is Ramla. It is further divided into 4 sub-districts: Petah Tikva, Ramla, Sharon and Rehovot. The district's largest city is Rishon LeZion. Its population as of 2008 was...
of Israel
Israel
The State of Israel is a parliamentary republic located in the Middle East, along the eastern shore of the Mediterranean Sea...
, about 20 km (12 mi) south of Tel Aviv
Tel Aviv
Tel Aviv , officially Tel Aviv-Yafo , is the second most populous city in Israel, with a population of 404,400 on a land area of . The city is located on the Israeli Mediterranean coastline in west-central Israel. It is the largest and most populous city in the metropolitan area of Gush Dan, with...
. According to the Israel Central Bureau of Statistics
Israel Central Bureau of Statistics
The Israel Central Bureau of Statistics , abbreviated CBS, is an Israeli government office established in 1949 to carry out research and publish statistical data on all aspects of Israeli life, including population, society, economy, industry, education and physical infrastructure.It is headed by a...
(CBS), at the end of 2009 the city had a total population of 112,700. Rehovot's official website estimates the population at 114,000.

Rehovot was founded in 1890, in the coastal plain relatively sparsely settled by Arabs, by Polish Jews who wanted a township independent of the Baron Edmond James de Rothschild
Edmond James de Rothschild
Baron Edmond Benjamin James de Rothschild was a French member of the Rothschild banking family. A strong supporter of Zionism, his generous donations lent significant support to the movement during its early years, which helped lead to the establishment of the State of Israel.- Early years :A...
's aid and management. Israel Belkind
Israel Belkind
Israel Belkind was a Jewish educator, author, writer, historian and founder of the Bilu movement. A pioneer of the First Aliyah, Belkind founded the Biluim, a group of Jewish idealists aspiring to settle in the Land of Israel with the political purpose to redeem Eretz Yisrael and re-establish the...
, one of the original founders of the settlement, proposed the name Rehovot (lit. 'wide expanses') based on Genesis 26:22 : "And he called the name of it Rehoboth; and he said: 'For now the Lord hath made room for us, and we shall be fruitful in the land.'" The name was accepted. In 1908 they were joined by immigrants from Yemen
Yemenite Jews
Yemenite Jews are those Jews who live, or whose recent ancestors lived, in Yemen . Between June 1949 and September 1950, the overwhelming majority of Yemen's Jewish population was transported to Israel in Operation Magic Carpet...
, who settled in the city's Sha'arayim district. These early settlers planted vineyard
Vineyard
A vineyard is a plantation of grape-bearing vines, grown mainly for winemaking, but also raisins, table grapes and non-alcoholic grape juice...
s, almond
Almond
The almond , is a species of tree native to the Middle East and South Asia. Almond is also the name of the edible and widely cultivated seed of this tree...
orchard
Orchard
An orchard is an intentional planting of trees or shrubs that is maintained for food production. Orchards comprise fruit or nut-producing trees which are grown for commercial production. Orchards are also sometimes a feature of large gardens, where they serve an aesthetic as well as a productive...
s and citrus
Citrus
Citrus is a common term and genus of flowering plants in the rue family, Rutaceae. Citrus is believed to have originated in the part of Southeast Asia bordered by Northeastern India, Myanmar and the Yunnan province of China...
grove
Grove (nature)
A grove is a small group of trees with minimal or no undergrowth, such as a sequoia grove, or a small orchard planted for the cultivation of fruits or nuts...
s. They withstood agricultural failures, plant diseases, and marketing problems.

An agricultural research station that opened in Rehovot in 1932 became the Department of Agriculture of the Hebrew University of Jerusalem
Hebrew University of Jerusalem
The Hebrew University of Jerusalem ; ; abbreviated HUJI) is Israel's second-oldest university, after the Technion – Israel Institute of Technology. The Hebrew University has three campuses in Jerusalem and one in Rehovot. The world's largest Jewish studies library is located on its Edmond J...
. In 1934 Chaim Weizmann
Chaim Weizmann
Chaim Azriel Weizmann, , was a Zionist leader, President of the Zionist Organization, and the first President of the State of Israel. He was elected on 1 February 1949, and served until his death in 1952....
established the Sieff Institute, which became the Weizmann Institute of Science
Weizmann Institute of Science
The Weizmann Institute of Science , known as Machon Weizmann, is a university and research institute in Rehovot, Israel. It differs from other Israeli universities in that it offers only graduate and post-graduate studies in the sciences....
. In 1937 Weizmann built his home on the land purchased adjacent to the Sieff Institute. The house later served as the presidential residence after Weizamnn became president in 1948. Weizmann and his wife are buried on the grounds of the institute.

On 29 February 1948 the Lehi
Lehi (group)
Lehi , commonly referred to in English as the Stern Group or Stern Gang, was a militant Zionist group founded by Avraham Stern in the British Mandate of Palestine...
blew up the Cairo to Haifa train shortly after it left Rehovoth killing 29 British soldiers and injuring 35 as well as 100 civilians. The Lehi announcement said the bombing was in retaliation for the Ben Yehuda Street Bombing a week earlier. 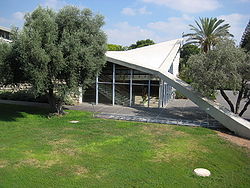 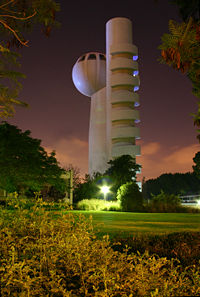 The Tamar Science Park, established in 2000, is a high-tech park of 1000 dunam (1 km²) at the northern entrance of the city.
Though largely conceived as an area of Rehovot, it actually is under the municipal boundaries of neighbouring Nes Ziona.

Rehovot has had three clubs representing it the top division of Israeli football, Maccabi Rehovot
Maccabi Rehovot F.C.
Maccabi Rehovot F.C. is an Israeli football club based in Rehovot. The club competed in the top division during the 1950s, but today plays in Liga Gimel, the sixth and lowest level of Israeli football.-History:...
between 1949 and 1956, Maccabi Sha'arayim
Maccabi Sha'arayim F.C.
Maccabi Sha'arayim is an Israeli football club based in Rehovot. They currently play in the South B division of Liga Bet, but spent seven seasons in the top division from 1963-1969 and in the 1985-86 season.-History:...
between 1963 and 1969 and again in 1985, and Hapoel Marmorek in the 1972–73 season
Liga Leumit 1972-73
The 1972–73 Liga Leumit season saw Hakoah Ramat Gan win their second title, whilst Shimshon Tel Aviv and Hapoel Marmorek were relegated. Moshe Romano of Beitar Tel Aviv was the league's top scorer with 18 goals.-Final table:-References:* RSSSF...
.

Today Marmorek is the highest ranked club, playing in Liga Artzit
Liga Artzit
Liga Artzit was the third tier of Israeli football after the Premier League and Liga Leumit, and was run by the Israel Football Association.-Structure:...
, the third level. Maccabi Sha'arayim play in Liga Bet
Liga Bet
-History:League football started in Israel in 1949–50, a year after independence. However, the financial and security crises gripping the young nation caused the 1950–51 season to be abandoned before it had started. When football resumed in 1951–52, the new top division went by the name of Liga...
, the fifth level, whilst Maccabi Rehovot play in Liga Gimel
Liga Gimel
Liga Gimel is the fifth and bottom tier of Israeli football league system, a position it has held since 2009.-History:Between 1999 and 2009 it was the sixth tier after Liga Bet, Between 1974 and 1999 it was the fifth tier after the creation of Liga Artzit, and between 1949 and 1974 it was the...
, the sixth and lowest division.

Rehovot is twinned
Town twinning
Twin towns and sister cities are two of many terms used to describe the cooperative agreements between towns, cities, and even counties in geographically and politically distinct areas to promote cultural and commercial ties.- Terminology :...
with: