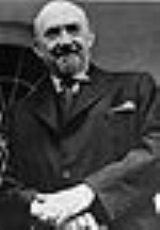 Weizmann was also a chemist
Chemist
A chemist is a scientist trained in the study of chemistry. Chemists study the composition of matter and its properties such as density and acidity. Chemists carefully describe the properties they study in terms of quantities, with detail on the level of molecules and their component atoms...
who developed the ABE-process, which produces acetone
Acetone
Acetone is the organic compound with the formula 2CO, a colorless, mobile, flammable liquid, the simplest example of the ketones.Acetone is miscible with water and serves as an important solvent in its own right, typically as the solvent of choice for cleaning purposes in the laboratory...
through bacterial fermentation
Fermentation (biochemistry)
Fermentation is the process of extracting energy from the oxidation of organic compounds, such as carbohydrates, using an endogenous electron acceptor, which is usually an organic compound. In contrast, respiration is where electrons are donated to an exogenous electron acceptor, such as oxygen,...
.

The Jews carry Palestine in their hearts

Before the Peel Commission on November 25, 1936

The choice for our people, Mr. President, is between statehood and extermination.

The Jewish people are like fertilizer, when you disperse it, it generates good and property, but when you centralize it in one place, it just stinks