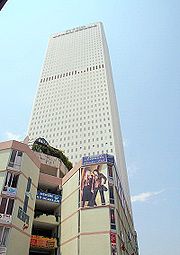 
The Metropolitan Municipality is now trying to rescue the sea front with walkways, parks and statues, and there are still palm trees on the roadsides especially where the young generation like to hang out in the cafés and patisseries of smart neighbourhoods such as Pozcu or Çamlıbel. These are established neighbourhoods where there are many well-known shops and restaurants with years of experience and reputations to protect. The city centre is a maze of narrow streets and arcades of little shops and cafes, with young people buzzing around on scooters. The old quarter near the fish market is where you will find the stalls selling tantuni and grilled liver sandwiches.

One of the most distinctive features of the city as a whole is the solar heating panels, they are everywhere, on top of every building.

Turkey now plans to construct its first nuclear power plant some 80 miles west of Mersin. In March 2008, Turkey opened the bidding for the construction of the plant. Environmental groups, such as Greenpeace
Greenpeace
Greenpeace is a non-governmental environmental organization with offices in over forty countries and with an international coordinating body in Amsterdam, The Netherlands...
, oppose this plan.

The local cuisine is famous, and restaurants specializing on the Mersin Region can be found all over Turkey, and includes specialties such as:

Adjacent to the port is Mersin Free Zone established in 1986, the first free zone in Turkey, with warehouse
Warehouse
A warehouse is a commercial building for storage of goods. Warehouses are used by manufacturers, importers, exporters, wholesalers, transport businesses, customs, etc. They are usually large plain buildings in industrial areas of cities and towns. They usually have loading docks to load and unload...
s, shops, assembly-disassembly, maintenance and engineering workshops, banking and insurance, packing-repacking, labelling and exhibition facilities. The zone is a publicly owned center for foreign investors, close to major markets in the (Middle East, North Africa, East and West Europe, Russian Federation and Central Asia
Central Asia
Central Asia is a core region of the Asian continent from the Caspian Sea in the west, China in the east, Afghanistan in the south, and Russia in the north...
. The trading volume of the free zone was USD 51,8 billion in 2002.

Mersin has highway
Highway
A highway is any public road. In American English, the term is common and almost always designates major roads. In British English, the term designates any road open to the public. Any interconnected set of highways can be variously referred to as a "highway system", a "highway network", or a...
connections to the north, east and west. Mersin is also connected to the southern railroad. Adana airport is 69 kilometres (42.9 mi).

Mersin port is an international hub for many vessels routing to European countries.Its now operated by PSA.

Because the city has been a crossroads for centuries, the local culture is a medley of civilizations. Mersin has a State Opera and Ballet, the fourth in Turkey after Istanbul
Istanbul
Istanbul , historically known as Byzantium and Constantinople , is the largest city of Turkey. Istanbul metropolitan province had 13.26 million people living in it as of December, 2010, which is 18% of Turkey's population and the 3rd largest metropolitan area in Europe after London and...
, İzmir
Izmir
Izmir is a large metropolis in the western extremity of Anatolia. The metropolitan area in the entire Izmir Province had a population of 3.35 million as of 2010, making the city third most populous in Turkey...
and Ankara
Ankara
Ankara is the capital of Turkey and the country's second largest city after Istanbul. The city has a mean elevation of , and as of 2010 the metropolitan area in the entire Ankara Province had a population of 4.4 million....
. Mersin International Music Festival was established in 2001 and takes place every October. The photography association Mersin Fotograf Derneği (MFD), is one of the most popular and active cultural organizations in the city. Some cultural activities are sponsored by the İçel sanat kulübü
İçel sanat kulübü
Art Club of İçel - Activities :*Each year, the club hosts conferences by celebrated academicians from various universities and literary circles of Turkey. It also hosts series of conferences on specific topics such as archaeology, mythology, philosophy etc...
(i.e., Art club of Mersin) There is a great museum in the city centre.

The municipal cemetery is interesting as people of all faiths and denominations can be buried here.

In order to swim in clean water you need to get out of town, perhaps an hour along the coast. The beaches at Kızkalesi
Kızkalesi
Kızkalesi is a town in Mersin Province, Turkey. The town, known in Antiquity as Corycus or Korykos , is named after the ancient castle built on a small island just facing the town.- Geography :...
, Ayaş, Susanoğlu (app. 50–70 km west) are popular with families while young people prefer Akyar, Yapraklı koy, Narlıkuyu
Narlıkuyu
Narlıkuyu is a small coastal town in Mersin Province, Turkey. - Geography :Narlıkuyu at is situated on the Mediterranean coast, south west of Mersin. It is a part of Silifke district which is in turn a part of Mersin Province...
or quieter bays along the coast, some of which are very attractive indeed.

Mersin is twinned
Town twinning
Twin towns and sister cities are two of many terms used to describe the cooperative agreements between towns, cities, and even counties in geographically and politically distinct areas to promote cultural and commercial ties.- Terminology :...
with: