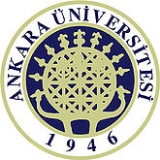 Overview
Ankara (ˈan.ka.ɾa) is the capital of Turkey
Turkey
Turkey , known officially as the Republic of Turkey , is a Eurasian country located in Western Asia and in East Thrace in Southeastern Europe...
and the country's second largest city after Istanbul
Istanbul
Istanbul , historically known as Byzantium and Constantinople , is the largest city of Turkey. Istanbul metropolitan province had 13.26 million people living in it as of December, 2010, which is 18% of Turkey's population and the 3rd largest metropolitan area in Europe after London and...
. The city has a mean elevation of 938 metres (3,077.4 ft), and as of 2010 the metropolitan area in the entire Ankara Province
Ankara Province
Ankara Province in central Turkey is the location of the country's capital, the city of Ankara.Ankara also gave its name to the Ottoman Empire's Ankara Province which covered a larger area than the current province.- Geography :...
had a population of 4.4 million.

Centrally located in Anatolia
Anatolia
Anatolia is a geographic and historical term denoting the westernmost protrusion of Asia, comprising the majority of the Republic of Turkey...
, Ankara is an important commercial and industrial city.

Where i can buy composite and seedlings at antalya
More
x