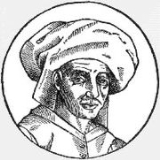 Encyclopedia
In music
Music
Music is an art form whose medium is sound and silence. Its common elements are pitch , rhythm , dynamics, and the sonic qualities of timbre and texture...
, the Franco-Flemish School or more precisely the Netherlandish School refers, somewhat imprecisely, to the style of polyphonic
Polyphony
In music, polyphony is a texture consisting of two or more independent melodic voices, as opposed to music with just one voice or music with one dominant melodic voice accompanied by chords ....
vocal music composition in Europe in the 15th and 16th centuries, and to the composers who wrote it. See Renaissance music
Renaissance music
Renaissance music is European music written during the Renaissance. Defining the beginning of the musical era is difficult, given that its defining characteristics were adopted only gradually; musicologists have placed its beginnings from as early as 1300 to as late as the 1470s.Literally meaning...
for a more detailed description of the musical style, and links to individual composers from this time.

The composers of this time and place, and the music they produced, are also known as the "Dutch" or the "Netherlandish School". As national and linguistic boundaries during this period do not correspond with national borders today, the term "Netherlandish" is not meant to refer to the present-day boundaries of the nation known as the Netherlands
Netherlands
The Netherlands is a constituent country of the Kingdom of the Netherlands, located mainly in North-West Europe and with several islands in the Caribbean. Mainland Netherlands borders the North Sea to the north and west, Belgium to the south, and Germany to the east, and shares maritime borders...
(or Holland); relatively few of the musicians originated within that region. Instead, the word "Netherlandish" refers to "de Nederlanden", i.e. the Low Countries
Low Countries
The Low Countries are the historical lands around the low-lying delta of the Rhine, Scheldt, and Meuse rivers, including the modern countries of Belgium, the Netherlands, Luxembourg and parts of northern France and western Germany....
, roughly corresponding to modern Belgium
Belgium
Belgium , officially the Kingdom of Belgium, is a federal state in Western Europe. It is a founding member of the European Union and hosts the EU's headquarters, and those of several other major international organisations such as NATO.Belgium is also a member of, or affiliated to, many...
, Luxembourg
Luxembourg
Luxembourg , officially the Grand Duchy of Luxembourg , is a landlocked country in western Europe, bordered by Belgium, France, and Germany. It has two principal regions: the Oesling in the North as part of the Ardennes massif, and the Gutland in the south...
, the southern and northern parts of Holland and adjacent portions of northern France. Most of these musicians were born in Hainaut
County of Hainaut
The County of Hainaut was a historical region in the Low Countries with its capital at Mons . In English sources it is often given the archaic spelling Hainault....
, Flanders
County of Flanders
The County of Flanders was one of the territories constituting the Low Countries. The county existed from 862 to 1795. It was one of the original secular fiefs of France and for centuries was one of the most affluent regions in Europe....
and Brabant
Duchy of Brabant
The Duchy of Brabant was a historical region in the Low Countries. Its territory consisted essentially of the three modern-day Belgian provinces of Flemish Brabant, Walloon Brabant and Antwerp, the Brussels-Capital Region and most of the present-day Dutch province of North Brabant.The Flag of...
. During periods of political stability, this was a center of cultural activity for more than two hundred years, although the exact centers shifted location during this time, and by the end of the sixteenth century the focal point of the Western musical world shifted from this region to Italy.

While many of the composers were born in the region loosely known as the Netherlands, they were famous for working elsewhere. Netherlanders moved to Italy
Italy
Italy , officially the Italian Republic languages]] under the European Charter for Regional or Minority Languages. In each of these, Italy's official name is as follows:;;;;;;;;), is a unitary parliamentary republic in South-Central Europe. To the north it borders France, Switzerland, Austria and...
where they were called "I fiamminghi" or Oltremontani
Oltremontani
Oltremontani is a term used to describe the Franco-Flemish School of composers who dominated the musical landscape of Northern Italy during the middle of the sixteenth Century...
("those from over the Alps"), to Spain
Spain
Spain , officially the Kingdom of Spain languages]] under the European Charter for Regional or Minority Languages. In each of these, Spain's official name is as follows:;;;;;;), is a country and member state of the European Union located in southwestern Europe on the Iberian Peninsula...
- notably in the Flemish chapel (capilla flamenca)
Flemish chapel (capilla flamenca)
The Flemish chapel was one of two choirs employed by Philip II of Spain, the other being the Spanish chapel .- La Grande Chapelle :...
of the Habsburgs, to towns in Germany and France and other parts of Europe, carrying their styles with them. The diffusion of their technique, especially after the revolutionary development of printing
Printing
Printing is a process for reproducing text and image, typically with ink on paper using a printing press. It is often carried out as a large-scale industrial process, and is an essential part of publishing and transaction printing....
, produced the first true international style since the unification of Gregorian chant
Gregorian chant
Gregorian chant is the central tradition of Western plainchant, a form of monophonic liturgical music within Western Christianity that accompanied the celebration of Mass and other ritual services...
in the 9th century.

Following are five groups, or generations, that are sometimes distinguished in the Franco-Flemish/Netherlandish school. Development of this musical style was continuous, and these generations only provide useful reference points. 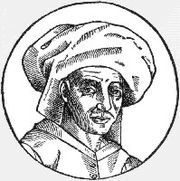 Composed between 1450 and 1520, these motets were typically written for four voices, with all voices being equal. They often exhibit thick, dark textures, with an extended low range. The most notable composers of this style include Ockeghem
Johannes Ockeghem
Johannes Ockeghem was the most famous composer of the Franco-Flemish School in the last half of the 15th century, and is often considered the most...
and Josquin
Josquin Des Prez
Josquin des Prez [Josquin Lebloitte dit Desprez] , often referred to simply as Josquin, was a Franco-Flemish composer of the Renaissance...
, whose De profundis clamavi ad te, composed between 1500 and 1521, provides a good example.
The source of this article is wikipedia, the free encyclopedia.  The text of this article is licensed under the GFDL.