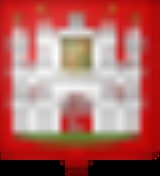 This article deals with the historical county of Hainaut, for other meanings see Hainaut (disambiguation).

The County of Hainaut was a historical region in the Low Countries
Low Countries
The Low Countries are the historical lands around the low-lying delta of the Rhine, Scheldt, and Meuse rivers, including the modern countries of Belgium, the Netherlands, Luxembourg and parts of northern France and western Germany....
with its capital at Mons
Mons
Mons is a Walloon city and municipality located in the Belgian province of Hainaut, of which it is the capital. The Mons municipality includes the old communes of Cuesmes, Flénu, Ghlin, Hyon, Nimy, Obourg, Baudour , Jemappes, Ciply, Harmignies, Harveng, Havré, Maisières, Mesvin, Nouvelles,...
(Bergen). In English sources it is often given the archaic spelling Hainault.

The County of Hainaut arose about 900 in the Lotharingia
Lotharingia
Lotharingia was a region in northwest Europe, comprising the Low Countries, the western Rhineland, the lands today on the border between France and Germany, and what is now western Switzerland. It was born of the tripartite division in 855, of the kingdom of Middle Francia, itself formed of the...
region, when Duke Reginar I of Lorraine
Reginar, Duke of Lorraine
Reginar I Longneck was the Duke of Lorraine from 910 until his death. He stands at the head of the clan of Reginarids, an important Lotharingian noble family....
, a grandson of Frankish Emperor Lothair I
Lothair I
Lothair I or Lothar I was the Emperor of the Romans , co-ruling with his father until 840, and the King of Bavaria , Italy and Middle Francia...
, appeared as a "Count of Hainaut". After the death of the last Carolingian king in East Francia, Louis the Child
Louis the Child
Louis the Child , sometimes called Louis IV or Louis III, was the last Carolingian ruler of East Francia....
in 911, Reginar joined the West Frankish realm under King Charles the Simple
Charles the Simple
Charles III , called the Simple or the Straightforward , was the undisputed King of France from 898 until 922 and the King of Lotharingia from 911 until 919/23...
. His son and successor Duke Gilbert
Gilbert, Duke of Lorraine
Gilbert was the duke of Lotharingia until 939.The beginning of the reign of Gilbert is not clear. A dux Lotharingiae is mentioned in 910 and this may have been Gilbert...
in 925 in turn submitted himself to the German
Kingdom of Germany
The Kingdom of Germany developed out of the eastern half of the former Carolingian Empire....
king Henry the Fowler, whereafter the Duchy of Lotharingia remained a part of the German kingdom at the border with France
France in the Middle Ages
France in the Middle Ages covers an area roughly corresponding to modern day France, from the death of Louis the Pious in 840 to the middle of the 15th century...
.

While victorious Robert acquired Flanders, his sister-in-law Richilde retained the adjacent Lower Lorraine
Lower Lorraine
The Duchy of Lower Lorraine or Lower Lotharingia , established in 959 was a stem duchy of the medieval German kingdom, which encompassed part of modern-day Belgium, the Netherlands, the northern part of the German Rhineland and a part of northern France east of the Schelde river.It was created out...
territories in the Holy Roman Empire
Holy Roman Empire
The Holy Roman Empire was a realm that existed from 962 to 1806 in Central Europe.It was ruled by the Holy Roman Emperor. Its character changed during the Middle Ages and the Early Modern period, when the power of the emperor gradually weakened in favour of the princes...
as her dowry. Therebey the renewed County of Hainaut emerged from the refeudalisation
Feudalism
Feudalism was a set of legal and military customs in medieval Europe that flourished between the 9th and 15th centuries, which, broadly defined, was a system for ordering society around relationships derived from the holding of land in exchange for service or labour.Although derived from the...
of three immediate counties:
The unification of the County of Hainaut as an Imperial fief was accomplished in 1071, when Richilde and her son Baldwin II
Baldwin II, Count of Hainaut
Baldwin II of Mons was count of Hainaut from 1071 to his death. He was the younger son of Baldwin VI, Count of Flanders and Richilde, Countess of Mons and Hainaut.-History:...
after Arnulf's defeat tried to sell their fiefs to Emperor Henry IV
Henry IV, Holy Roman Emperor
Henry IV was King of the Romans from 1056 and Holy Roman Emperor from 1084 until his forced abdication in 1105. He was the third emperor of the Salian dynasty and one of the most powerful and important figures of the 11th century...
. Henry IV ordered the Prince-Bishop of Liège to purchase the fiefs and then return them as a unified county to the countess Richilde and under feudal intermediance to the Dukes of Lower Lorraine.

When Charles the Bold was killed at the 1477 Battle of Nancy
Battle of Nancy
The Battle of Nancy was the final and decisive battle of the Burgundian Wars, fought outside the walls of Nancy on 5 January 1477 between Charles the Bold, Duke of Burgundy, and René II, Duke of Lorraine...
, the male line of the Burgundian dukes became extinct. In the same year Charles' daughter Mary of Burgundy
Mary of Burgundy
Mary of Burgundy ruled the Burgundian territories in Low Countries and was suo jure Duchess of Burgundy from 1477 until her death...
however married Archduke Maximilian I of Habsburg
Maximilian I, Holy Roman Emperor
Maximilian I , the son of Frederick III, Holy Roman Emperor and Eleanor of Portugal, was King of the Romans from 1486 and Holy Roman Emperor from 1493 until his death, though he was never in fact crowned by the Pope, the journey to Rome always being too risky...
, the son of Emperor Frederick III
Frederick III, Holy Roman Emperor
Frederick the Peaceful KG was Duke of Austria as Frederick V from 1424, the successor of Albert II as German King as Frederick IV from 1440, and Holy Roman Emperor as Frederick III from 1452...
. Maximilian rejected the claims of Charles' cousin King Louis XI of France
Louis XI of France
Louis XI , called the Prudent , was the King of France from 1461 to 1483. He was the son of Charles VII of France and Mary of Anjou, a member of the House of Valois....
at the 1479 Battle of Guinegate
Battle of Guinegate (1479)
The First Battle of Guinegate took place on August 7, 1479. French troops of King Louis XI were defeated by the Burgundians led by Archduke Maximilian of Habsburg...
and Hainaut became a part of the Habsburg Netherlands
Habsburg Netherlands
The Habsburg Netherlands was a geo-political entity covering the whole of the Low Countries from 1482 to 1556/1581 and solely the Southern Netherlands from 1581 to 1794...
by the Treaty of Arras
Treaty of Arras (1482)
The Treaty of Arras was signed at Arras on 23 December 1482 by King Louis XI of France and Archduke Maximilian I of Habsburg as heir of the Burgundian Netherlands in the course of the Burgundian succession crisis....
in 1482, and of the Spanish Netherlands
Southern Netherlands
Southern Netherlands were a part of the Low Countries controlled by Spain , Austria and annexed by France...
from 1556. In 1579 Hainaut was a member of the Union of Arras which submitted to the rule of Habsburg Spain
Habsburg Spain
Habsburg Spain refers to the history of Spain over the 16th and 17th centuries , when Spain was ruled by the major branch of the Habsburg dynasty...
, while the northern Union of Utrecht
Union of Utrecht
The Union of Utrecht was a treaty signed on 23 January 1579 in Utrecht, the Netherlands, unifying the northern provinces of the Netherlands, until then under the control of Habsburg Spain....
formed the Dutch Republic
Dutch Republic
The Dutch Republic — officially known as the Republic of the Seven United Netherlands , the Republic of the United Netherlands, or the Republic of the Seven United Provinces — was a republic in Europe existing from 1581 to 1795, preceding the Batavian Republic and ultimately...
in 1581.

By the 1659 Treaty of the Pyrenees
Treaty of the Pyrenees
The Treaty of the Pyrenees was signed to end the 1635 to 1659 war between France and Spain, a war that was initially a part of the wider Thirty Years' War. It was signed on Pheasant Island, a river island on the border between the two countries...
and the 1679 Treaties of Nijmegen
Treaties of Nijmegen
The Treaties of Peace of Nijmegen were a series of treaties signed in the Dutch city of Nijmegen between August 1678 and December 1679...
the southern part around the town of Valenciennes fell to France
Early Modern France
Kingdom of France is the early modern period of French history from the end of the 15th century to the end of the 18th century...
under King Louis XIV
Louis XIV of France
Louis XIV , known as Louis the Great or the Sun King , was a Bourbon monarch who ruled as King of France and Navarre. His reign, from 1643 to his death in 1715, began at the age of four and lasted seventy-two years, three months, and eighteen days...
. The northern area around Mons was incorporated into the Austrian Netherlands after the extinction of the Spanish Habsburgs according to the 1713 Treaty of Utrecht
Treaty of Utrecht
The Treaty of Utrecht, which established the Peace of Utrecht, comprises a series of individual peace treaties, rather than a single document, signed by the belligerents in the War of Spanish Succession, in the Dutch city of Utrecht in March and April 1713...
. It was ruled by the Habsburg Emperors, the last one Francis II
Francis II, Holy Roman Emperor
Francis II was the last Holy Roman Emperor, ruling from 1792 until 6 August 1806, when he dissolved the Empire after the disastrous defeat of the Third Coalition by Napoleon at the Battle of Austerlitz...
, until in 1794 the Austrian Netherlands were occupied by the French First Republic
French First Republic
The French First Republic was founded on 22 September 1792, by the newly established National Convention. The First Republic lasted until the declaration of the First French Empire in 1804 under Napoleon I...
in 1794.