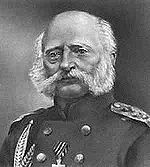 Baron Ferdinand Friedrich Georg Ludwig von Wrangel – May 25 (June 6), 1870) was a Russian
Russian Empire
The Russian Empire was a state that existed from 1721 until the Russian Revolution of 1917. It was the successor to the Tsardom of Russia and the predecessor of the Soviet Union...
explorer and seaman, Honorable Member of the Saint Petersburg Academy of Sciences, a founder of the Russian Geographic Society. In English texts, Wrangel is sometimes spelled Vrangel, a transliteration from Russian
Romanization of Russian
Romanization of the Russian alphabet is the process of transliterating the Russian language from the Cyrillic alphabet into the Latin alphabet...
, which more closely represents its pronunciation in German
German language
German is a West Germanic language, related to and classified alongside English and Dutch. With an estimated 90 – 98 million native speakers, German is one of the world's major languages and is the most widely-spoken first language in the European Union....
, or Wrangell.

Von Wrangel was born into a Baltic German noble
Baltic nobility
The Baltic nobility was the privileged social class in the territories of today's Estonia and Latvia. It existed continuously since the medieval foundation of Terra Mariana...
family of Wrangel. He graduated from the Naval Cadets College
Sea Cadet Corps (Russia)
The Sea Cadet Corps , occasionally translated as the Marine Cadet Corps or the Naval Cadet Corps, is an educational establishment for training Naval officers for the Russian Navy in Saint Petersburg.It is the oldest existing high school in Russia.-History:...
in 1815. He took part in Vasily Golovnin
Vasily Golovnin
Vasily Mikhailovich Golovnin .-Early life and career:Vasily Mikhailovich Golovnin was born in April 1776, in the village of Gulyniki in Ryazan Oblast, on his father's country estate. Both his father and grandfather had served in the Russian military as officers in the elite Preobrazhensky...
's world cruise on the ship Kamchatka in 1817–1819. Wrangel led the Kolymskaya expedition in search of northern lands. He established that north of the Kolyma River
Kolyma River
The Kolyma River is a river in northeastern Siberia, whose basin covers parts of the Sakha Republic, Chukotka Autonomous Okrug, and Magadan Oblast of Russia. Itrises in the mountains north of Okhotsk and Magadan, in the area of and...
and Cape Shelagsky there was an open sea, not dry land, as people thought. Together with Fyodor Matyushkin
Fyodor Matyushkin
Fyodor Fyodorovich Matyushkin was a Russian navigator, Admiral , and a close friend of Aleksandr Pushkin.Matyushkin graduated from Tsarskoselskiy College in 1817...
and P. Kuzmin, Wrangel described the Siberia
Siberia
Siberia is an extensive region constituting almost all of Northern Asia. Comprising the central and eastern portion of the Russian Federation, it was part of the Soviet Union from its beginning, as its predecessor states, the Tsardom of Russia and the Russian Empire, conquered it during the 16th...
n coastline from the Indigirka River
Indigirka River
The Indigirka River is a river in the Sakha Republic in Russia between the Yana River and the Kolyma River. It is in length. The area of its basin is 360,000 km²...
to the Kolyuchinskaya Bay
Kolyuchinskaya Bay
Kolyuchinskaya Bay is a large bay in the Chukchi Sea on the northern shore of the Chukotka Peninsula, Russia. To the west is Cape Vankarem and to the east Neskynpil'gyn Lagoon and Cape Serdtse-Kamen. The length of the bay is 100 km. Its mouth is only 2.8 km because of the Serykh Gusey...
in the Chukchi Sea
Chukchi Sea
Chukchi Sea is a marginal sea of the Arctic Ocean. It is bounded on the west by the De Long Strait, off Wrangel Island, and in the east by Point Barrow, Alaska, beyond which lies the Beaufort Sea. The Bering Strait forms its southernmost limit and connects it to the Bering Sea and the Pacific...
. (See Northeast Passage) His expedition made a valuable research in glaciology
Glaciology
Glaciology Glaciology Glaciology (from Middle French dialect (Franco-Provençal): glace, "ice"; or Latin: glacies, "frost, ice"; and Greek: λόγος, logos, "speech" lit...
, geomagnetics, and climatology
Climatology
Climatology is the study of climate, scientifically defined as weather conditions averaged over a period of time, and is a branch of the atmospheric sciences...
and also collected data about natural resources and native population of that remote area.

After noticing swarm
Swarm
Swarm behaviour, or swarming, is a collective behaviour exhibited by animals of similar size which aggregate together, perhaps milling about the same spot or perhaps moving en masse or migrating in some direction. As a term, swarming is applied particularly to insects, but can also be applied to...
s of birds flying north and questioning the native population, he determined that there must be an undiscovered island in the Arctic Ocean
Arctic Ocean
The Arctic Ocean, located in the Northern Hemisphere and mostly in the Arctic north polar region, is the smallest and shallowest of the world's five major oceanic divisions...
and started in 1820 a four year long expedition to search for it. Even though it was unsuccessful the island was later named Wrangel Island
Wrangel Island
Wrangel Island is an island in the Arctic Ocean, between the Chukchi Sea and East Siberian Sea. Wrangel Island lies astride the 180° meridian. The International Date Line is displaced eastwards at this latitude to avoid the island as well as the Chukchi Peninsula on the Russian mainland...
to honour him and his endeavor.

Wrangel led the Russian world voyage on the ship Krotky in 1825–1827. He held the post of the Chief Manager of the Russian American Company and was effectively Governor of its settlements in North America
North America
North America is a continent wholly within the Northern Hemisphere and almost wholly within the Western Hemisphere. It is also considered a northern subcontinent of the Americas...
in 1829–1835. Prior to his departure for Russia’s American colonies, he got married in 1829 to Elisabeth Teodora Natalia Karolina de Rossillon, daughter of Baron Wilhelm de Rossillon. Von Wrangel was the first of a series of bachelor appointees to the office of governor who had to find a wife before assuming the duties in America, the Russian American Company rules having been changed in 1829.

Wrangel retired in 1864. He opposed the sale of Alaska
Alaska purchase
The Alaska Purchase was the acquisition of the Alaska territory by the United States from Russia in 1867 by a treaty ratified by the Senate. The purchase, made at the initiative of United States Secretary of State William H. Seward, gained of new United States territory...
to the United States
United States
The United States of America is a federal constitutional republic comprising fifty states and a federal district...
in 1867. Wrangel wrote the book Journey along the northern coastline of Siberia and the Arctic Ocean and other books about the peoples of northwestern America.