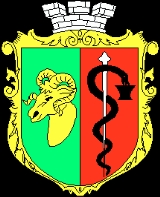 
Yevpatoria or Eupatoria is a city in Crimea
Crimea
Crimea , or the Autonomous Republic of Crimea , is a sub-national unit, an autonomous republic, of Ukraine. It is located on the northern coast of the Black Sea, occupying a peninsula of the same name...
, Ukraine
Ukraine
Ukraine is a country in Eastern Europe. It has an area of 603,628 km², making it the second largest contiguous country on the European continent, after Russia...
.

The first recorded settlement in the area, called Kerkinitis (Κερκινίτης), was built by Greek
Ancient Greece
Ancient Greece is a civilization belonging to a period of Greek history that lasted from the Archaic period of the 8th to 6th centuries BC to the end of antiquity. Immediately following this period was the beginning of the Early Middle Ages and the Byzantine era. Included in Ancient Greece is the...
colonists around 500 BC. Along with the rest of Crimea, Kerkinitis was part of the dominions of Mithridates VI
Mithridates VI of Pontus
Mithridates VI or Mithradates VI Mithradates , from Old Persian Mithradatha, "gift of Mithra"; 134 BC – 63 BC, also known as Mithradates the Great and Eupator Dionysius, was king of Pontus and Armenia Minor in northern Anatolia from about 120 BC to 63 BC...
, King of Pontus
Pontus
Pontus or Pontos is a historical Greek designation for a region on the southern coast of the Black Sea, located in modern-day northeastern Turkey. The name was applied to the coastal region in antiquity by the Greeks who colonized the area, and derived from the Greek name of the Black Sea: Πόντος...
, from whose cognomen, Eupator, the city's modern name derives.

From roughly the 7th through the 10th centuries AD Yevpatoriya was a Khazar settlement; its name in Khazar language
Khazar language
Khazar was the language spoken by the Khazars, a semi-nomadic Turkic people from Central Asia. It is also referred to as Khazarian, Khazaric, or Khazari. The language is extinct and written records are almost non-existent....
was probably Güzliev (literally "beautiful house"). It was later subject to the Cumans
Cumans
The Cumans were Turkic nomadic people comprising the western branch of the Cuman-Kipchak confederation. After Mongol invasion , they decided to seek asylum in Hungary, and subsequently to Bulgaria...
(Kipchaks
Kipchaks
Kipchaks were a Turkic tribal confederation...
), the Mongols
Mongols
Mongols ) are a Central-East Asian ethnic group that lives mainly in the countries of Mongolia, China, and Russia. In China, ethnic Mongols can be found mainly in the central north region of China such as Inner Mongolia...
and the Crimean Khanate
Crimean Khanate
Crimean Khanate, or Khanate of Crimea , was a state ruled by Crimean Tatars from 1441 to 1783. Its native name was . Its khans were the patrilineal descendants of Toqa Temür, the thirteenth son of Jochi and grandson of Genghis Khan...
. During this period the city was called Kezlev by Crimean Tatars
Crimean Tatars
Crimean Tatars or Crimeans are a Turkic ethnic group that originally resided in Crimea. They speak the Crimean Tatar language...
and Gözleve by Ottomans. The Russian medieval name Kozlov is a Russification
Russification
Russification is an adoption of the Russian language or some other Russian attributes by non-Russian communities...
of the Crimean Tatar name.

Today Yevpatoriya is a major Ukrainian
Ukraine
Ukraine is a country in Eastern Europe. It has an area of 603,628 km², making it the second largest contiguous country on the European continent, after Russia...
Black Sea
Black Sea
The Black Sea is bounded by Europe, Anatolia and the Caucasus and is ultimately connected to the Atlantic Ocean via the Mediterranean and the Aegean seas and various straits. The Bosphorus strait connects it to the Sea of Marmara, and the strait of the Dardanelles connects that sea to the Aegean...
port, a rail hub, and resort town. The main industries include fishing
Fishing
Fishing is the activity of trying to catch wild fish. Fish are normally caught in the wild. Techniques for catching fish include hand gathering, spearing, netting, angling and trapping....
, food processing
Food processing
Food processing is the set of methods and techniques used to transform raw ingredients into food or to transform food into other forms for consumption by humans or animals either in the home or by the food processing industry...
, wine making, limestone
Limestone
Limestone is a sedimentary rock composed largely of the minerals calcite and aragonite, which are different crystal forms of calcium carbonate . Many limestones are composed from skeletal fragments of marine organisms such as coral or foraminifera....
quarry
Quarry
A quarry is a type of open-pit mine from which rock or minerals are extracted. Quarries are generally used for extracting building materials, such as dimension stone, construction aggregate, riprap, sand, and gravel. They are often collocated with concrete and asphalt plants due to the requirement...
ing, weaving, and the manufacture of building materials, machinery, furniture manufacturing and tourism. The National Space Agency of Ukraine
National Space Agency of Ukraine
The State Space Agency of Ukraine is the Ukrainian government agency responsible for space policy and programs....
has ground control and tracking facilities here.

Yevpatoriya has spas of mineral water, salt and mud lakes. These resorts belong to a vast area with curative facilities where the main health-improving factors are the sunshine and sea, air and sand, brine and mud of the salt lakes, as well as the mineral water of the hot springs. The population of the town is sure to have known about the curative qualities of the local mud that can be found here from time immemorial, which is witnessed by the manuscripts of Pliny the Elder
Pliny the Elder
Gaius Plinius Secundus , better known as Pliny the Elder, was a Roman author, naturalist, and natural philosopher, as well as naval and army commander of the early Roman Empire, and personal friend of the emperor Vespasian...
, a Roman scholar (ca 80 BC).

On December 24, 2008 a blast destroyed a five story building
2008 Yevpatoria gas explosion
The 2008 Yevpatoria gas explosion took place on December 25, 2008 with an explosion in an apartment block in Yevpatoria, a Ukrainian Black Sea resort town. Within hours, the death toll stood at 22 with 10 missing. On December 26 the total number of deaths was 27 people...
in the town. 27 people were killed. President
President of Ukraine
Prior to the formation of the modern Ukrainian presidency, the previous Ukrainian head of state office was officially established in exile by Andriy Livytskyi. At first the de facto leader of nation was the president of the Central Rada at early years of the Ukrainian People's Republic, while the...
Viktor Yushchenko
Viktor Yushchenko
Viktor Andriyovych Yushchenko is a former President of Ukraine. He took office on January 23, 2005, following a period of popular unrest known as the Orange Revolution...
declared December 26 to be a day of national mourning.

Two beaches in Yevpatoria are Blue Flag beach
Blue Flag beach
The Blue Flag is a certification by the Foundation for Environmental Education that a beach or marina meets its stringent standards.The Blue Flag is a trademark owned by FEE which is a not-for-profit, non-governmental organisation consisting of 65 organisations in 60 member countries in Europe,...
es since May 2010, these were the first beaches (with two beaches in Yalta
Yalta
Yalta is a city in Crimea, southern Ukraine, on the north coast of the Black Sea.The city is located on the site of an ancient Greek colony, said to have been founded by Greek sailors who were looking for a safe shore on which to land. It is situated on a deep bay facing south towards the Black...
) to be awarded a Blue Flag in a CIS
CIS
CIS usually refers to the Commonwealth of Independent States, a modern political entity consisting of eleven former Soviet Union republics.The acronym CIS may also refer to:-Organizations:...
memberstate.

Famous attractions within or near Yevpatoria are:

Asteroid number 6489 has a name GOLEVKA, which has a complicated origin. In 1995, Golevka was studied simultaneously by three radar
Radar
Radar is an object-detection system which uses radio waves to determine the range, altitude, direction, or speed of objects. It can be used to detect aircraft, ships, spacecraft, guided missiles, motor vehicles, weather formations, and terrain. The radar dish or antenna transmits pulses of radio...
observatories across the world: Goldstone in California
California
California is a state located on the West Coast of the United States. It is by far the most populous U.S. state, and the third-largest by land area...
, Yevpatoria RT-70 radio telescope
Yevpatoria RT-70 radio telescope
The Yevpatoria RT-70 radio telescope is an RT-70 radio telescope and planetary radar at the Center for Deep Space Communications, Yevpatoria, Crimea, Ukraine. In the scientific literature is often called Evpatoria planetary radar .With its 70m antenna diameter, it is among the largest single dish...
in Ukraine
Ukraine
Ukraine is a country in Eastern Europe. It has an area of 603,628 km², making it the second largest contiguous country on the European continent, after Russia...
(Yevpatoriya is sometimes romanized
Romanization of Ukrainian
The romanization or Latinization of Ukrainian is the representation of the Ukrainian language using Latin letters. Ukrainian is natively written in its own Ukrainian alphabet, a variation of Cyrillic....
as Evpatoria) and Kashima in Japan
Japan
Japan is an island nation in East Asia. Located in the Pacific Ocean, it lies to the east of the Sea of Japan, China, North Korea, South Korea and Russia, stretching from the Sea of Okhotsk in the north to the East China Sea and Taiwan in the south...
. 'Gol-Ev-Ka' comes from the first few letters of each observatory's name; it was proposed by the discoverer following a suggestion by Alexander L. Zaitsev. 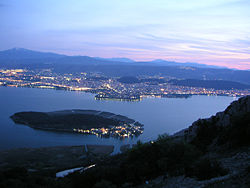