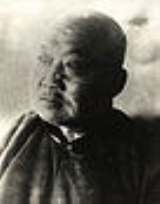 Overview
Mongols) are a Central-East Asian ethnic group
Ethnic group
An ethnic group is a group of people whose members identify with each other, through a common heritage, often consisting of a common language, a common culture and/or an ideology that stresses common ancestry or endogamy...
that lives mainly in the countries of Mongolia
Mongolia
Mongolia is a landlocked country in East and Central Asia. It is bordered by Russia to the north and China to the south, east and west. Although Mongolia does not share a border with Kazakhstan, its western-most point is only from Kazakhstan's eastern tip. Ulan Bator, the capital and largest...
, China
China
Chinese civilization may refer to:* China for more general discussion of the country.* Chinese culture* Greater China, the transnational community of ethnic Chinese.* History of China* Sinosphere, the area historically affected by Chinese culture...
, and Russia
Russia
Russia or , officially known as both Russia and the Russian Federation , is a country in northern Eurasia. It is a federal semi-presidential republic, comprising 83 federal subjects...
. In China, ethnic Mongols can be found mainly in the central north region of China such as Inner Mongolia
Inner Mongolia
Inner Mongolia is an autonomous region of the People's Republic of China, located in the northern region of the country. Inner Mongolia shares an international border with the countries of Mongolia and the Russian Federation...
(smaller number of Mongols can also be found in Xinjiang
Xinjiang
Xinjiang is an autonomous region of the People's Republic of China. It is the largest Chinese administrative division and spans over 1.6 million km2...
in northwest China). The Buryat
Buryats
The Buryats or Buriyads , numbering approximately 436,000, are the largest ethnic minority group in Siberia and are mainly concentrated in their homeland, the Buryat Republic, a federal subject of Russia...
branch of the Mongol ethnic group can be found in the autonomous republic of Buryatia
Buryatia
The Republic of Buryatia is a federal subject of Russia . Its capital is the city of Ulan-Ude. Its area is with a population of 972,658 .-Geography:...
, Russia. Ethnic Mongols are bound together by a common language
Language
Language may refer either to the specifically human capacity for acquiring and using complex systems of communication, or to a specific instance of such a system of complex communication...
and culture
Culture
Culture is a term that has many different inter-related meanings. For example, in 1952, Alfred Kroeber and Clyde Kluckhohn compiled a list of 164 definitions of "culture" in Culture: A Critical Review of Concepts and Definitions...
.

1215    Beijing, then under the control of the Jurchen ruler Emperor Xuanzong of Jin, is captured by the Mongols under Genghis Khan, ending the Battle of Beijing.

1238    The Mongols burn the Russian city of Vladimir.

1240    Mongol invasion of Rus: Kiev under Danylo of Halych and Voivode Dmytro falls to the Mongols under Batu Khan.

1258    Baghdad falls to the Mongols, and the Abbasid Caliphate is destroyed.

1260    The Mamluks defeat the Mongols at the Battle of Ain Jalut in Palestine, marking their first decisive defeat and the point of maximum expansion of the Mongol Empire.

1294    Temür, grandson of Kublai, is elected Khagan of the Mongols and Emperor of the Yuan Dynasty with the reigning titles Oljeitu and Chengzong.

1307    Külüg Khan enthroned as Khagan of the Mongols and Wuzong of the Yuan.

1332    Rinchinbal Khan, Emperor Ningzong of Yuan became the Khagan of the Mongols and Emperor of the Yuan Dynasty, reigning for only 53 days.

1409    Battle of Kherlen, the second significant victory over Ming China by the Mongols since 1368.