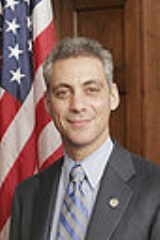 Originally, the duties now performed by the Chief of Staff belonged to the President's private secretary and was fulfilled by crucial confidants and advisers like George B. Cortelyou
George B. Cortelyou
George Bruce Cortelyou was an American Presidential Cabinet secretary of the early 20th century.-Early life:...
, Joseph Tumulty, and Louis McHenry Howe
Louis McHenry Howe
Louis McHenry Howe was an intimate friend and close political advisor to President Franklin D. Roosevelt. He, along with Eleanor Roosevelt and Margurite "Missy" LeHand, was one of the few close associates who supported FDR throughout the most difficult stages of his personal and political...
to presidents Theodore Roosevelt, Woodrow Wilson, and Franklin Roosevelt, respectively. The private secretary served as the President's de facto chief aide in a role that combined personal and professional assignments of highly delicate and demanding natures, requiring great skill and discretion. The job of gatekeeper and overseeing the President's schedule was separately delegated to the Appointments Secretary, as with FDR's aide Edwin "Pa" Watson.

In 1946, in response to the rapid growth of the U.S. government's executive branch, the position of Assistant to the President of the United States was established. Charged with the affairs of the White House it was the immediate predecessor to the modern Chief of Staff. It was in 1953, under Republican
Republican Party (United States)
The Republican Party is one of the two major contemporary political parties in the United States, along with the Democratic Party. Founded by anti-slavery expansion activists in 1854, it is often called the GOP . The party's platform generally reflects American conservatism in the U.S...
President Dwight D. Eisenhower
Dwight D. Eisenhower
Dwight David "Ike" Eisenhower was the 34th President of the United States, from 1953 until 1961. He was a five-star general in the United States Army...
, that the president's pre-eminent assistant was designated the White House Chief of Staff.

It is possible that a powerful Chief of Staff with a "hands-off" president (who decides not to become involved in the minutiae of government), can become a de facto
De facto
De facto is a Latin expression that means "concerning fact." In law, it often means "in practice but not necessarily ordained by law" or "in practice or actuality, but not officially established." It is commonly used in contrast to de jure when referring to matters of law, governance, or...
Prime Minister. Such prime ministers exist in some governmental systems: The prime minister runs the government (operations-wise), while the president remains somewhat aloof from the political process, but personally handling policy matters.
Richard Nixon
Richard Nixon
Richard Milhous Nixon was the 37th President of the United States, serving from 1969 to 1974. The only president to resign the office, Nixon had previously served as a US representative and senator from California and as the 36th Vice President of the United States from 1953 to 1961 under...
's first Chief of Staff, H.R. Haldeman, garnered a reputation in Washington for the iron hand he wielded in the position—famously referring to himself as "the President's son-of-a-bitch," he was a rigid gatekeeper who would frequently meet with administration officials in place of the President, then report himself to Nixon on the officials' talking points. Journalist Bob Woodward
Bob Woodward
Robert Upshur Woodward is an American investigative journalist and non-fiction author. He has worked for The Washington Post since 1971 as a reporter, and is currently an associate editor of the Post....
, in his books All the President's Men
All the President's Men
All the President's Men is a 1974 non-fiction book by Carl Bernstein and Bob Woodward, two of the journalists investigating the first Watergate break-in and ensuing scandal for The Washington Post. The book chronicles the investigative reporting of Woodward and Bernstein from Woodward's initial...
and The Secret Man, wrote that many of his sources, including the famous Deep Throat
Deep Throat
Deep Throat is the pseudonym given to the secret informant who provided information to Bob Woodward of The Washington Post in 1972 about the involvement of United States President Richard Nixon's administration in what came to be known as the Watergate scandal...
, displayed a genuine fear of Haldeman.