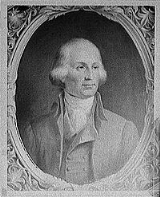 The Cabinet post of Postmaster General was often given to a new President's campaign manager or other key political supporter, and was considered something of a sinecure
Sinecure
A sinecure means an office that requires or involves little or no responsibility, labour, or active service...
.

I live in Kellerton, Iowa and am disabled. I would like to know why I cannot have my mailbox in front of my house? I have been told by the postmaste...
More

The Cabinet post of Postmaster General was often given to a new President's campaign manager or other key political supporter, and was considered something of a sinecure
Sinecure
A sinecure means an office that requires or involves little or no responsibility, labour, or active service...
. The Postmaster General was in charge of the governing party's patronage
Patronage
Patronage is the support, encouragement, privilege, or financial aid that an organization or individual bestows to another. In the history of art, arts patronage refers to the support that kings or popes have provided to musicians, painters, and sculptors...
, and was a powerful position which held much influence within the party. For example, James Farley
James Farley
James Aloysius Farley was the first Irish Catholic politician in American history to achieve success on a national level, serving as Chairman of the New York State Democratic Committee, Chairman of the Democratic National Committee and as Postmaster General simultaneously under the first two...
used his position as Postmaster General during Franklin D. Roosevelt
Franklin D. Roosevelt
Franklin Delano Roosevelt , also known by his initials, FDR, was the 32nd President of the United States and a central figure in world events during the mid-20th century, leading the United States during a time of worldwide economic crisis and world war...
's New Deal
New Deal
The New Deal was a series of economic programs implemented in the United States between 1933 and 1936. They were passed by the U.S. Congress during the first term of President Franklin D. Roosevelt. The programs were Roosevelt's responses to the Great Depression, and focused on what historians call...
administration to reward party loyalists within Congress
United States Congress
The United States Congress is the bicameral legislature of the federal government of the United States, consisting of the Senate and the House of Representatives. The Congress meets in the United States Capitol in Washington, D.C....
who supported Roosevelt's initial "100 days" legislation with federal patronage for their states. Federal appointments, except for a small handful, were screened by Farley before the President could approve the appointments due to the patronage position of the Postmaster General.

The Postmaster General is second-highest paid U.S. government official, based on publicly available salary information, after the President of the United States.

Postmasters General under the Continental Congress 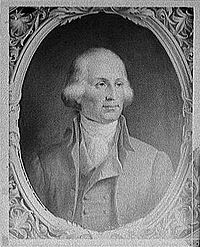