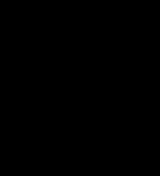 Encyclopedia
The University of Geneva is a public research university located in Geneva
Geneva
Geneva In the national languages of Switzerland the city is known as Genf , Ginevra and Genevra is the second-most-populous city in Switzerland and is the most populous city of Romandie, the French-speaking part of Switzerland...
, Switzerland
Switzerland
Switzerland name of one of the Swiss cantons. ; ; ; or ), in its full name the Swiss Confederation , is a federal republic consisting of 26 cantons, with Bern as the seat of the federal authorities. The country is situated in Western Europe,Or Central Europe depending on the definition....
.

Classes are mainly taught in French
French language
French is a Romance language spoken as a first language in France, the Romandy region in Switzerland, Wallonia and Brussels in Belgium, Monaco, the regions of Quebec and Acadia in Canada, and by various communities elsewhere. Second-language speakers of French are distributed throughout many parts...
.

The University is composed of eight faculties:

The university has also developed a continuing education
Continuing education
Continuing education is an all-encompassing term within a broad spectrum of post-secondary learning activities and programs. The term is used mainly in the United States and Canada...
programme. The university has a partnership with the nearby Graduate Institute of International and Development Studies
Graduate Institute of International and Development Studies
The Graduate Institute of International and Development Studies is a highly selective postgraduate educational and research institute situated in Geneva, Switzerland...
and the Bossey Ecumenical Institute
Bossey Ecumenical Institute
Bossey Ecumenical Institute is situated in Switzerland near Geneva, Switzerland and it is the ecumenical institute of the World Council of Churches. It was founded in 1946. The director of the Institute is Ioan Sauca.-External links:*...
, and students at the university may take courses at these institutes.

The University has hosted several Nobel laureates as students, researchers and/or professors; amongst them: