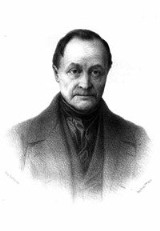 Overview
Sociology is the study of society
Society
A society, or a human society, is a group of people related to each other through persistent relations, or a large social grouping sharing the same geographical or virtual territory, subject to the same political authority and dominant cultural expectations...
. It is a social science—a term with which it is sometimes synonymous—which uses various methods of empirical investigation and critical analysis to develop a body of knowledge about human social activity. For many sociologists the goal is to conduct research which may be applied directly to social policy
Social policy
Social policy primarily refers to guidelines, principles, legislation and activities that affect the living conditions conducive to human welfare. Thus, social policy is that part of public policy that has to do with social issues...
and welfare, whilst others focus primarily on refining the theoretical understanding of social processes.

5.)There is peculiarity in the story of FEMA that emerges in the post-DHS period. Since its founding during the Carter administration in late 1970...

4.) The credit crisis, as we saw, was rooted in thousand of subprime home loans - loans made to people with poor credit records, which had adjustabl...

3.) Employment relations, like other aspects of organizations, are shaped by social institutions. in the Post WWII economic boom in the U.S., employme...

2.) The Enron Corporation served as our case study of an organization driven by a shareholder conception of the firm - a cultural understanding th...

I'm having to write a paper on sociology and one of the things she wants me to talk about is one or more social aspect of my life. Like my family life...
More

This is a strict sociology question
More

Obviously something is wrong with the entire argument of "obviousness".

Paul Lazarsfeld, 1949, about the interpretation of results in social science as obvious.

"Myth does not set out to give lessons in natural science any more than in morals or sociology."

"Men were often called "breadwinners" because their income put food on the table... Although women were not usually called "breadservers," that was their role."

Leonard Beeghley paraphrasing Max Weber. Page 70 in The Structure of Social Stratification in the United States. 2008. ISBN: 978-0-205-53052-6 (not necessarily a famous sociologist, but a good quote)
More
x