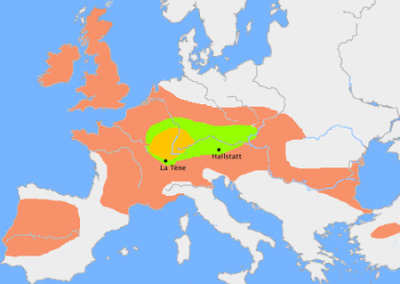 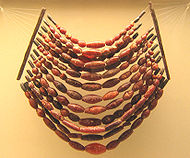 In archaeology
Archaeology
Archaeology, or archeology , is the study of human society, primarily through the recovery and analysis of the material culture and environmental data that they have left behind, which includes artifacts, architecture, biofacts and cultural landscapes...
a type site (also known as a type-site or typesite) is a site
Archaeological site
An archaeological site is a place in which evidence of past activity is preserved , and which has been, or may be, investigated using the discipline of archaeology and represents a part of the archaeological record.Beyond this, the definition and geographical extent of a 'site' can vary widely,...
that is considered the model of a particular archaeological culture
Archaeological culture
An archaeological culture is a recurring assemblage of artifacts from a specific time and place, which are thought to constitute the material culture remains of a particular past human society. The connection between the artifacts is based on archaeologists' understanding and interpretation and...
. For example, the type site of the Pre-Pottery Neolithic A
Pre-Pottery Neolithic A
Pre-Pottery Neolithic A denotes the first stage in early Levantine Neolithic culture, dating around 9500 to 8500 BC. Archaeological remains are located in the Levantine and upper Mesopotamian region of the Fertile Crescent...
culture is Jericho
Jericho
Jericho ; is a city located near the Jordan River in the West Bank of the Palestinian territories. It is the capital of the Jericho Governorate and has a population of more than 20,000. Situated well below sea level on an east-west route north of the Dead Sea, Jericho is the lowest permanently...
, in the West Bank
West Bank
The West Bank ) of the Jordan River is the landlocked geographical eastern part of the Palestinian territories located in Western Asia. To the west, north, and south, the West Bank shares borders with the state of Israel. To the east, across the Jordan River, lies the Hashemite Kingdom of Jordan...
, while the type site of the pre-celtic/Celt
Celt
The Celts were a diverse group of tribal societies in Iron Age and Roman-era Europe who spoke Celtic languages.The earliest archaeological culture commonly accepted as Celtic, or rather Proto-Celtic, was the central European Hallstatt culture , named for the rich grave finds in Hallstatt, Austria....
ic Bronze Age
Bronze Age
The Bronze Age is a period characterized by the use of copper and its alloy bronze as the chief hard materials in the manufacture of some implements and weapons. Chronologically, it stands between the Stone Age and Iron Age...
Hallstatt culture
Hallstatt culture
The Hallstatt culture was the predominant Central European culture from the 8th to 6th centuries BC , developing out of the Urnfield culture of the 12th century BC and followed in much of Central Europe by the La Tène culture.By the 6th century BC, the Hallstatt culture extended for some...
is the lakeside village of Hallstatt
Hallstatt
Hallstatt, Upper Austria is a village in the Salzkammergut, a region in Austria. It is located near the Hallstätter See . At the 2001 census it had 946 inhabitants...
, Austria
Austria
Austria , officially the Republic of Austria , is a landlocked country of roughly 8.4 million people in Central Europe. It is bordered by the Czech Republic and Germany to the north, Slovakia and Hungary to the east, Slovenia and Italy to the south, and Switzerland and Liechtenstein to the...
.

In geology
Geology
Geology is the science comprising the study of solid Earth, the rocks of which it is composed, and the processes by which it evolves. Geology gives insight into the history of the Earth, as it provides the primary evidence for plate tectonics, the evolutionary history of life, and past climates...
the term is used similarly for a site considered to be typical of a particular rock formation etc.

A type site contains artifacts
Artifact (archaeology)
An artifact or artefact is "something made or given shape by man, such as a tool or a work of art, esp an object of archaeological interest"...
, in an assemblage, that are typical of that culture. Type sites are often the first or foundational site discovered about the culture they represent. The use of this term is therefore similar to that of the specimen type in biology
Biology
Biology is a natural science concerned with the study of life and living organisms, including their structure, function, growth, origin, evolution, distribution, and taxonomy. Biology is a vast subject containing many subdivisions, topics, and disciplines...
(see biological type
Biological type
In biology, a type is one particular specimen of an organism to which the scientific name of that organism is formally attached...
s) or locus typicus (type locality
Type locality (geology)
Type locality , also called type area or type locale, is the where a particular rock type, stratigraphic unit, fossil or mineral species is first identified....
) in geology
Geology
Geology is the science comprising the study of solid Earth, the rocks of which it is composed, and the processes by which it evolves. Geology gives insight into the history of the Earth, as it provides the primary evidence for plate tectonics, the evolutionary history of life, and past climates...
.