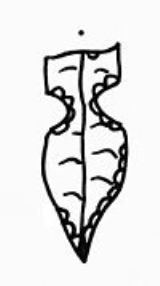 Encyclopedia
Pre-Pottery Neolithic A (PPNA for short) denotes the first stage in early Levantine Neolithic culture, dating around 9500 to 8500 BC. Archaeological remains are located in the Levant
Levant
The Levant or ) is the geographic region and culture zone of the "eastern Mediterranean littoral between Anatolia and Egypt" . The Levant includes most of modern Lebanon, Syria, Jordan, Israel, the Palestinian territories, and sometimes parts of Turkey and Iraq, and corresponds roughly to the...
ine and upper Mesopotamia
Mesopotamia
Mesopotamia is a toponym for the area of the Tigris–Euphrates river system, largely corresponding to modern-day Iraq, northeastern Syria, southeastern Turkey and southwestern Iran.Widely considered to be the cradle of civilization, Bronze Age Mesopotamia included Sumer and the...
n region of the Fertile Crescent
Fertile Crescent
The Fertile Crescent, nicknamed "The Cradle of Civilization" for the fact the first civilizations started there, is a crescent-shaped region containing the comparatively moist and fertile land of otherwise arid and semi-arid Western Asia. The term was first used by University of Chicago...
. The culture is characterized by small circular mud brick dwellings, the cultivation of crops, the hunting of wild game, and unique burial customs in which bodies were buried below the floors of dwellings. The Pre-Pottery Neolithic A and the following Pre-Pottery Neolithic B
Pre-Pottery Neolithic B
Pre-Pottery Neolithic B is a division of the Neolithic developed by Dame Kathleen Kenyon during her archaeological excavations at Jericho in the southern Levant region....
were originally defined by Kathleen Kenyon
Kathleen Kenyon
Dame Kathleen Mary Kenyon , was a leading archaeologist of Neolithic culture in the Fertile Crescent. She is best known for her excavations in Jericho in 1952-1958.-Early life:...
in the type site
Type site
In archaeology a type site is a site that is considered the model of a particular archaeological culture...
of Jericho
Jericho
Jericho ; is a city located near the Jordan River in the West Bank of the Palestinian territories. It is the capital of the Jericho Governorate and has a population of more than 20,000. Situated well below sea level on an east-west route north of the Dead Sea, Jericho is the lowest permanently...
(Palestine). During this time, pottery
Pottery
Pottery is the material from which the potteryware is made, of which major types include earthenware, stoneware and porcelain. The place where such wares are made is also called a pottery . Pottery also refers to the art or craft of the potter or the manufacture of pottery...
was yet unknown. They precede the ceramic Neolithic (Yarmukian). PPNA succeeds the Natufian culture of the Epipaleolithic (Mesolithic).

PPNA archaeological sites are much larger than those of the preceding Natufian hunter-gatherer culture, and contain traces of communal structures, such as the famous tower of Jericho. PPNA settlements are characterized by round, semi-subterranean houses with stone foundations and terrazzo
Terrazzo
Terrazzo is a composite material poured in place or precast, which is used for floor and wall treatments. It consists of marble, quartz, granite, glass or other suitable chips, sprinkled or unsprinkled, and poured with a binder that is cementitious, chemical or a combination of both...
-floors. The upper walls were constructed of unbaked clay mudbrick
Mudbrick
A mudbrick is a firefree brick, made of a mixture of clay, mud, sand, and water mixed with a binding material such as rice husks or straw. They use a stiff mixture and let them dry in the sun for 25 days....
s with plano-convex cross-sections. The hearths were small, and covered with cobbles. Heated rocks were used in cooking, which led to an accumulation of fire-cracked rock in the buildings, and almost every settlement contained storage bins made of either stones or mud-brick.

One of the most notable PPNA settlements is Jericho
Jericho
Jericho ; is a city located near the Jordan River in the West Bank of the Palestinian territories. It is the capital of the Jericho Governorate and has a population of more than 20,000. Situated well below sea level on an east-west route north of the Dead Sea, Jericho is the lowest permanently...
, thought to be the world's first town (c 8000 BC). The PPNA town contained a population of up to 2000-3000 people, and was protected by a massive stone wall and tower. There is much debate over the function of the wall, for there is no evidence of any serious warfare at this time. One possibility is the wall was built to protect the salt resources of Jericho.

The extensive domestication
Domestication
Domestication or taming is the process whereby a population of animals or plants, through a process of selection, becomes accustomed to human provision and control. In the Convention on Biological Diversity a domesticated species is defined as a 'species in which the evolutionary process has been...
of plants and animals and the rise of settlement happened at this time. This period occurred at the end of the Younger Dryas
Younger Dryas
The Younger Dryas stadial, also referred to as the Big Freeze, was a geologically brief period of cold climatic conditions and drought between approximately 12.8 and 11.5 ka BP, or 12,800 and 11,500 years before present...
and was probably linked with the associated stabilization of climate and increased rainfall. There is evidence for the use of wheat
Wheat
Wheat is a cereal grain, originally from the Levant region of the Near East, but now cultivated worldwide. In 2007 world production of wheat was 607 million tons, making it the third most-produced cereal after maize and rice...
, barley
Barley
Barley is a major cereal grain, a member of the grass family. It serves as a major animal fodder, as a base malt for beer and certain distilled beverages, and as a component of various health foods...
and legumes from carbonized seed
Seed
A seed is a small embryonic plant enclosed in a covering called the seed coat, usually with some stored food. It is the product of the ripened ovule of gymnosperm and angiosperm plants which occurs after fertilization and some growth within the mother plant...
s and their storage in granaries.

PPNA cultures are unique for their burial practices, and Kenyon (who excavated the PPNA level of Jericho), characterized them as "living with their dead." Kenyon found no fewer than 279 burials, below floors, under household foundations, and in between walls. Skulls were often dug up and reburied, or mottled with clay and (presumably) displayed.

The lithic industry is based on blades
Blade (archaeology)
In archaeology a blade is a type of stone tool created by striking a long narrow flake from a stone core.Blades are defined as being flakes that are at least twice as long as they are wide and that have parallel or subparallel sides and at least two ridges on the dorsal side...
struck from regular cores. Sickle
Sickle
A sickle is a hand-held agricultural tool with a variously curved blade typically used for harvesting grain crops or cutting succulent forage chiefly for feeding livestock . Sickles have also been used as weapons, either in their original form or in various derivations.The diversity of sickles that...
-blades and arrowhead
Arrowhead
An arrowhead is a tip, usually sharpened, added to an arrow to make it more deadly or to fulfill some special purpose. Historically arrowheads were made of stone and of organic materials; as human civilization progressed other materials were used...
s continue traditions from the late Natufian culture
Natufian culture
The Natufian culture was a Mesolithic culture that existed from 12,500 to 9,500 BC in the Levant, a region in the Eastern Mediterranean. It was unusual in that it was sedentary, or semi-sedentary, before the introduction of agriculture...
, transverse-blow axe
Axe
The axe, or ax, is an implement that has been used for millennia to shape, split and cut wood; to harvest timber; as a weapon; and as a ceremonial or heraldic symbol...
s and polished adze
Adze
An adze is a tool used for smoothing or carving rough-cut wood in hand woodworking. Generally, the user stands astride a board or log and swings the adze downwards towards his feet, chipping off pieces of wood, moving backwards as they go and leaving a relatively smooth surface behind...
s appear for the first time.

The building of granaries arose early. These measured 3 X 3 metres on the outside, and had suspended floors that protected the grain from rodents and insects, and provided air circulation. Granaries are positioned in places between other buildings early on 9500 BC
10th millennium BC
The 10th millennium BC marks the beginning of the Mesolithic and Epipaleolithic period, which is the first part of the Holocene epoch. Agriculture, based on the cultivation of primitive forms of millet and rice, occurred in Southwest Asia...
. However beginning around 8500 BC
9th millennium BC
The 9th millennium BC marks the beginning of the Neolithic period.Agriculture spread throughout the Fertile Crescent and use of pottery became more widespread. Larger settlements like Jericho arose along salt and flint trade routes. Northern Eurasia was resettled as the glaciers of the last glacial...
, they were moved inside houses, and by 7500 BC
8th millennium BC
In the 8th millennium BC, agriculture became widely practised in the Fertile Crescent and Anatolia.Pottery became widespread and animal husbandry spread to Africa and Eurasia. World population was approximately 5 million.-Events:*c. 8000 BC—The last glacial period ends.*c...
storage occurred in special rooms. This change might reflect changing systems of ownership and property as granaries shifted from a communal use and ownership to become under the control of households or individuals.

It has been observed of these granaries that their "sophisticated storage systems with subfloor ventilation are a precocious development that precedes the emergence of almost all of the other elements of the Near Eastern Neolithic package—domestication, large scale sedentary communities, and the entrenchment of some degree of social differentiation." Moreover, "Building granaries may, at the same time, have been the single most important feature in increasing sedentism that required active community participation in new life-ways."

With more sites becoming known, archaeologists have defined a number of regional variants: