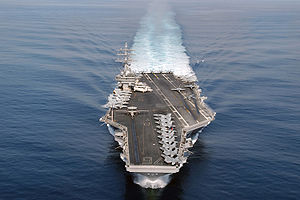 Aircraft carriers have their origins during the days of World War I
World War I
World War I , which was predominantly called the World War or the Great War from its occurrence until 1939, and the First World War or World War I thereafter, was a major war centred in Europe that began on 28 July 1914 and lasted until 11 November 1918...
. The earliest experiments constisted of fitting temporary "flying off" platforms to the gun turrets of the warships of several nations, notably the United States
United States
The United States of America is a federal constitutional republic comprising fifty states and a federal district...
and the United Kingdom
United Kingdom
The United Kingdom of Great Britain and Northern IrelandIn the United Kingdom and Dependencies, other languages have been officially recognised as legitimate autochthonous languages under the European Charter for Regional or Minority Languages...
. The first ship to be modified with a permanent flight deck was the light cruiser which initially had a single flying off deck forward of the original superstructure. Subsequently she was modified with a separate "landing on" deck aft and later with a full flush deck. Other ships, often liners, were modified to have full flush flight decks, being the first to have such modification begun. Those first faltering steps gave little indication of just how important the aircraft carrier was to prove to be. During the inter-war years (between the World Wars), Japan
Japan
Japan is an island nation in East Asia. Located in the Pacific Ocean, it lies to the east of the Sea of Japan, China, North Korea, South Korea and Russia, stretching from the Sea of Okhotsk in the north to the East China Sea and Taiwan in the south...
, the United Kingdom and the United States built up significant carrier fleets so that by the beginning of World War II
World War II
World War II, or the Second World War , was a global conflict lasting from 1939 to 1945, involving most of the world's nations—including all of the great powers—eventually forming two opposing military alliances: the Allies and the Axis...
, they had 18 carriers between them. The 1940 Battle of Taranto
Battle of Taranto
The naval Battle of Taranto took place on the night of 11–12 November 1940 during the Second World War. The Royal Navy launched the first all-aircraft ship-to-ship naval attack in history, flying a small number of obsolescent biplane torpedo bombers from an aircraft carrier in the Mediterranean Sea...
and the 1941 Attack on Pearl Harbor
Attack on Pearl Harbor
The attack on Pearl Harbor was a surprise military strike conducted by the Imperial Japanese Navy against the United States naval base at Pearl Harbor, Hawaii, on the morning of December 7, 1941...
in retrospect showed the world that the aircraft carrier was to be the most important ship in the modern fleet. Today, aircraft carriers are the capital ship
Capital ship
The capital ships of a navy are its most important warships; they generally possess the heaviest firepower and armor and are traditionally much larger than other naval vessels...
s of the navies they serve in, and in the case of modern US "supercarriers", they embark an airgroup that is effectively a small air force.

This timeline is an attempt to provide a unified chronology of key dates in carrier service. Aircraft carriers often serve their navies for many decades and this chronology enables the reader to track the progress of the carrier as it has developed alongside the evolution of aircraft for nearly a hundred years. 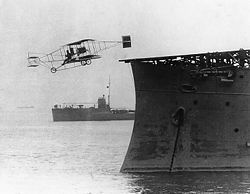 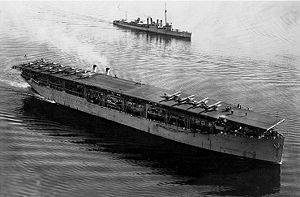 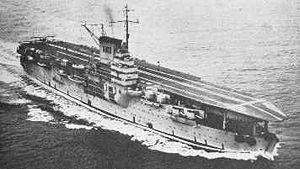 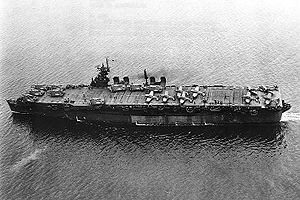 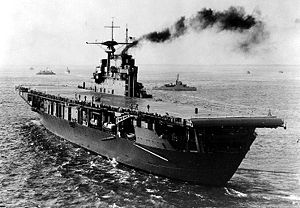 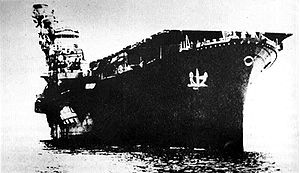 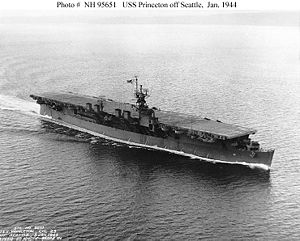 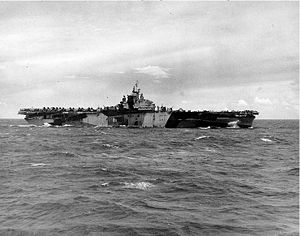 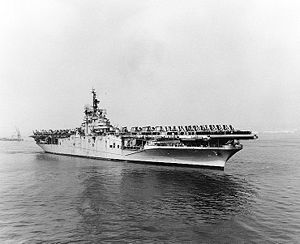 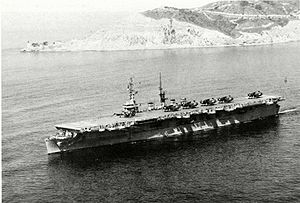 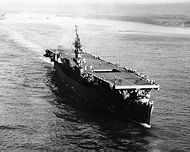 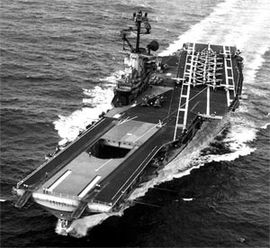 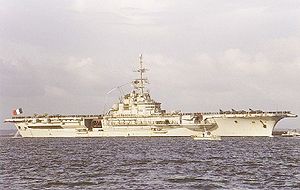 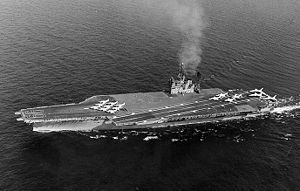 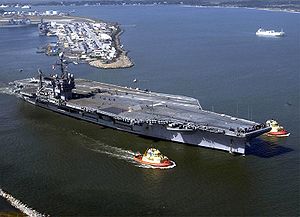 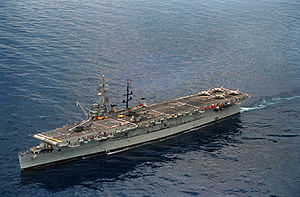 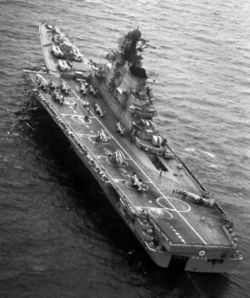 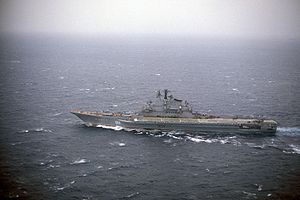 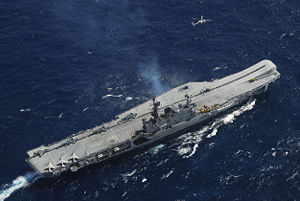 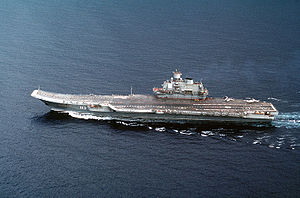 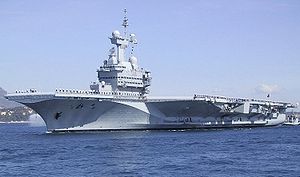 For most carriers, the dates listed here are those when the carrier was laid down, launched, commissioned, decommissioned and disposed of. If the carrier was a conversion from another ship, then the first date listed is when she was taken in hand to be converted; however, if a carrier was subsequently redesignated, its history is followed until disposal. The first time a ship is named in the list, it is linked to the relevant page within Wikipedia; if the ship was renamed, the first instance of the new name is also linked. Additionally, key relevant historical dates are interspersed with the ship-related dates to provide context.

For the purposes of this timeline, an aircraft carrier is a commissioned naval ship with at least one permanent flush deck designed for the launch and recovery of fixed-wing aircraft. This timeline does not include ships with temporary landing or take-off platforms, vessels designed for helicopter operations, marine assault ships of various designs, catapult ships, WWII escort carriers, merchant aircraft carrier
Merchant aircraft carrier
Merchant aircraft carriers were bulk cargo ships with minimal aircraft handling facilities, used during World War II by Britain and the Netherlands as an interim measure to supplement British and United States-built escort carriers in providing an anti-submarine function for convoys...
s, CAM ship
CAM ship
CAM ships were World War II-era British merchant ships used in convoys as an emergency stop-gap until sufficient escort carriers became available. CAM is an acronym for catapult aircraft merchantman. A CAM ship was equipped with a rocket-propelled catapult launching a single Hawker Sea Hurricane,...
s, nor seaplane
Seaplane
A seaplane is a fixed-wing aircraft capable of taking off and landing on water. Seaplanes that can also take off and land on airfields are a subclass called amphibian aircraft...
carriers and tenders.

The actual text of the message from the First Lord of the Admiralty to the Wright Brothers, dated 7 March 1907, taken from The Old Flying Days by Charles Cyril Turner, p. 293, was: