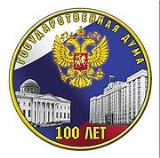 Encyclopedia
The State Duma in the Russian Federation is the lower house
Lower house
A lower house is one of two chambers of a bicameral legislature, the other chamber being the upper house.Despite its official position "below" the upper house, in many legislatures worldwide the lower house has come to wield more power...
of the Federal Assembly of Russia
Federal Assembly of Russia
The Federal Assembly of Russia is the legislature of the Russian Federation, according to the Constitution of Russian Federation, 1993...
(legislature
Legislature
A legislature is a kind of deliberative assembly with the power to pass, amend, and repeal laws. The law created by a legislature is called legislation or statutory law. In addition to enacting laws, legislatures usually have exclusive authority to raise or lower taxes and adopt the budget and...
), the upper house
Upper house
An upper house, often called a senate, is one of two chambers of a bicameral legislature, the other chamber being the lower house; a legislature composed of only one house is described as unicameral.- Possible specific characteristics :...
being the Federation Council of Russia
Federation Council of Russia
Federation Council of Russia ) is the upper house of the Federal Assembly of Russia , according to the 1993 Constitution of the Russian Federation...
. The Duma
Duma
A Duma is any of various representative assemblies in modern Russia and Russian history. The State Duma in the Russian Empire and Russian Federation corresponds to the lower house of the parliament. Simply it is a form of Russian governmental institution, that was formed during the reign of the...
headquarters is located in central Moscow
Moscow
Moscow is the capital, the most populous city, and the most populous federal subject of Russia. The city is a major political, economic, cultural, scientific, religious, financial, educational, and transportation centre of Russia and the continent...
, a few steps from Manege Square
Manege Square
Manezhnaya or Manege Square is a large pedestrian open space at the heart of Moscow bound by the Hotel Moskva to the east, the State Historical Museum and the Alexander Garden to the south, the Moscow Manege to the west, and the 18th-century headquarters of the Moscow State University to the...
. Its members are referred to as deputies. The State Duma replaced the Supreme Soviet
Supreme Soviet of Russia
The Supreme Soviet of the Russian SFSR , later Supreme Soviet of the Russian Federation was the supreme government institution of the Russian SFSR in 1938–1990; in 1990–1993 it was a permanent parliament, elected by the Congress of People's Deputies of the Russian Federation.The Supreme Soviet of...
as a result of the new constitution introduced by Boris Yeltsin
Boris Yeltsin
Boris Nikolayevich Yeltsin was the first President of the Russian Federation, serving from 1991 to 1999.Originally a supporter of Mikhail Gorbachev, Yeltsin emerged under the perestroika reforms as one of Gorbachev's most powerful political opponents. On 29 May 1990 he was elected the chairman of...
in the aftermath of the Russian constitutional crisis of 1993
Russian constitutional crisis of 1993
The constitutional crisis of 1993 was a political stand-off between the Russian president and the Russian parliament that was resolved by using military force. The relations between the president and the parliament had been deteriorating for a while...
, and approved by the Russian public in a referendum.

The State Duma was first introduced in 1906 and was Russia's first elected parliament. The first two attempts by Tsar Nicholas II were too radical and ineffective and were subsequently dissolved after only a few months each. After the 1907 electoral reform the third Duma, elected in November 1907, was largely made up of members of the upper classes, as radical influences in the Duma had almost entirely been removed. The establishment of the Duma after the 1905 Revolution was to herald significant changes to the Russian autocratic system. Furthermore the Duma was later to have a larger effect on Russia as it was one of the contributing factors in the February Revolution
February Revolution
The February Revolution of 1917 was the first of two revolutions in Russia in 1917. Centered around the then capital Petrograd in March . Its immediate result was the abdication of Tsar Nicholas II, the end of the Romanov dynasty, and the end of the Russian Empire...
, which led to the abolition of the autocracy in Russia.

In none of the Dumas elected in 1993, 1995 and 1999 was one party able to form a majority, so the chamber was mired in factional bickering and was unable to impose order on the work of its committees. Too many bills were introduced: less than half made it to the first reading. During most of the Yeltsin era the anti-Yeltsin camp was strong enough to block government legislative initiatives, while the pro-Yeltsin camp was fractured and lacked institutional ties to the executive branch. Less than half the bills passed originated as government proposals. Yeltsin vetoed twenty percent of all bills in 1996–1999, and in half the cases the veto was not overridden. The Russian public developed a strongly unfavorable image of the Duma. Meanwhile, Yeltsin continued to pursue his policies by decree–witness the privatisation auctions and Chechnya invasion in 1994. Each year 1995–2001 the Duma refused to approve the budget in advance, so the government proceeded through sequestration.

The August 1998 financial crash was a major political blow for Yeltsin, and undermined the fortunes of many of the oligarchs who were an important pillar of support for the president. In the wake of the crisis Yeltsin was forced to dismiss Prime Minister Sergey Kirienko and reluctantly accepted Yevgeny Primakov as his replacement. Primakov, a former spy chief and foreign minister, was a candidate acceptable to the Communist-led Duma. This was perhaps the high point of parliamentary influence during the whole post-Soviet period. In spring 1999 the Federation Council refused to accept Yeltsin’s dismissal of Procurator Yuri Skuratov, who was investigating Boris Berezovsky, a leading oligarch and backer of Yeltsin. In May 1999 Yeltsin struck back by firing Primakov, who went on to lead an anti-Yeltsin coalition of regional bosses, the Fatherland-All Russia movement.

All bills are first approved by the State Duma and are further debated and approved (or rejected) by the Federation Council.


Speakers of the State Duma

According to the Russian Constitution, the State Duma consists of 450 deputies (Article 95), each elected to a term of four years (Article 96; beginning 2011, for five years). Russian citizens at least 21 years old are eligible to run for the Duma (Article 97). Seats are awarded on the basis of the percentage of election votes won by a party. The party then elects candidates to fill its eligible seats.

Presidential envoys to the State Duma