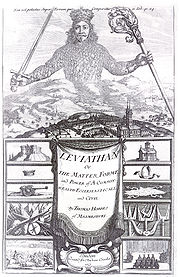 Sovereignty is the quality of having supreme, independent authority over a geographic area, such as a territory. It can be found in a power to rule and make law that rests on a political fact for which no purely legal explanation can be provided. In theoretical terms, the idea of "sovereignty", historically, from Socrates
Socrates
Socrates was a classical Greek Athenian philosopher. Credited as one of the founders of Western philosophy, he is an enigmatic figure known chiefly through the accounts of later classical writers, especially the writings of his students Plato and Xenophon, and the plays of his contemporary ...
to Thomas Hobbes
Thomas Hobbes
Thomas Hobbes of Malmesbury , in some older texts Thomas Hobbs of Malmsbury, was an English philosopher, best known today for his work on political philosophy...
, has always necessitated a moral imperative on the entity exercising it.

The concept of sovereignty has been discussed, debated and questioned throughout history, from the time of the Romans through to the present day. It has changed in its definition, concept, and application throughout, especially during the Age of Enlightenment
Age of Enlightenment
The Age of Enlightenment was an elite cultural movement of intellectuals in 18th century Europe that sought to mobilize the power of reason in order to reform society and advance knowledge. It promoted intellectual interchange and opposed intolerance and abuses in church and state...
. The current notion of state sovereignty is often traced back to the Peace of Westphalia
Peace of Westphalia
The Peace of Westphalia was a series of peace treaties signed between May and October of 1648 in Osnabrück and Münster. These treaties ended the Thirty Years' War in the Holy Roman Empire, and the Eighty Years' War between Spain and the Dutch Republic, with Spain formally recognizing the...
(1648), which, in relation to state
Sovereign state
A sovereign state, or simply, state, is a state with a defined territory on which it exercises internal and external sovereignty, a permanent population, a government, and the capacity to enter into relations with other sovereign states. It is also normally understood to be a state which is neither...
s, codified the basic principles:

Different cultures and governments have, understandably, had different ideas about sovereignty.

The Roman
Ancient Rome
Ancient Rome was a thriving civilization that grew on the Italian Peninsula as early as the 8th century BC. Located along the Mediterranean Sea and centered on the city of Rome, it expanded to one of the largest empires in the ancient world....
jurist Ulpian
Ulpian
Gnaeus Domitius Annius Ulpianus , anglicized as Ulpian, was a Roman jurist of Tyrian ancestry.-Biography:The exact time and place of his birth are unknown, but the period of his literary activity was between AD 211 and 222...
observed that:

Ulpian was expressing the idea that the Emperor exercised a rather absolute form of sovereignty, although he did not use the term expressly. Ulpian's statements were known in medieval Europe, but sovereignty was not an important concept in medieval times. Medieval monarchs were not sovereign, at least not strongly so, because they were constrained by, and shared power with, their feudal
Feudalism
Feudalism was a set of legal and military customs in medieval Europe that flourished between the 9th and 15th centuries, which, broadly defined, was a system for ordering society around relationships derived from the holding of land in exchange for service or labour.Although derived from the...
aristocracy. Furthermore, both were strongly constrained by custom. "sovereignty." Encyclopædia Britannica. Encyclopædia Britannica Online Academic Edition. Encyclopædia Britannica, 2011. Web. 05 Oct. 2011.