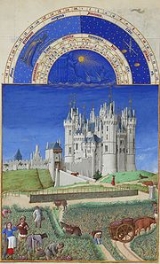 Encyclopedia
September is the 9th month
Month
A month is a unit of time, used with calendars, which was first used and invented in Mesopotamia, as a natural period related to the motion of the Moon; month and Moon are cognates. The traditional concept arose with the cycle of moon phases; such months are synodic months and last approximately...
of the year
Year
A year is the orbital period of the Earth moving around the Sun. For an observer on Earth, this corresponds to the period it takes the Sun to complete one course throughout the zodiac along the ecliptic....
in the Julian
Julian calendar
The Julian calendar began in 45 BC as a reform of the Roman calendar by Julius Caesar. It was chosen after consultation with the astronomer Sosigenes of Alexandria and was probably designed to approximate the tropical year .The Julian calendar has a regular year of 365 days divided into 12 months...
and Gregorian Calendar
Gregorian calendar
The Gregorian calendar, also known as the Western calendar, or Christian calendar, is the internationally accepted civil calendar. It was introduced by Pope Gregory XIII, after whom the calendar was named, by a decree signed on 24 February 1582, a papal bull known by its opening words Inter...
s and one of four months with a length of 30 day
Day
A day is a unit of time, commonly defined as an interval equal to 24 hours. It also can mean that portion of the full day during which a location is illuminated by the light of the sun...
s.

In Latin, septem means "seven" and septimus means "seventh
Seventh
Seventh may refer to:* Seventh Amendment to the United States Constitution-Music:* Diminished seventh, a chromatically reduced minor seventh interval...
"; September was in fact the seventh month of the Roman calendar
Roman calendar
The Roman calendar changed its form several times in the time between the founding of Rome and the fall of the Roman Empire. This article generally discusses the early Roman or pre-Julian calendars...
until 153 BC, when the first month changed from Kalendas Martius (1 March) to Kalendas Januarius (1 January). It is the sixth month of the Astrological calendar, which begins end of March/Mars/Aries.

September begins on the same day of the week as December every year, because there are 91 days separating September and December, which is a multiple of seven (the number of days in the week). No other month ends on the same day of the week as September in any year. Students in school however, who have a September-June school year will have the calendar for June at the end of the school year match the calendar for this month, provided that June is not part of a leap year. 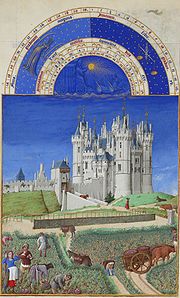 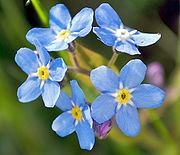 American Football
American football
American football is a sport played between two teams of eleven with the objective of scoring points by advancing the ball into the opposing team's end zone. Known in the United States simply as football, it may also be referred to informally as gridiron football. The ball can be advanced by...
starts both collegiate and professional seasons in the beginning of September. Typically, families will celebrate the first week by holding parties and playing backyard football.