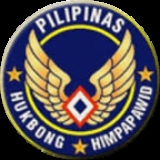 How many PAF personnel were there in the 80s?

I am a registered nurse and i would like to apply as PAF member, what is the best position should i apply?

I am a registered nurse and i would like to apply as PAF member, what is the est position shouldi apply?

is there any policy, letter order or memorandum on the use of powerpoint presentation on briefing?

How can I joined the PAF, what are the requirements
More

The following are the list of Commanding Generals of the PAF:

Over 15 years after the 1995 passage of the Armed Forces Philippines (AFP) Moderation Program (Republic Act 7898), the Philippine Air Force remains in dire need of modernization. The current incarnation of the AFP modernization program is the Capability Upgrade Program (CUP) which defers PAF-related modernization efforts to the second and third phases of a three-phase program. Much to the consternation of PAF observers and personnel, the first phase, dubbed "Back to Basics" focuses on improving the AFP's ability to conduct Internal Security Operations (ISO). What little funding the PAF receives in this phase revolve around the PAF's role in supporting ground operations.

More advanced aircraft are expected in Phases 2 and 3 of the CUP, which is when genuine modernization is expected to start. PAF-related components of these phases are grouped into what it calls "Horizon programs", with Horizon 2 expected to begin in the 2010 to 2012 time frame.

In 1992 the PAF received offers for both the IAI Kfir
IAI Kfir
The Israel Aircraft Industries Kfir is an Israeli-built all-weather, multirole combat aircraft based on a modified Dassault Mirage 5 airframe, with Israeli avionics and an Israeli-made version of the General Electric J79 turbojet engine.-Background:...
and the F-16 Fighting Falcon
F-16 Fighting Falcon
The General Dynamics F-16 Fighting Falcon is a multirole jet fighter aircraft originally developed by General Dynamics for the United States Air Force . Designed as an air superiority day fighter, it evolved into a successful all-weather multirole aircraft. Over 4,400 aircraft have been built since...
. The PAF planned to purchase modern fighter aircraft after the 1995 enactment of the AFP Modernization Act.. According to a 1996 article in Flight International
Flight International
Flight International is a global aerospace weekly publication produced in the UK. Founded in 1909, it is the world's oldest continuously published aviation news magazine...
magazine, PAF was also offered embargoed Pakistani Lockheed Martin
Lockheed Martin
Lockheed Martin is an American global aerospace, defense, security, and advanced technology company with worldwide interests. It was formed by the merger of Lockheed Corporation with Martin Marietta in March 1995. It is headquartered in Bethesda, Maryland, in the Washington Metropolitan Area....
F-16A/Bs and new-build F-18C/Ds, and considered the Dassault Mirage 2000, the JF-17 Thunder
JF-17 Thunder
The PAC JF-17 Thunder , or CAC FC-1 Xiaolong , is a light-weight, single-engine, multi-role combat aircraft developed jointly by the Chengdu Aircraft Industries Corporation of China, the Pakistan Air Force and the Pakistan Aeronautical Complex...
and the MAPO-MiG MiG-29. The article also reports that earlier offers of secondhand French Dassault Mirage F-1s and Denel Cheetahs
Atlas Cheetah
The Atlas Cheetah is a fighter aircraft currently operated by the Ecuadorian Air Force. It was operated by the South African Air Force between 1986 and 2008. It was first built as a major upgrade of the Dassault Mirage III by the Atlas Aircraft Corporation of South Africa in South Africa and is...
from South Africa appeared to have been rejected. However, these modernization programs were put on hold after the Philippines' economy was impacted by the 1997 Asian Financial Crisis.

As the service focuses on the current Internal Security Operations (ISO) of the AFP, current efforts are concentrated on the acquisition of aircraft for counter-insurgency (COIN
Counter insurgency
A counter-insurgency or counterinsurgency involves actions taken by the recognized government of a nation to contain or quell an insurgency taken up against it...
) operations, in particular, more helicopter gunships and transport aircraft.

In June 2010 the Department of National Defense
Department of National Defense (Philippines)
The Department of National Defense is the executive department of the Philippine government responsible for guarding against external and internal threats to peace and security in the country...
(DND) is also looking at Canada
Canada
Canada is a North American country consisting of ten provinces and three territories. Located in the northern part of the continent, it extends from the Atlantic Ocean in the east to the Pacific Ocean in the west, and northward into the Arctic Ocean...
or France
France
The French Republic , The French Republic , The French Republic , (commonly known as France , is a unitary semi-presidential republic in Western Europe with several overseas territories and islands located on other continents and in the Indian, Pacific, and Atlantic oceans. Metropolitan France...
for the acquisition of fighter jets.

An older acquisition project, the Night Capable Attack Helicopter (NCAH), was abandoned due to procedural irregularities. The Office of the Ombudsman is currently investigating this project.

Engines of 20 MD-520 attack helicopters are currently being overhauled. The PAF elected to pursue this project via FMS.

The first aircraft to be acquired for the five-year modernization plan were the Aermacchi S-211
Aermacchi S-211
The Aermacchi S-211 is a turbofan-powered military trainer aircraft designed and originally marketed by SIAI Marchetti as the S.211. Some 60 aircraft have been sold to air forces around the world. Aermacchi bought the production rights in 1997...
. With the retirement of its F-5s in 2005, these trainers assumed the role as principal jet combat aircraft of the Philippine Air Force.

To address a chronic backlog in pilot training, where prospective pilots are temporarily assigned alternative functions because of a lack of training aircraft, the PAF issued requirements for additional T-41 Mescaleros and SF-260 trainers.

Fifteen (15) additional second-hand T-41Bs arrived on December 4, 2008 by way of Korea. These were given free, but in disassembled form. These arrived at the 410th Maintenance Wing in Clark AFB, whose personnel completed re-assembly of the aircraft February 12, 2009 – 4 days ahead of schedule. These were inaugurated into service on March 5.

The Aermacchi SF.260 acquisition is also on its way after being delayed due to exchange rate issue with Alenia Aermacchi. Aerotech Industries Philippines, the domestic partner of Alenia Aermacchi, will be delivering the first batch of 4 locally-assembled aircraft to the air force by June 2010. The contract involves 18 new aircraft.. 8 brand new units have been delivered as of November 2010, with the remaining 10 due by 1st quarter 2011.

In May 2010, Air Force chief Lt. Gen. Oscar Rabena announced that the PAF was ordered to submit generic types of advanced jet trainers that will replace the S-211. According to Gen. Rabena, they are choosing models from Europe and Asia, and following evaluation, the Department of National Defense will open bidding for the purchase of such aircraft.

In 2007 the Philippine Air Force sent a delegation to China upon the formal invitation of China Aviation Industry Corp. (CATIC). The five-man team, led by Major General Pedro Ike Insierto, inspected the company's line of utility helicopters and fixed-wing transport aircraft. Lieutenant General Horacio Tolentino, Air Force chief at the time, clarified that the inspection did not signify an intent to purchase the aircraft being offered.

Horizon 2, the transition stage to territorial defense, is set to take effect by 2012.
Air Force Chief Lt. Gen. Pedrito Cadungog said the Air Force is presently in the process of making a study of what type of fighter jets they are going to acquire. He said the acquisition can only start after 2010 which is the projected defeat of internal security threats.

|-----
|}
Wherever possible the PAF has relied on local skills for modification projects, as in the recent Huey II program. However only 2 Hueys were modified in that program, which may not be continued.

The Philippine Air Force retired its fleet of Northrop F-5A/B Freedom Fighter with a ceremony on October 1, 2005. The F-5s were used by the PAF's Blue Diamonds aerobatics team, and have appeared in several films and television programs shot in the Philippines.

At one point, the PAF also operated 25 F-8H Crusaders—the most advanced fighter aircraft to see service in the PAF to date. Unlike the comparatively newer F-5As which were day- fighters with ranging radars only, the Crusaders gave the PAF true all-weather interception capability. These have since been retired, and the airframes are now being sold for scrap.

In 1992 the Philippine Air Force received 24 OV-10A Broncos from the USAF-operated Aerospace Maintenance and Regeneration Center (AMARC) at Davis-Monthan AFB, Arizona, replacing the AT-28D Trojan as the PAF's main air to ground aircraft to complement the MG-520s of the 15th Strike Wing based at Sangley Air Base, Cavite City. These OV-10s have been credited with numerous air strikes against the MILF, MNLF, Abu Sayaff, and NPA rebel forces, with zero losses during these sorties. Most PAF OV-10 losses have been due to pilot error, technical and mechanical issues, with aircrew losses mostly coming from the second batch of OV-10s delivered. Almost all of the original PAF OV-10 pilots are either on administrative duty or have left the PAF for civilian jobs.

From January to July 2010, there were 4 accidents and incidents with 11 fatalities: