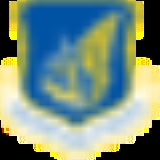 Overview
Clark Air Base is a former United States Air Force
United States Air Force
The United States Air Force is the aerial warfare service branch of the United States Armed Forces and one of the American uniformed services. Initially part of the United States Army, the USAF was formed as a separate branch of the military on September 18, 1947 under the National Security Act of...
base on Luzon Island in the Philippines
Philippines
The Philippines , officially known as the Republic of the Philippines , is a country in Southeast Asia in the western Pacific Ocean. To its north across the Luzon Strait lies Taiwan. West across the South China Sea sits Vietnam...
, located 3 miles west of Angeles City
Angeles City
The City of Angeles , located within the province of Pampanga in the Philippines, is locally classified as a first-class, highly-urbanized city. Its name is derived from El Pueblo de los Ángeles in honor of its patron saints, Los Santos Ángeles de los Custodios , and the name of its founder, Don...
, about 40 miles northwest of Metro Manila
Metro Manila
Metropolitan Manila , the National Capital Region , or simply Metro Manila, is the metropolitan region encompassing the City of Manila and its surrounding areas in the Philippines...
. Clark Air Base was an American military facility from 1903 to 1991. The base covered 14.3 square miles (37 km²) with a military reservation extending north that covered another 230 square miles (596 km²).

The base was a stronghold of the combined Filipino and American forces during the end of World War II
World War II
World War II, or the Second World War , was a global conflict lasting from 1939 to 1945, involving most of the world's nations—including all of the great powers—eventually forming two opposing military alliances: the Allies and the Axis...
, and until 1975, it was a backbone of logistical support during the Vietnam War
Vietnam War
The Vietnam War was a Cold War-era military conflict that occurred in Vietnam, Laos, and Cambodia from 1 November 1955 to the fall of Saigon on 30 April 1975. This war followed the First Indochina War and was fought between North Vietnam, supported by its communist allies, and the government of...
.

Is there any patrick pallen in clark pampanga base of us air force back in year 1990?
More

To whom is Calrk Air Base named after?
More
x