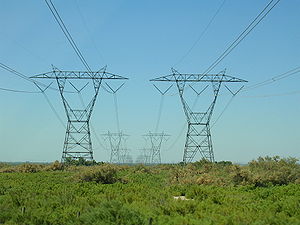 Nonbuilding structures, also referred to simply as structures, are those not designed for continuous human occupancy
Occupancy
Occupancy in building construction and building codes is the use or intended use of a building or part thereof for the shelter or support of persons, animals or property. A closely related meaning is the number of units in such a building that are rented or leased, or otherwise in-use...
. The term is used by architect
Architect
An architect is a person trained in the planning, design and oversight of the construction of buildings. To practice architecture means to offer or render services in connection with the design and construction of a building, or group of buildings and the space within the site surrounding the...
s and structural engineers to distinctly identify structures that are not buildings.
Examples of nonbuilding structures:

Some structures that are occupied periodically and would otherwise be considered nonbuilding structures are categorized as "buildings" for fire and life safety purposes: