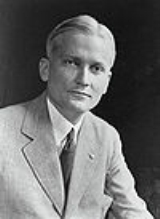 Bingham was born in Honolulu, Hawaii
Honolulu, Hawaii
Honolulu is the capital and the most populous city of the U.S. state of Hawaii. Honolulu is the southernmost major U.S. city. Although the name "Honolulu" refers to the urban area on the southeastern shore of the island of Oahu, the city and county government are consolidated as the City and...
, to Hiram Bingham II
Hiram Bingham II
Hiram Bingham, formally Hiram Bingham II , was a Protestant Christian missionary to Hawaii and the Gilbert Islands....
(1831–1908), an early Protestant missionary to the Kingdom of Hawai'i, the grandson of Hiram Bingham I
Hiram Bingham I
Hiram Bingham, formally Hiram Bingham I , was leader of the first group of Protestant missionaries to introduce Christianity to the Hawaiian islands.-Life:...
(1789–1869), another missionary. He attended O'ahu College, now known as Punahou School
Punahou School
Punahou School, once known as Oahu College, is a private, co-educational, college preparatory school located in Honolulu CDP, City and County of Honolulu in the U.S. State of Hawaii...
in Hawai'i from 1882 to 1892. He went to the United States in his teens in order to complete his education, entering Phillips Academy
Phillips Academy
Phillips Academy is a selective, co-educational independent boarding high school for boarding and day students in grades 9–12, along with a post-graduate year...
in Andover, Massachusetts
Andover, Massachusetts
Andover is a town in Essex County, Massachusetts, United States. It was incorporated in 1646 and as of the 2010 census, the population was 33,201...
, from which he graduated in 1894. He obtained a B.A. degree from Yale University
Yale University
Yale University is a private, Ivy League university located in New Haven, Connecticut, United States. Founded in 1701 in the Colony of Connecticut, the university is the third-oldest institution of higher education in the United States...
in 1898, a degree from the University of California, Berkeley
University of California, Berkeley
The University of California, Berkeley , is a teaching and research university established in 1868 and located in Berkeley, California, USA...
in 1900, and a Ph. D. degree from Harvard University
Harvard University
Harvard University is a private Ivy League university located in Cambridge, Massachusetts, United States, established in 1636 by the Massachusetts legislature. Harvard is the oldest institution of higher learning in the United States and the first corporation chartered in the country...
in 1905. While at Yale, Bingham was a member of Acacia Fraternity
Acacia Fraternity
Acacia Fraternity is a Greek social fraternity originally based out of Masonic tradition. At its founding in 1904, membership was originally restricted to those who had taken the Masonic obligations, and the organization was built on those ideals and principles. Within one year, four other Masonic...
. He taught history and politics at Harvard and then served as preceptor under Woodrow Wilson
Woodrow Wilson
Thomas Woodrow Wilson was the 28th President of the United States, from 1913 to 1921. A leader of the Progressive Movement, he served as President of Princeton University from 1902 to 1910, and then as the Governor of New Jersey from 1911 to 1913...
at Princeton University
Princeton University
Princeton University is a private research university located in Princeton, New Jersey, United States. The school is one of the eight universities of the Ivy League, and is one of the nine Colonial Colleges founded before the American Revolution....
. In 1907, Yale University appointed Bingham III as a lecturer in South American history.

Bingham was not a trained archaeologist. Yet, it was during Bingham's time as a lecturer – later professor – at Yale that he discovered the largely forgotten Inca city of Machu Picchu
Machu Picchu
Machu Picchu is a pre-Columbian 15th-century Inca site located above sea level. It is situated on a mountain ridge above the Urubamba Valley in Peru, which is northwest of Cusco and through which the Urubamba River flows. Most archaeologists believe that Machu Picchu was built as an estate for...
. In 1908, he had served as delegate to the First Pan American Scientific Congress at Santiago, Chile
Santiago, Chile
Santiago , also known as Santiago de Chile, is the capital and largest city of Chile, and the center of its largest conurbation . It is located in the country's central valley, at an elevation of above mean sea level...
. On his way home via Peru
Peru
Peru , officially the Republic of Peru , is a country in western South America. It is bordered on the north by Ecuador and Colombia, on the east by Brazil, on the southeast by Bolivia, on the south by Chile, and on the west by the Pacific Ocean....
, a local prefect convinced him to visit the pre-Columbian city of Choquequirao
Choquequirao
Choquequirao is a ruined Inca city in south Peru, similar in structure and architecture to Machu Picchu. The ruins are buildings and terraces at levels above and below Sunch'u Pata, the truncated hill top...
. Bingham published an account of this trip in Across South America; an account of a journey from Buenos Aires to Lima by way of Potosí, with notes on Brazil, Argentina, Bolivia, Chile, and Peru (1911).

Bingham was thrilled by the prospect of unexplored Inca cities, and in 1911 returned to the Andes
Andes
The Andes is the world's longest continental mountain range. It is a continual range of highlands along the western coast of South America. This range is about long, about to wide , and of an average height of about .Along its length, the Andes is split into several ranges, which are separated...
with the Yale Peruvian Expedition of 1911. On July 24, 1911, Melchor Arteaga led Bingham to Machu Picchu, which had been largely forgotten by everybody except the small number of people living in the immediate valley (possibly including two local missionaries named Thomas Payne and Stuart McNairn whose descendants claim that they had already climbed to the ruins in 1906). Also the Cusco explorers Enrique Palma, Gabino Sanchez and Agustín Lizarraga are said to have arrived at the site in 1901.

Machu Picchu has become one of the major tourist attractions in South America, and Bingham is recognized as the man who brought the site to world attention, although many others helped to bring this site into the public eye. The switchback-filled road that carries tourist buses to the site from the Urubamba River
Urubamba River
The Urubamba River is a river in Peru. A partially navigable headwater of the Amazon River, it rises in the Andes to the south-east of Cuzco near the Puno Region border, where it is called the Vilcanota River . In the Sacred Valley, between Písac and Ollantaytambo, it is also called the Wilcamayu...
is called the Hiram Bingham Highway.

Bingham has been cited as one possible basis for the "Indiana Jones
Indiana Jones
Colonel Henry Walton "Indiana" Jones, Jr., Ph.D. is a fictional character and the protagonist of the Indiana Jones franchise. George Lucas and Steven Spielberg created the character in homage to the action heroes of 1930s film serials...
" character. His book Lost City of the Incas became a bestseller upon its publication in 1948.

Peru has long sought the return of the estimated 40,000 artifacts, including mummies, ceramics and bones, that Bingham had excavated and exported from the Machu Picchu site. On September 14, 2007, an agreement was made between Yale University and the Peruvian government for the return of the objects. On April 12, 2008, the Peruvian government stated that it had revised previous estimates of 4,000 pieces up to 40,000.


Prior discoverers of Machu Picchu

Soon after Bingham announced the existence of Machu Picchu others came forward claiming to have seen the city first, such as the British missionary Thomas Payne and a German engineer named J. M. von Hassel. Recent discoveries have put forth a new claimant, a German named Augusto Berns who bought land opposite the Machu Picchu mountain in the 1860s and then tried to raise money from investors to plunder nearby Incan ruins. An 1874 map shows the site of Machu Picchu
Machu Picchu
Machu Picchu is a pre-Columbian 15th-century Inca site located above sea level. It is situated on a mountain ridge above the Urubamba Valley in Peru, which is northwest of Cusco and through which the Urubamba River flows. Most archaeologists believe that Machu Picchu was built as an estate for...
.

He married Alfreda Mitchell, granddaughter of Charles L. Tiffany, on November 20, 1899, and had seven sons: Woodbridge (1901–1986) (professor), Hiram Bingham IV
Hiram Bingham IV
Hiram "Harry" Bingham IV was an American diplomat. He served as a Vice-Consul in Marseille, France, during World War II, and helped over 2,500 Jews to flee from France as Nazi forces advanced.-Early life:...
(1903–1988) (diplomat and World War II hero), Alfred Mitchell Bingham (1905–1998) (lawyer and author), Charles Tiffany (1906–1993) (physician), Brewster (1908–1995) (minister), Mitchell (1910–1994) (artist), and Jonathan Brewster Bingham
Jonathan Brewster Bingham
Jonathan Brewster Bingham was an American politician and diplomat...
(1914–1986) (Democratic Congressman
United States House of Representatives
The United States House of Representatives is one of the two Houses of the United States Congress, the bicameral legislature which also includes the Senate.The composition and powers of the House are established in Article One of the Constitution...
). After a divorce he married Suzanne Carroll Hill in June 1937.

Bingham achieved the rank of captain of the Connecticut National Guard in 1916. In 1917, he became an aviator and organized the United States Schools of Military Aeronautics at eight universities to provide ground school training for aviation cadets. He served the Aviation Section, U.S. Signal Corps
Aviation Section, U.S. Signal Corps
The Aviation Section, Signal Corps, was the military aviation service of the United States Army from 1914 to 1918, and a direct ancestor of the United States Air Force. It replaced and absorbed the Aeronautical Division, Signal Corps, and was succeeded briefly by the Division of Military...
and the Air Service
United States Army Air Service
The Air Service, United States Army was a forerunner of the United States Air Force during and after World War I. It was established as an independent but temporary wartime branch of the War Department by two executive orders of President Woodrow Wilson: on May 24, 1918, replacing the Aviation...
, attaining the rank of lieutenant colonel. In Issoudun
Issoudun
Issoudun is a commune in the Indre department in central France. It is also referred to as Issoundun, which is the ancient name.-History:...
, France, Bingham commanded the primary Air Service flying school. He became a supporter of the Air Service in their post-war quest for independence from the Army and supported that effort, in part, with the publication of his wartime experiences titled, An Explorer in the Air Service published in 1920 by Yale University Press.

In 1922, Bingham was elected Lieutenant Governor of Connecticut, an office he held until 1924. In November 1924, he was elected Governor. On December 16, 1924, Bingham was also elected as a Republican to serve in the United States Senate to fill a vacancy created by the suicide of Frank Bosworth Brandegee. Bingham defeated noted educator Hamilton Holt
Hamilton Holt
Hamilton Holt was an American educator, editor, author and politician.-Editor:...
by a handy margin. Now both Governor-elect and Senator-elect, Bingham served as Governor for one day, the shortest term of any Connecticut Governor.

Bingham was re-elected to a full six-year term in the Senate in 1926.

Bingham failed in his second reelection effort in the wake of the 1932 Democratic landslide following the Great Depression and left the Senate at the end of his second term in 1933.


Censure In The Senate

The Senate Judiciary Subcommittee investigated an arrangement between Bingham, his clerk, and a lobbyist who agreed to pass information on to Bingham's office after executing a plan that was irregular, "even by the standards of his day." Bingham took his clerk off duty, and paid his salary to the lobbyist, thus allowing him to attend as a Senate staffer to closed meetings of the Finance Committee's deliberations on tariff legislation.

The initial ruling of the Judiciary Subcommittee was a condemnation of Bingham's scheme; but recommended no formal Senate action. Subsequently, Bingham decided to label the subcommittee's inquiry as a partisan witch hunt, provoking further Senate interest which eventually led to a resolution of censure that passed on November 4, 1929, by a vote of 54 to 22.