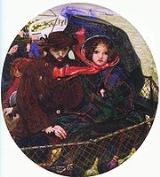 Emigration is the act of leaving one's country or region to settle
Settler
A settler is a person who has migrated to an area and established permanent residence there, often to colonize the area. Settlers are generally people who take up residence on land and cultivate it, as opposed to nomads...
in another. It is the same as immigration
Immigration
Immigration is the act of foreigners passing or coming into a country for the purpose of permanent residence...
but from the perspective of the country of origin. Human movement before the establishment of political boundaries or within one state is termed migration
Human migration
Human migration is physical movement by humans from one area to another, sometimes over long distances or in large groups. Historically this movement was nomadic, often causing significant conflict with the indigenous population and their displacement or cultural assimilation. Only a few nomadic...
. There are many reasons why people might choose to emigrate. Some are for reasons of religious, political or economic freedom
Economic freedom
Economic freedom is a term used in economic and policy debates. As with freedom generally, there are various definitions, but no universally accepted concept of economic freedom...
or escape. Others have personal reasons such as marriage. Some people living in rich nations with cold climates choose to move to warmer climates when they retire.

Many political or economic emigrants move together with their families toward new regions or new countries where they hope to find peace or job opportunities not available to them in their original location. Throughout history a large number of emigrants return to their homelands, often after they have earned sufficient money in the other country. Sometimes these emigrants move to countries with big cultural differences and will always feel as guests in their destinations, and preserve their original culture, traditions and language, sometimes transmitting them to their children. The conflict between the native and the newer culture may easily create social contrasts, generally resulting in an uncomfortable situation for the "foreigners", who have to understand legal and social systems sometimes new and strange to them. Often, communities of emigrants grow up in the destination areas.

Emigration had a profound influence on the world in the 18th, 19th, and 20th centuries, when millions of poor families left Europe
Europe
Europe is, by convention, one of the world's seven continents. Comprising the westernmost peninsula of Eurasia, Europe is generally 'divided' from Asia to its east by the watershed divides of the Ural and Caucasus Mountains, the Ural River, the Caspian and Black Seas, and the waterways connecting...
for the United States
United States
The United States of America is a federal constitutional republic comprising fifty states and a federal district...
, Canada
Canada
Canada is a North American country consisting of ten provinces and three territories. Located in the northern part of the continent, it extends from the Atlantic Ocean in the east to the Pacific Ocean in the west, and northward into the Arctic Ocean...
, Brazil
Brazil
Brazil , officially the Federative Republic of Brazil , is the largest country in South America. It is the world's fifth largest country, both by geographical area and by population with over 192 million people...
, Argentina
Argentina
Argentina , officially the Argentine Republic , is the second largest country in South America by land area, after Brazil. It is constituted as a federation of 23 provinces and an autonomous city, Buenos Aires...
, the rest of Latin America
Latin America
Latin America is a region of the Americas where Romance languages  – particularly Spanish and Portuguese, and variably French – are primarily spoken. Latin America has an area of approximately 21,069,500 km² , almost 3.9% of the Earth's surface or 14.1% of its land surface area...
, Australia
Australia
Australia , officially the Commonwealth of Australia, is a country in the Southern Hemisphere comprising the mainland of the Australian continent, the island of Tasmania, and numerous smaller islands in the Indian and Pacific Oceans. It is the world's sixth-largest country by total area...
and New Zealand
New Zealand
New Zealand is an island country in the south-western Pacific Ocean comprising two main landmasses and numerous smaller islands. The country is situated some east of Australia across the Tasman Sea, and roughly south of the Pacific island nations of New Caledonia, Fiji, and Tonga...
.

Even though definitions may be vague and vary somewhat, emigration/immigration should not be confused with the phenomenon of involuntary migration, such as instances of population transfer
Population transfer
Population transfer is the movement of a large group of people from one region to another by state policy or international authority, most frequently on the basis of ethnicity or religion...
or ethnic cleansing
Ethnic cleansing
Ethnic cleansing is a purposeful policy designed by one ethnic or religious group to remove by violent and terror-inspiring means the civilian population of another ethnic orreligious group from certain geographic areas....
.

Motives to migrate can be either incentives attracting people away, known as pull factors, or circumstances encouraging a person to leave, known as push factors, for example: 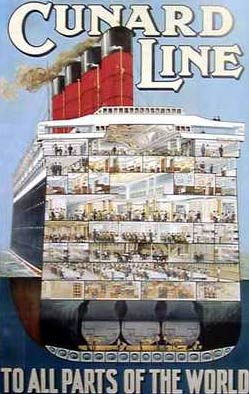 Some countries restrict the ability of their citizens to emigrate to other countries. After 1668, the Qing
Qing Dynasty
The Qing Dynasty was the last dynasty of China, ruling from 1644 to 1912 with a brief, abortive restoration in 1917. It was preceded by the Ming Dynasty and followed by the Republic of China....
Emperor banned Han Chinese migration to Manchuria
Manchuria
Manchuria is a historical name given to a large geographic region in northeast Asia. Depending on the definition of its extent, Manchuria usually falls entirely within the People's Republic of China, or is sometimes divided between China and Russia. The region is commonly referred to as Northeast...
. In 1681, the emperor ordered construction of the Willow Palisade
Willow Palisade
Willow Palisade was a system of ditches and embankments planted with willows intended to restrict movement into Manchuria, built by the Qing Dynasty during the later 17th century...
, a barrier beyond which the Chinese were prohibited from encroaching on Manchu and Mongol lands.

The Soviet Socialist Republics of the Soviet Union
Soviet Union
The Soviet Union , officially the Union of Soviet Socialist Republics , was a constitutionally socialist state that existed in Eurasia between 1922 and 1991....
began such restrictions in 1918, with laws and borders tightening until even illegal emigration was nearly impossible by 1928. To strengthen this, they set up internal passport controls
Passport system in the Soviet Union
The Soviet passport is an identity document issued upon the laws of the Union of Soviet Socialist Republics for the citizen of the USSR. For the general purposes of identity certification Soviet passports contained such data as name, date of birth, sex, place of birth, nationality and citizenship...
and individual city Propiska
Propiska
Propiska was both a residence permit and migration recording tool in the Russian Empire before 1917 and from 1930s in the Soviet Union. It was documented in local police registers and certified with a stamp in internal passports....
("place of residence") permits, along with internal freedom of movement restrictions often called the 101st kilometre
101st kilometre
101st kilometre is a colloquial name for the law restricting freedom of movement in the Soviet Union.In the Soviet Union, the rights of an inmate released from the prison would typically still be restricted for a long period of time...
, which rules greatly restricted mobility within even small areas.

By the early 1950s, the Soviet approach to controlling international movement was also emulated by China
China
Chinese civilization may refer to:* China for more general discussion of the country.* Chinese culture* Greater China, the transnational community of ethnic Chinese.* History of China* Sinosphere, the area historically affected by Chinese culture...
, Mongolia
Mongolia
Mongolia is a landlocked country in East and Central Asia. It is bordered by Russia to the north and China to the south, east and west. Although Mongolia does not share a border with Kazakhstan, its western-most point is only from Kazakhstan's eastern tip. Ulan Bator, the capital and largest...
, and North Korea
North Korea
The Democratic People’s Republic of Korea , , is a country in East Asia, occupying the northern half of the Korean Peninsula. Its capital and largest city is Pyongyang. The Korean Demilitarized Zone serves as the buffer zone between North Korea and South Korea...
. North Korea still tightly restricts emigration, and contained the most strict emigration bans in the world even in the late 1980s, before the fall of the Berlin Wall, though some North Koreans illegally emigrate to China. Other countries with tight emigration restrictions at one time included Angola
Angola
Angola, officially the Republic of Angola , is a country in south-central Africa bordered by Namibia on the south, the Democratic Republic of the Congo on the north, and Zambia on the east; its west coast is on the Atlantic Ocean with Luanda as its capital city...
, Ethiopia
Ethiopia
Ethiopia , officially known as the Federal Democratic Republic of Ethiopia, is a country located in the Horn of Africa. It is the second-most populous nation in Africa, with over 82 million inhabitants, and the tenth-largest by area, occupying 1,100,000 km2...
, Mozambique
Mozambique
Mozambique, officially the Republic of Mozambique , is a country in southeastern Africa bordered by the Indian Ocean to the east, Tanzania to the north, Malawi and Zambia to the northwest, Zimbabwe to the west and Swaziland and South Africa to the southwest...
, Somalia
Somalia
Somalia , officially the Somali Republic and formerly known as the Somali Democratic Republic under Socialist rule, is a country located in the Horn of Africa. Since the outbreak of the Somali Civil War in 1991 there has been no central government control over most of the country's territory...
, Afghanistan
Afghanistan
Afghanistan , officially the Islamic Republic of Afghanistan, is a landlocked country located in the centre of Asia, forming South Asia, Central Asia and the Middle East. With a population of about 29 million, it has an area of , making it the 42nd most populous and 41st largest nation in the world...
, Burma, Democratic Kampuchea (Cambodia from 1975-1979)
Democratic Kampuchea
The Khmer Rouge period refers to the rule of Pol Pot, Nuon Chea, Ieng Sary, Son Sen, Khieu Samphan and the Khmer Rouge Communist party over Cambodia, which the Khmer Rouge renamed as Democratic Kampuchea....
, Laos
Laos
Laos Lao: ສາທາລະນະລັດ ປະຊາທິປະໄຕ ປະຊາຊົນລາວ Sathalanalat Paxathipatai Paxaxon Lao, officially the Lao People's Democratic Republic, is a landlocked country in Southeast Asia, bordered by Burma and China to the northwest, Vietnam to the east, Cambodia to the south and Thailand to the west...
, North Vietnam
North Vietnam
The Democratic Republic of Vietnam , was a communist state that ruled the northern half of Vietnam from 1954 until 1976 following the Geneva Conference and laid claim to all of Vietnam from 1945 to 1954 during the First Indochina War, during which they controlled pockets of territory throughout...
, Iraq
Iraq
Iraq ; officially the Republic of Iraq is a country in Western Asia spanning most of the northwestern end of the Zagros mountain range, the eastern part of the Syrian Desert and the northern part of the Arabian Desert....
, South Yemen and Cuba
Cuba
The Republic of Cuba is an island nation in the Caribbean. The nation of Cuba consists of the main island of Cuba, the Isla de la Juventud, and several archipelagos. Havana is the largest city in Cuba and the country's capital. Santiago de Cuba is the second largest city...
.