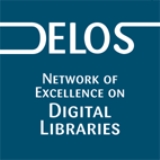 Encyclopedia
The island of Delos isolated in the centre of the roughly circular ring of islands called the Cyclades
Cyclades
The Cyclades is a Greek island group in the Aegean Sea, south-east of the mainland of Greece; and a former administrative prefecture of Greece. They are one of the island groups which constitute the Aegean archipelago. The name refers to the islands around the sacred island of Delos...
, near Mykonos
Mykonos
Mykonos is a Greek island, part of the Cyclades, lying between Tinos, Syros, Paros and Naxos. The island spans an area of and rises to an elevation of at its highest point. There are 9,320 inhabitants most of whom live in the largest town, Mykonos, which lies on the west coast. The town is also...
, is one of the most important mythological, historical and archaeological sites in Greece
Greece
Greece , officially the Hellenic Republic , and historically Hellas or the Republic of Greece in English, is a country in southeastern Europe....
. The excavations in the island are among the most extensive in the Mediterranean; ongoing work takes place under the direction of the French School at Athens and many of the artifacts found are on display at the Archaeological Museum of Delos and the National Archaeological Museum of Athens
National Archaeological Museum of Athens
The National Archaeological Museum in Athens houses some of the most important artifacts from a variety of archaeological locations around Greece from prehistory to late antiquity. It is considered one of the great museums in the world and contains the richest collection of artifacts from Greek...
.

Delos had a position as a holy sanctuary for a millennium before Olympian Greek mythology
Greek mythology
Greek mythology is the body of myths and legends belonging to the ancient Greeks, concerning their gods and heroes, the nature of the world, and the origins and significance of their own cult and ritual practices. They were a part of religion in ancient Greece...
made it the birthplace of Apollo
Apollo
Apollo is one of the most important and complex of the Olympian deities in Greek and Roman mythology...
and Artemis
Artemis
Artemis was one of the most widely venerated of the Ancient Greek deities. Her Roman equivalent is Diana. Some scholars believe that the name and indeed the goddess herself was originally pre-Greek. Homer refers to her as Artemis Agrotera, Potnia Theron: "Artemis of the wildland, Mistress of Animals"...
. From its Sacred Harbour, the horizon shows the two conical mounds (image below) that have identified landscapes sacred to a goddess in other sites: one, retaining its pre-Greek name Mount Kynthos
Cynthus
Mount Cynthus is located on the isle of Delos, part of the Greek Cyclades.In Greek mythology, Leto gave birth to Apollo and Artemis on this island, having been shunned by Zeus' wife Hera who was extremely jealous of his liaison with Leto...
, is crowned with a sanctuary of Dionysus
Dionysus
Dionysus was the god of the grape harvest, winemaking and wine, of ritual madness and ecstasy in Greek mythology. His name in Linear B tablets shows he was worshipped from c. 1500—1100 BC by Mycenean Greeks: other traces of Dionysian-type cult have been found in ancient Minoan Crete...
.

Established as a cult centre, Delos had an importance that its natural resources could never have offered. In this vein Leto
Leto
In Greek mythology, Leto is a daughter of the Titans Coeus and Phoebe. The island of Kos is claimed as her birthplace. In the Olympian scheme, Zeus is the father of her twins, Apollo and Artemis, the Letoides, which Leto conceived after her hidden beauty accidentally caught the eyes of Zeus...
, searching for a birthing-place for Artemis and Apollo, addressed the island:

Delos, if you would be willing to be the abode of my son Phoebus Apollo and make him a rich temple --; for no other will touch you, as you will find: and I think you will never be rich in oxen and sheep, nor bear vintage nor yet produce plants abundantly. But if you have the temple of far-shooting Apollo, all men will bring you hecatomb
Sacrifice
Sacrifice is the offering of food, objects or the lives of animals or people to God or the gods as an act of propitiation or worship.While sacrifice often implies ritual killing, the term offering can be used for bloodless sacrifices of cereal food or artifacts...
s and gather here, and incessant savour of rich sacrifice will always arise, and you will feed those who dwell in you from the hand of strangers; for truly your own soil is not rich.

—Homeric Hymn to Delian Apollo
Homeric Hymns
The Homeric Hymns are a collection of thirty-three anonymous Ancient Greek hymns celebrating individual gods. The hymns are "Homeric" in the sense that they employ the same epic meter—dactylic hexameter—as the Iliad and Odyssey, use many similar formulas and are couched in the same dialect...

Investigation of ancient stone huts found on the island indicate that it has been inhabited since the 3rd millennium BC
3rd millennium BC
The 3rd millennium BC spans the Early to Middle Bronze Age.It represents a period of time in which imperialism, or the desire to conquer, grew to prominence, in the city states of the Middle East, but also throughout Eurasia, with Indo-European expansion to Anatolia, Europe and Central Asia. The...
. Thucydides
Thucydides
Thucydides was a Greek historian and author from Alimos. His History of the Peloponnesian War recounts the 5th century BC war between Sparta and Athens to the year 411 BC...
identifies the original inhabitants as piratical Carians who were eventually expelled by King Minos of Crete. By the time of the Odyssey
Odyssey
The Odyssey is one of two major ancient Greek epic poems attributed to Homer. It is, in part, a sequel to the Iliad, the other work ascribed to Homer. The poem is fundamental to the modern Western canon, and is the second—the Iliad being the first—extant work of Western literature...
the island was already famous as the birthplace of the twin gods Apollo
Apollo
Apollo is one of the most important and complex of the Olympian deities in Greek and Roman mythology...
and Artemis
Artemis
Artemis was one of the most widely venerated of the Ancient Greek deities. Her Roman equivalent is Diana. Some scholars believe that the name and indeed the goddess herself was originally pre-Greek. Homer refers to her as Artemis Agrotera, Potnia Theron: "Artemis of the wildland, Mistress of Animals"...
. (Although there seems to be some confusion of Artemis' birthplace being either Delos or the island of Ortygia
Ortygia
Ortygia is a little island and it is the historical centre of the city of Syracuse, Sicily. The island, also known as Città Vecchia , contains many historical landmarks...
.) Indeed between 900 BC and AD 100, sacred Delos was a major cult centre, where Dionysus
Dionysus
Dionysus was the god of the grape harvest, winemaking and wine, of ritual madness and ecstasy in Greek mythology. His name in Linear B tablets shows he was worshipped from c. 1500—1100 BC by Mycenean Greeks: other traces of Dionysian-type cult have been found in ancient Minoan Crete...
is also in evidence as well as the Titaness Leto
Leto
In Greek mythology, Leto is a daughter of the Titans Coeus and Phoebe. The island of Kos is claimed as her birthplace. In the Olympian scheme, Zeus is the father of her twins, Apollo and Artemis, the Letoides, which Leto conceived after her hidden beauty accidentally caught the eyes of Zeus...
, mother of the above mentioned twin deities. Eventually acquiring panhellenic religious significance, Delos was initially a religious pilgrimage for the Ionians
Ionians
The Ionians were one of the four major tribes into which the Classical Greeks considered the population of Hellenes to have been divided...
.

A number of "purifications" were executed by the city-state of Athens
Athens
Athens , is the capital and largest city of Greece. Athens dominates the Attica region and is one of the world's oldest cities, as its recorded history spans around 3,400 years. Classical Athens was a powerful city-state...
in an attempt to render the island fit for the proper worship of the gods. The first took place in the 6th century BC, directed by the tyrant Pisistratus
Peisistratos (Athens)
Peisistratos was a tyrant of Athens from 546 to 527/8 BC. His legacy lies primarily in his institution of the Panathenaic Festival and the consequent first attempt at producing a definitive version for Homeric epics. Peisistratos' championing of the lower class of Athens, the Hyperakrioi, can be...
who ordered that all graves within sight of the temple be dug up and the bodies moved to another nearby island. In the 5th century, during the 6th year of the Peloponnesian war
Peloponnesian War
The Peloponnesian War, 431 to 404 BC, was an ancient Greek war fought by Athens and its empire against the Peloponnesian League led by Sparta. Historians have traditionally divided the war into three phases...
and under instruction from the Delphic Oracle
Delphi
Delphi is both an archaeological site and a modern town in Greece on the south-western spur of Mount Parnassus in the valley of Phocis.In Greek mythology, Delphi was the site of the Delphic oracle, the most important oracle in the classical Greek world, and a major site for the worship of the god...
, the entire island was purged of all dead bodies. It was then ordered that no one should be allowed to either die or give birth on the island due to its sacred importance and to preserve its neutrality in commerce, since no one could then claim ownership through inheritance. Immediately after this purification, the first quinquennial festival of the Delian games were celebrated there.
After the Persian wars the island became the natural meeting-ground for the Delian League
Delian League
The Delian League, founded in circa 477 BC, was an association of Greek city-states, members numbering between 150 to 173, under the leadership of Athens, whose purpose was to continue fighting the Persian Empire after the Greek victory in the Battle of Plataea at the end of the Greco–Persian Wars...
, founded in 478 BC, the congresses being held in the temple (a separate quarter was reserved for foreigners and the sanctuaries of foreign deities.) The League's common treasury was kept here as well until 454 BC when Pericles
Pericles
Pericles was a prominent and influential statesman, orator, and general of Athens during the city's Golden Age—specifically, the time between the Persian and Peloponnesian wars...
removed it to Athens.

Since 1872 the École Française d'Athènes ("French School of Athens") has been excavating the island, the complex of buildings of which compares with those of Delphi and Olympia
Olympia, Greece
Olympia , a sanctuary of ancient Greece in Elis, is known for having been the site of the Olympic Games in classical times, comparable in importance to the Pythian Games held in Delphi. Both games were held every Olympiad , the Olympic Games dating back possibly further than 776 BC...
.

The island had no productive capacity for food, fiber, or timber, with such being imported. Limited water was exploited with an extensive cistern and aqueduct system, wells, and sanitary drains. Various regions operated agora
Agora
The Agora was an open "place of assembly" in ancient Greek city-states. Early in Greek history , free-born male land-owners who were citizens would gather in the Agora for military duty or to hear statements of the ruling king or council. Later, the Agora also served as a marketplace where...
s (markets). The largest slave market in the larger region was also maintained here.

In 1990, UNESCO
UNESCO
The United Nations Educational, Scientific and Cultural Organization is a specialized agency of the United Nations...
inscribed Delos on the World Heritage List, citing it as the "exceptionally extensive and rich" archaeological site which "conveys the image of a great cosmopolitan Mediterranean port".